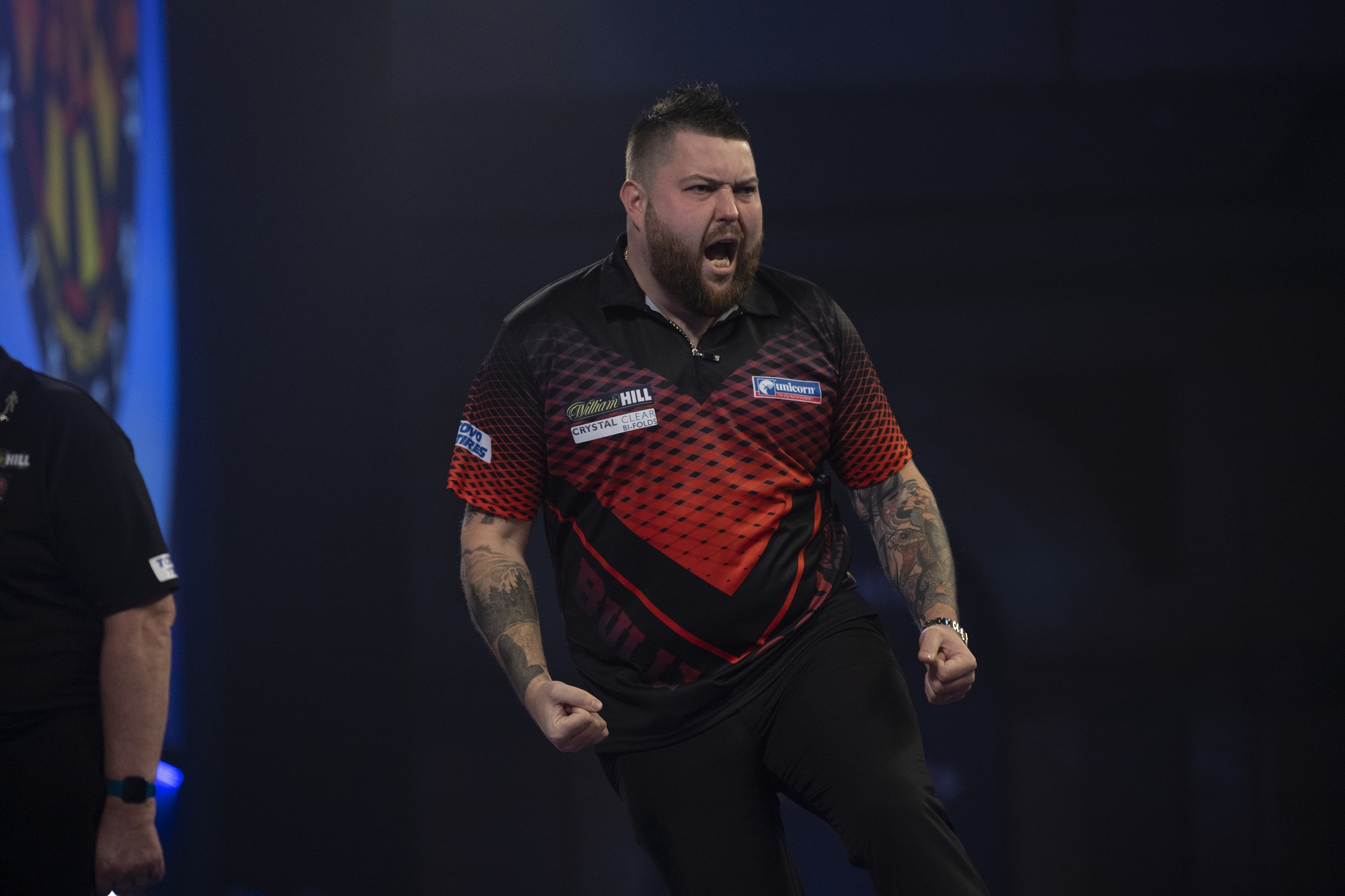 Barney and Smith serve up a classic

Michael Smith defeated Raymond van Barneveld 5-4 in the final game of the Saturdays action. The winner of 2012 Grand Slam of Darts returned to a PDC stage for the first time months and put a solid performance but it was Bully Boy who came through a last leg shoot out.

Also in Group H, Gary Anderson eased past Joe Davis. Joe Davis who is struggling with a elbow injury struggled to find his rhythm and lost 5-1 to an under par Gary Anderson who averaged just 81.

MVG masterclass on night one

Michael van Gerwen put in one of the performances on the first day, whitewashing Lisa Ashton 5-0. Michal averaged 105.85 in a dominant display which put him control of Group G. Michael van Gerwen will play Joe Cullen on Sunday evening.

The whitewashing continued in Group G, with Joe Cullen firing in four 180’s in five legs to beat John Henderson.

Peter Wright got the better of The Queen of the Palace, with a 5-1 win. The scoreline doesn’t really reflect the performance of Fallon Sherrock however, missing 8 darts at a double in this short format allowed Wright to punish which he did in this Group E tie.

In Group E, we also saw Gabriel Clemens open up the evening session with a 5-1 win over a Mike De Decker. The German Giant will now take on Peter Wright on Sunday evening.

A group stage classic from Mensur Suljovic and Luke Humphries saw them both average over 100 as The Gentle wins 5-3 to put himself in a strong position in Group F.

Also in Group F, Jose de Sousa won 5-1 against Matt Campbell. The Canadian will be disappointed with his debut at the Slam only averaging 83 and he will know he will need to step it up to get the better of Cool Hand tomorrow night.

To see the full report of the afternoons session