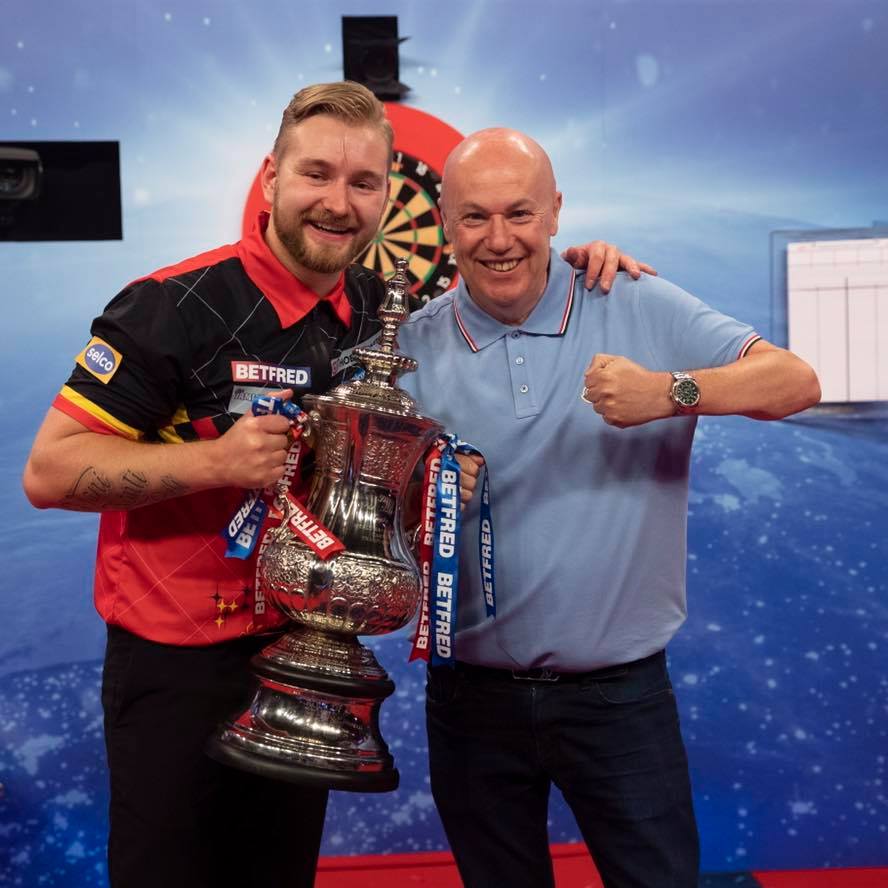 Elkin is Managing Director of the Sportsman Management Company, who represents van den Bergh. After winning his maiden TV title, all talk was around a premier League pick for 2021. Although no official qualifying criteria for the Premier League, all TV major winners get the nod. Only Paul Nicholson who won the Players Championships Finals in 2010 has ever missed out on the PDC Premier League.

Speaking to us here at Online Darts Elkin said

“I think he’s ready; I think he’ll do damage. When he played Premier League as one of the contenders, he played James Wade in Rotterdam. He came away with the draw; he played absolutely brilliant. Not fazed or nothing. I think now he’s ready I really do.”

This year’s Premier League is yet to be finished due to the ongoing COVID 19 pandemic. The last Premier League night was back in March in Liverpool. The Premier League is due to recompense behind closed doors in Milton Keynes on the 25th of August for six nights.
Looking at the stats, it certainly leans towards van den Bergh being picked for the 2021 PDC Premier League. The way the game has moved and is still moving the Premier League could have a very different feel over the next few years.

With many of the old guard starting to fall in the rankings and the younger crops of stars on the rise, we could see an exciting fresh-looking PDC Premier League. Van den Bergh’s win at the World Matchplay could be the catalyst to change at the top of the PDC rankings.

If you want to watch the remainder of this years PDC Premier League, then you can stream all the action. All the information you need can be found here on our Live Streaming page.