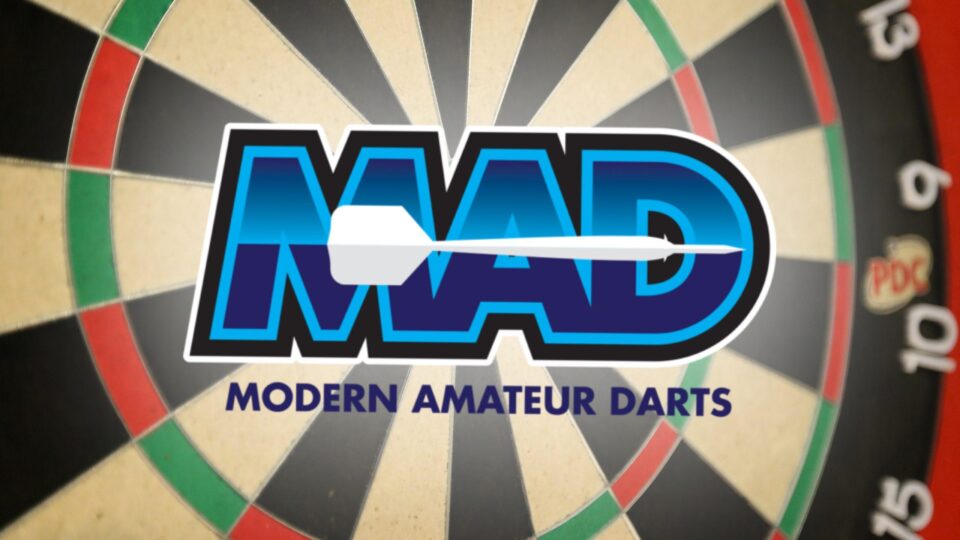 MAD in 2022 Rebrand to The Amateur Darts Circuit

The Amateur Darts Circuit (ADC) is thrilled to announce its return to darts in 2022. The ADC intends to bridge the gap between the pub and the elite circuit, replacing the organisation previously known as Modern Amateur Darts (MAD) with a fresh new name, style, and approach.

The ADC, which will debut on January 1, will provide a creative and long-term framework for amateur darts, with a strong emphasis on the game’s future. ADC will host a variety of tournaments, including a UK Tour and National Singles Leagues, with technology and a user-friendly player experience at its core.

The ADC is endorsed by world darts champions Michael van Gerwen and Glen Durrant, and will first launch in five areas around the world: the United Kingdom, Benelux (Belgium, Netherlands, and Luxembourg), the United States, Oceania, and Europe.

Steve Brown – founder of the hugely successful Junior Darts Corporation (JDC) and MAD – is joined by successful promoter Scott Hunt in the day-to-day running of the ADC. The experienced and forward-thinking pair are joined by a strong team across the world, including Professional Darts Corporation (PDC) star Vincent van der Voort, who takes up the role of Head of Operations for Benelux.

Addressing the name change and new direction, ADC director Brown said: “We went into MAD with the best of intentions – but, with everything that’s happened during the pandemic, the world is a different place to how it was then. There were a lot of positives to come out of MAD and we can take those, along with the lessons we learned, into the ADC.

“With the name, there were two things we considered. The first is that we see the ADC, although independent, sitting between the JDC and PDC, as a perfect steppingstone from the junior game to the professional circuit.

“And we also took into consideration any negative connotations people may have drawn between the previous name and people’s mental-health struggles.

“Scott and the team not only have the knowledge but the energy and enthusiasm to really drive the amateur game forward via the ADC.”

While Brown takes his proven track record with JDC into the new-look organisation, Hunt arrives in a full-time role having overseen the emergence of a strong darts scene in the North-East of England. Hunt, who is Head of Global Operations for ADC, said:

“There are some incredibly talented amateur darts players out there who aren’t getting the opportunities to move forward in the game – and we hope the ADC can provide that springboard for them.

“We will provide accessible opportunities for amateur darts players, giving the local player the chance to grow and develop on the national and international stage.

“For us, it’s about modernising amateur darts through our bespoke technology, which is free to use and offers up-to-date rankings.

“The ADC will bring the global amateur darts game up to speed.”