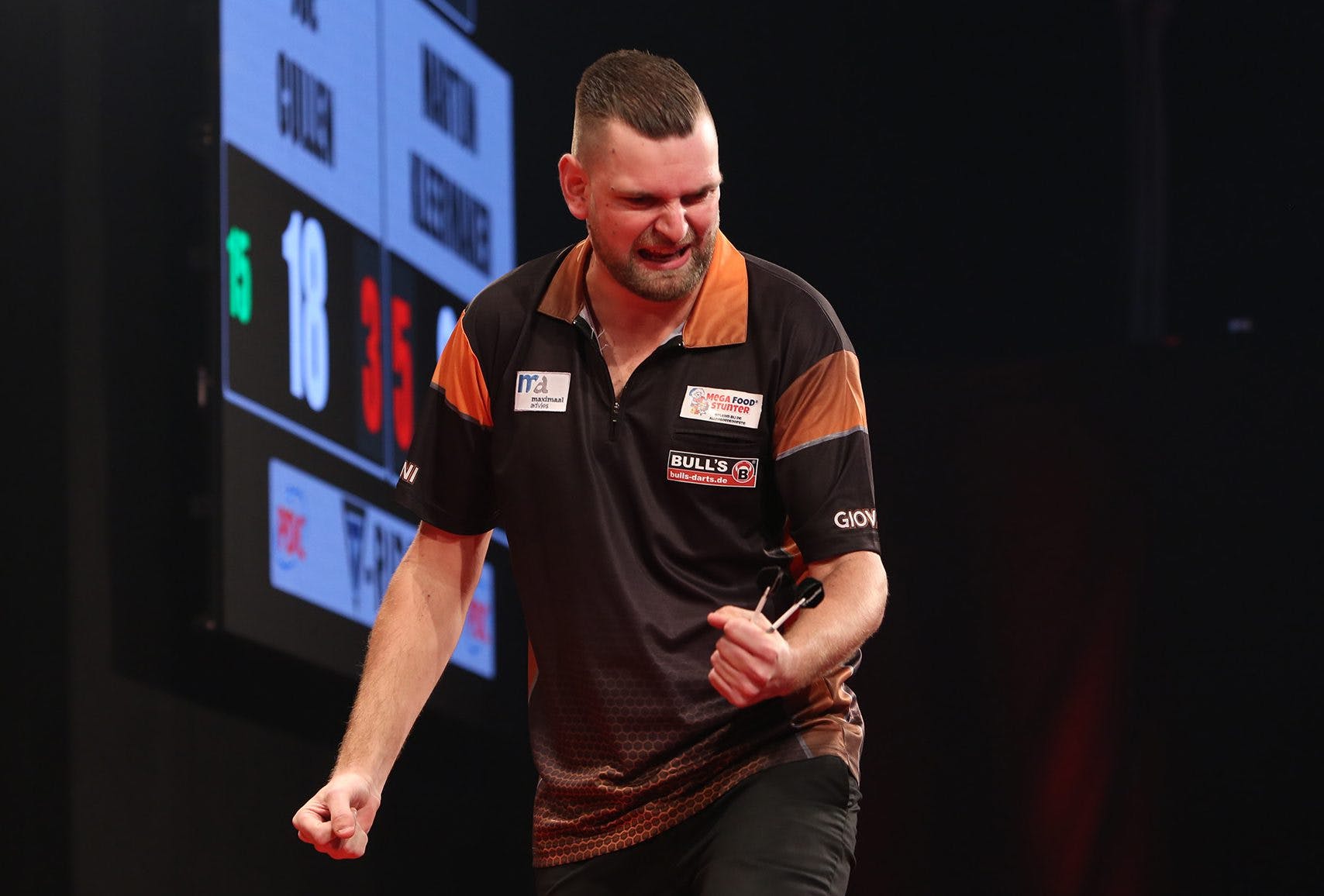 Another thrilling day of darting action at the Alexandra Palace, with play overshadowed by the shock withdrawal of world number three Michael van Gerwen following a positive covid-19 test result.

Martjin Kleermaker caused the upset of day 11 when he prevented Joe Cullen completing the ultimate comeback to round off a 4-3 victory. Kleermakertook the opening set in dominant fashion, winning the first three legs without response, with 75% on the outer ring. He carried his dominance over to the second set, and took a 2-0 lead in the game capitalising on Cullen’s doubling disaster.

Despite Cullen averaging 105.29 in the third set, The Dutch Giant wrapped up the set in a deciding leg to go within one of the match. The Rockstar then began to turn the game in his favour, with a whitewash in the fourth set to get his first set on the board. Cullen then pinned 111 in the deciding leg of the fifth set, against the throw, to continue his resurgent comeback.

The game was then levelled at 3-3, after Cullen reeled off three straight legs, pinning double 16 to force the game into a last set decider. Nothing could separate the two players in the decider and Cullen nailed double two to force the game into overtime. But it was the Dutch Giant who would prevail, taking out 52 and 88 (on the bull), to round off a thrilling victory and set up a tie against James Wade.

Daryl Gurney started the game in emphatic style, with a 106 checkout to round off a 12-dart leg in the opener. Cross then responded with a 147 checkoutand took out 80 in the deciding leg of the first set to take a 1-0 lead. Cross doubled his advantage just a set later. It was finely poised at 2-2, until Voltage took out 108 to take full control of the match.

SuperChin needed a quick response, and he got just that when he got a set on the board. He averaged 102 and took out double 16 to half the deficit at 2-1. Gurney then took out 96, to break the Cross throw for the first time and have the advantage in the 4thset.

The Northern Irishman raced into a 2-0 lead but saw Cross fight back, with an 11-dart leg to force the game into another deciding leg. The 2018 world champion then hit double one to open a 3-1 lead over his opponent. Both players exchanged hold of throws at the beginning of the fifth set before Gurney took out 64 and 52 to get his second set on the board.

The next set ended in familiar fashion, with a deciding leg required following four holds of throw. Cross missed four match darts and Gurney nailed double four to take the game to a deciding set. Voltage landed an early break of throw at the start of the final set to give him the momentum. He then took out an impressive 116 to double his advantage. The drama wasn’t over, and Gurney took out his own 116 before Cross hit a breath-taking 170 to round off an impressive victory.

Australian star Damon Heta made light work of the first set, breaking the Wright throw to take the lead in the game. Both players exchanged breaks of throw at the start of the second set. Before Heta nailed double six in the deciding leg to open a 2-0 lead over the former World Champion.

Wright changed his darts at the start of the third set and bounced back inemphatic style taking out a 161 checkout to half the deficit. The momentum firmly shifted in Wright’s favour as he broke the throw at the start of the next set, hitting double 18. Then, taking out 115 and 92 to level the match up at 2-2.

Snakebite went within touching distance of the next round, taking the fifth set in straight legs. He then pinned 86 to break Heta’s throw and took out 102 to go within one leg of the match. Wright took out double 18 to win the match and book his place in the next round.

What else happened on day 11 of the PDC World Darts Championship?

Mervyn King confirmed his place in the last 16 with an impressive straight sets victory over Steve Lennon. The King pinned 87 to hold throw then took out 24 to break the Lennon throw and take the first set, 3-1. King continued his dominance, breaking the Lennon throw with a 100 checkout and then holding throw to replicate the first set and open a 2-0 advantage.

The opener in the 3rd set, saw both players miss darts at a double before Scuba Steve pinned double 4 to break the throw. That would be the only leg that Lennon won in the third set as King reeled off three straight legs to open a 3-0 lead and go within one set of victory.

King stayed alive in the third set and pinned 101 to force them into a deciding leg. Lennon missed even more doubles and King nailed double 4 to round off a 4-0 victory.

Ryan Searle managed to battle past a spirited Danny Noppert to continue his fine form in 2021. It was first blood to Noppert, who took the opening set in a deciding leg. Heavy Metal went in search of a response and found it in the second set when he opened a 2-0 lead and then held throw to level the game up at 1-1.

The third set was also won in a deciding leg, with Searle finding double 12 to take the lead for the first time in the game. His lead didn’t last long, and Noppert left himself double three to land the fourth set and, once again, level the match up. Heavy Metal then took full control of the match, winning the fifth set and then opening a 2-0 lead in the sixth set. He pinned 52 to round off an impressive performance.

Chris Dobey bye to the next round