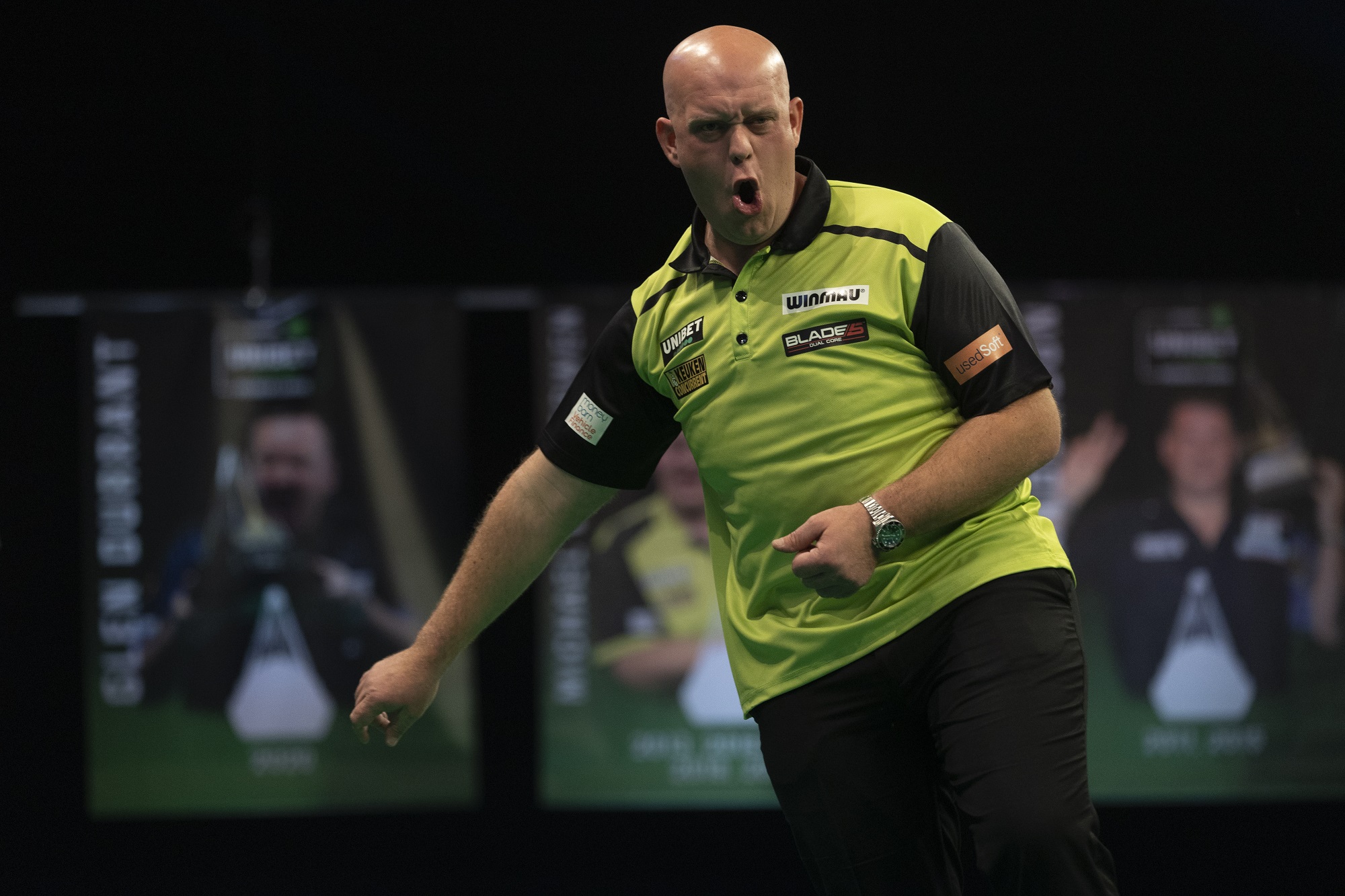 Michael van Gerwen said that “Peter Wright played crap” after demolishing Snakebite 7-2 on the second night of the Premier League.

Peter Wright predicted that van Gerwen would not win a TV title in 2021. A message that MVG used to spur him on to a comfortable 7-2 win over his old rival.

“We all know Peter. We all know what he’s doing. He says things he shouldn’t say- he’s better off concentrating on his own game. I think that makes him a better player.”

“We always have banter. But he says things after the game that he shouldn’t.”

Michael van Gerwen was in a bullish mood in the press conference afterwards. He was keen to reinforce that he is a level above Peter Wright in their battles.

“The press is making it too big. Everyone knows when I play my best- he’s not a game for me.”

“I don’t really care what Peter Wright says. He needs to know that whatever he says in interviews, he then has to go out and do it on the stage.”

The emphatic win over Wright has seen MVG rocket back to the top of the league. A position he intends on holding onto.

“Tonight, I’m top of the table. Love that place. That’s where I should be, isn’t it?”

“I didn’t really perform well but I did enough to win the game. It’s been a long time since I picked up two points like this.”

Despite the big scoreline, Michael only averaged 92 and looked far from his top game.

“I can have a big mouth now. But with a 92 average you have to shut your mouth, get on the practice board and be better tomorrow night.”

He’ll have a chance to show if he has improved on Wednesday night against Rob Cross in a repeat of the 2019 PL final. Rob also has picked up three points from the opening two nights.

Click the link below to watch the video where Mighty Mike says that “Peter Wright played crap” and vowed to make his mark on this Premier League.