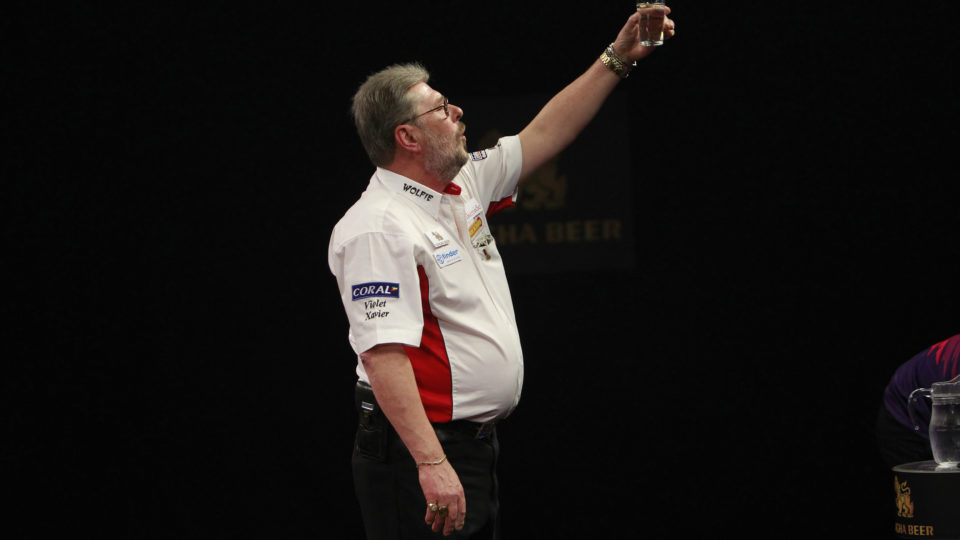 A new week of the MODUS Sports Icons of Darts, but it’s more glory for Martin Adams. The three-times champion of the world, turned 64 last week but is still producing world-class darts. In the previous two months, Wolfie is like a fine wine, getting better with age and showing glimpses for the form that took him to three Lakeside titles.

This week Adams is in a group alongside Boris Koltsov, Diogo Portela, Jarred Cole, Jose Justicia and debutante Mark Dudbridge. Looking at the form before play Adams and Koltsov were the two favourites with the bookies. The same pair would meet in the opening game of the day, and a victory for either would give the winner the upper hand in the race for the title. It was Adams who stole the show in the opener, running out a 5-2 winner over Koltsov, who in truth never got near Adams in the match.

Adams then went through the gears, beating Dudbridge 5-3 and Portela 3-2 before the lunch break. Adams was three from three heading back from lunch, giving the rest of the league plenty to think about. Wolfie’s fourth game was against Spaniard Jose Justicia, and Adams made short work of him. Routing Justicia 5-0, leaving him one win for a clean sweep and league glory.

Going into his last match against youngster Jerrard Cole, Adams knew what needed to be done and seemed so relaxed in the players chat beforehand. The game itself was never a doubt. Wolfie was in complete control from start to finish, running out a 5-1 winner sealing the title for the day.

Adams will now have eyes on a clean sweep of weekly titles, the form Adams in right now he will take some stopping. Adams returns to action in the MODUS Sports Icons of Darts Live League on Wednesday morning.