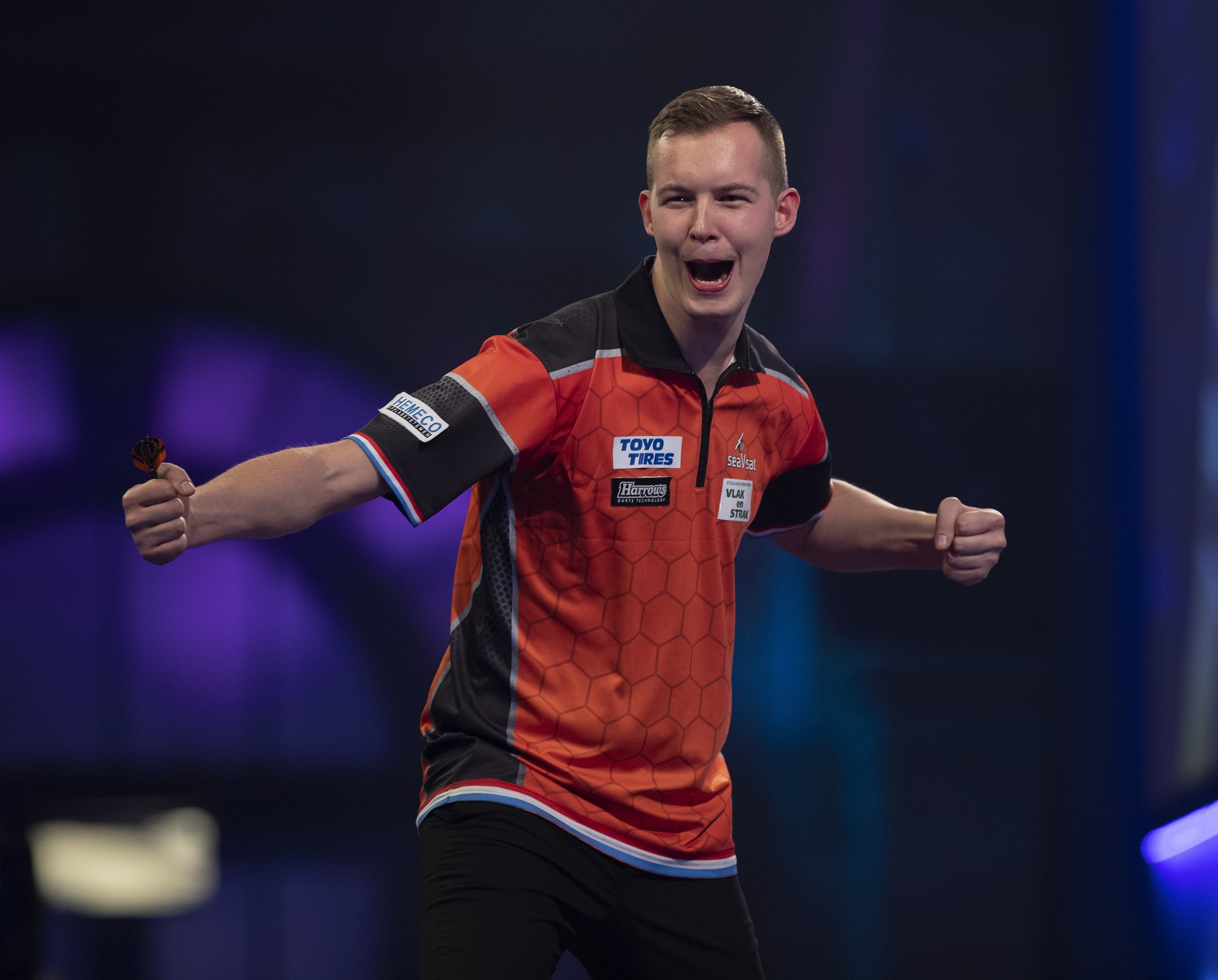 Geert Nentjes and Jason Heaver became the latest players to secure a tour card after wins on Day Two of Final Stage of PDC Q-School.

Nentjes was tested throughout the day, including a hard-fought 6-5 win over Raymond van Barneveld in the semi-finals.

After being runner up on the opening day, Geert Nentjes got over the line on Day Two of the Final Stage of Q School in Niederhausen. The Dutchman survived three match darts from Boris Koltsov in the final, before pinning D8 to secure his spot on the tour.

Nentjes beat Patrick Bulen, Franz Roetzsch, Patrick Tringler, Michel Unterbuchner,  and Michal Smejda to set up a semi-final clash with Raymond van Barneveld. He averaged 95 against Barney and won a last leg decider in 15 darts. Geert had to go to a final leg in four out of his seven games, truly earning his automatic qualification.

Elsewhere in Europe, Zoran Lerchbacher leads to order of merit on seven points, which should see him safe. Barney is second with six points- with Koltsov and Schindler both on five. Some big names are struggling in Europe, with Rowby-John Rodriguez only having one point, and the likes of Matt Campbell and Jan Dekker are on two.

View the updated order of merit for Europe

Jason Heaver came through a competitive field before seeing off Scotsman Alan Soutar 6-4 to win his tour card.

Beforehand, Heaver defeated David Pallett, Andrew Gilding, Martin Lukeman, Adam Mould, and Lewis Williams to reach the final. A marvellous performance saw him average 97 in the final, but despite defeat Alan Soutar is top of the order of merit and should be within one win of qualification.

Elsewhere in MK, big names like Fallon Sherrock and Alan Norris remain on zero points despite winning round of 128 games, as these do not count towards the order of merit.

Martin Lukeman and Jack Main are in strong positions on 5 points of the expected 8 that should see them through.

View all results on Day Two of Final Stage of Q-School.