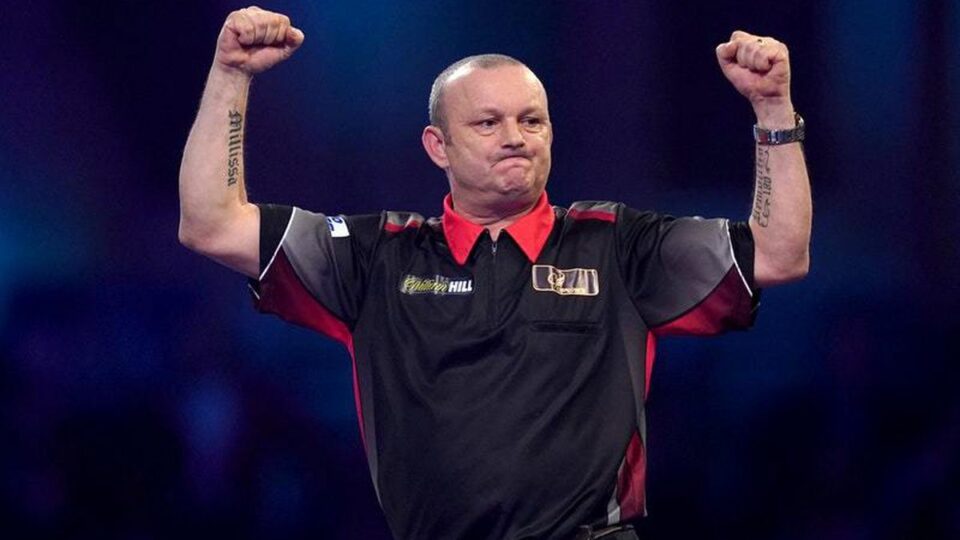 First Round defeat for Fallon, while Webster and Raman secure cards on on the second day of Stage Two at PDC Q-School.

There are four more spots available to win outright, and 24 across the order of merit in the next three days.

Darren Webster wins back his tour card at his first attempt at PDC Q-School. Webster followed in the footsteps of James Wilson who secured his Tour card with a win in Milton Keynes last night. 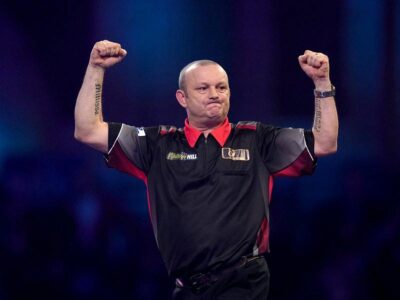 Demolition Man secured his place back on tour after reeling off six legs on the bounce to defeat Former Lakeside World Champion Scott Waites.

The man from Norfolk bounced back from after only winning one leg on day one with early win against Niall Culleton, Stu Wilson and Kai Fan Leung.

Webster secured his place in the last four with a 6-3 win and his best performance of the day with a win against Mike Warburton, this before defeating Shaun Griffiths 6-1. In the Semi-Final it was a meeting with Super Ted, and once more Webster eased to victory this time 6-2.

In the Final, it was another player who fell off the tour at the end of 2021, Scott Waites. Scott Waites got the first leg on the board, but the next six all went the way of Webster which included a 136 checkout in leg six. For Webster it’s a place on the PDC Pro Tour, for Waites it’s not all doom and gloom, as with his run to the Final he currently sits fourth on the Order of Merit.

With two days to go, so many big names need to find huge runs to return to the main tour.  Fallon Sherrock, Robert Thornton, Aaron Monk, Andy Hamilton and Matt Edgar are just a handful of players who are still on zero points.

The Riddler Reigns In Niederhausen

WDF World Ranked number one Brian Raman, staged a magnificent comeback in the Day Two final at EU Q-School, winning six legs in a row from 4-0 down to defeat Jules Van Dongen and claim a PDC Tour Card for the first time in his career. 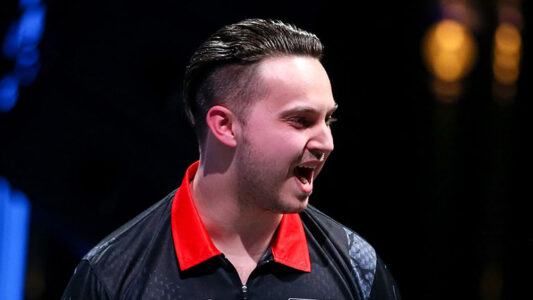 The 25 year old ‘Riddler’ responded well after the disappointment of a pointless opening day with solid wins against Carlo Van Peer and Maikel Mossou for the loss of just four legs before firing in a 93 average to beat veteran Ronny Huybrechts 6-3 in the last 32.

Radek Szaganski was his next victim, Raman edging him out 6-4 in a close contest where both players averaged 90 before defeating Kai Gotthardt comfortably in the Quarter Finals 6-2.

Kevin Doets was swept aside 6-1 in the semi finals before Raman’s unlikely comeback in the final.

Although disappointed, Van Dongen will seek solace in the fact he sits second on the Order of Merit on leg difference alone and is all but assured of getting his tour card through that method along with Mario Vandenbogaerde, they both sit on seven points with Vladimir Andersen also well placed just a further point behind.

Some big names still with work to do include Jelle Klaasen who remains pointless after two days of action, Rowby-John Rodriguez and Benito van der Pas who sit on one point each while Karel Sedlacek and the long time Spanish World Cup duo of Toni Alcinas and Cristo Reyes all sit on two points.