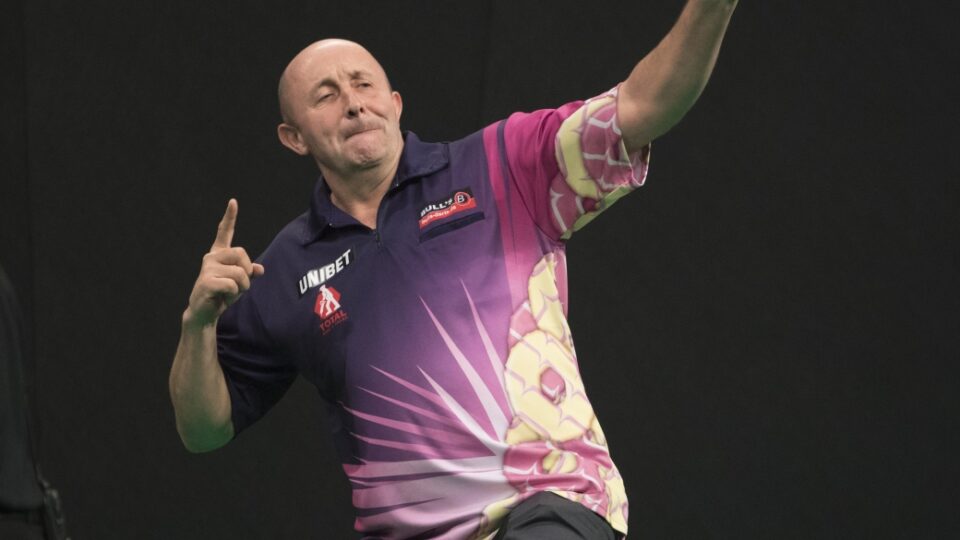 James Wilson and Jose Justicia win tour cards on the first day of Stage Two at PDC Q-School. The duo become the first two of the 32 to join the PDC ranks for the next year.

There are six more spots available to win outright, and 24 across the Order of Merit in the next three days.

Jammy Dodger wins tour card back at his first attempt 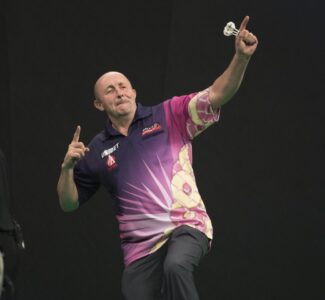 Wilson started the day with 6-1 and 6-0 wins over Shaun Griffiths and Lewis Dare respectively. James then followed that up with wins against Shaun Wilkinson and Gary Blades.

In the Quarter-Finals we saw a classic with James Wilson edging out World Seniors Qualifier Kevin Burness in a last leg shootout. Wilson needed all 11 legs again in the Semi-Finals defeating George Killington.

The win against George Killington, saw a final between James Wilson and Cameron Menzies, who beat Ritchie Burnett in the other side of the draw. The early stages of the Final saw both players hold throw after two legs. Wilson then punished Cameron in the next three legs who was on a double when Wilson won the Three.

At 4-1 it looked like the day had taken its toll on Cameron, and James Wilson was able to control the last two legs, making it five legs on the spin and saw him winning his PDC Tour card.

For Cameron Menzies he will need to return for more action at the MK, but he’s in pole position after picking up five points on the Order of Merit.

Jose Justicia fires in an average just short of 105 in the final on day one to whitewash Mario Vandenbogaerde.

Jose Justicia only drops five legs on his route to the final. This included whitewash wins against Frank Peters and Dragutin Horvat. A 6-1 win against Jesus Noguera, all before beating Derk Telnekes 6-1.

It was from the Quarter-Finals Jose found another gear starting with an average just short of 97 in a 6-2 win against Danny Jensen. It was another Dutch player Damian Mol who he got the better of in the Semi-Finals with an 6-3 win.

Jose saved the best till last on day one, averaging 104.86 in his final. After firing in 96 & 98 in previous rounds Jose stepped it up in the final to demolish the Belgium.

Mario Vandenbogaerde will be disappointed not to qualify on day one however, he’s put himself in a great position picking up five points on the Order of Merit, on a day that included impressive wins against Thibault Tricole and Ricardo Pietreczko.

What else happened on day one of Q-School?

Josh Payne hit a perfect nine in a last leg decider against Sean Fisher in a last 64 game. Josh Payne was unable to push on the rest of the day and lost in the next round to Kevin Burness.

The first round draw threw up some unbelievable draws which included, Fallon Sherrock against Danny Lauby. The American got the win over the Queen of the Palace 6-1. Other first round ties saw Matthew Edgar face Chas Barstow, Lisa Ashton play Nick Fulwell and Mark McGeeney against Ted Evetts. Edgar, Ashton and Mcgeeney were the ones to progress in those ties.

It wasn’t just in the UK were we saw big names knocked out in round one. Rowby-John Rodriguez was shocked by Roy van de Greiendt. Also in round one Nico Kurz and Jelle Klassen were defeated by Wesley Plaisier and Kneey Neyens respectively.