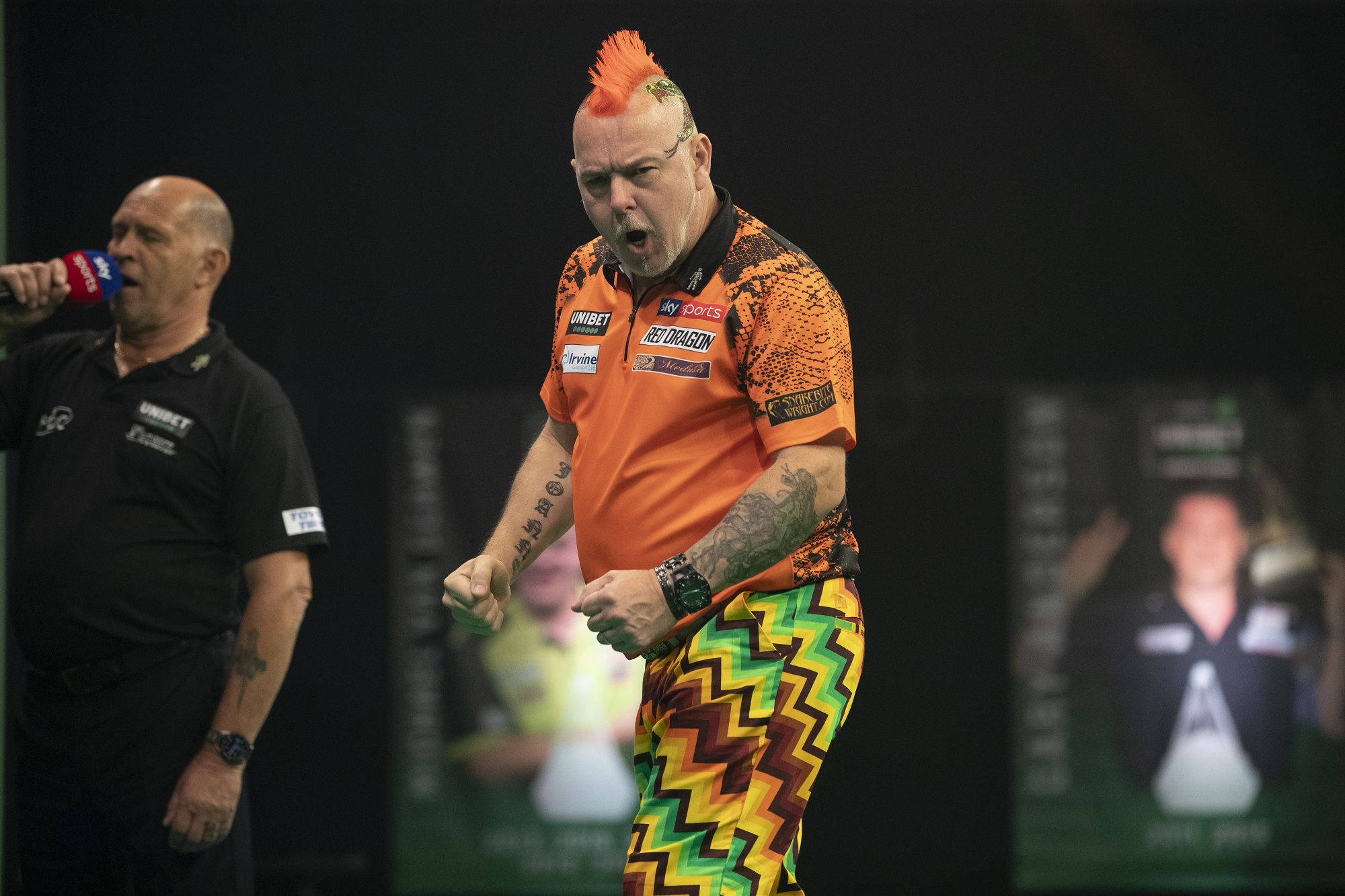 Next in our preview, we look at the world number three, Peter Wright…

There’s no doubt, that when he is on form, Peter Wright is a joy to watch.

His 180 hitting, and checkout ability, is up there with the very best to play the game.

But, too often, he goes chasing perfection, something which very rarely exists in this sport.

If he’s not averaging 110 with a set of darts, he wants to know why. What flights can he change? Is it the shafts that are not working? Instead of Snakebite, his nickname should be the Tinkerman.

However, after a spectacular final day second Super Series in March, will that finally see Wright win his first Premier League Darts title?

After winning the 2020 World Championship, Wright realised his lifelong dream. Finally, he got over the hump against Michael van Gerwen. The Sid Waddell Trophy was his. For a year, John McDonald would introduce him as the reigning champion of the world.

Then, we all know what happened. No crowds in darts in the UK since that fateful night in Liverpool. No exhibitions where he could be introduced on stage. Everything that Snakebite had worked so hard for, suddenly taken away.

When there were fans in Germany for the European Championship, he looked like his old self. He was barely tested, eventually beating James Wade to secure his third ranking TV title. Apart from that though, it was not the year he was hoping for.

A last four appearance at the Players Championship Finals aside, there were plenty of early exits. The World Matchplay, the World Grand Prix and the Grand Slam all saw him out before the quarter final stage. It was at the Grand Slam where he said Michael van Gerwen was not a threat to him at the World Championship, and only Gerwyn Price was. The comment backfired spectacularly, as he lost to Germany’s Gabriel Clemens in a sudden death leg.

After a poor end to 2020, Wright now must remind everyone why he is one of the best players in the world.

Jack “Gobby” Garwood gives his prediction on what we’ll see from Peter Wright in this year’s Premier League, and where he will finish:

This entire segment would have looked a lot different three weeks ago.

In fact, I was right at the front of the queue of people questioning the constant chopping and changing of equipment and whether the former World Champion had gone too far, with irreversible consequences.

Alas, Super Series 2 came and Snakebite, with a dart set up that looked very familiar, found some blistering form.

The question now remains, if come Easter Monday, Wright commences his campaign with the same tungsten arrows in between his thumb and index finger. Everyone in the world knows he should, except maybe Peter himself.

That being said. Wright is still world class, and I expect that to show through this year.

“That Super Series performance reminded everyone of his class”

While he made the semi finals at The Masters, the first Super Series, and then losing in the fourth round of the UK Open, suggested Wright still lacked the confidence he once had.

The second Super Series did not start well, not making a quarter final in the first three days. On the final day though, he looked his old self again. He did not average below 98 during the event, and averaged over 101 in his quarter final, semi final and final, as he comfortably won Players Championship 8.

That Super Series performance reminded everyone of his class, before he went and said van Gerwen would not win a TV tournament this year, heaping more pressure on himself.

Many of his fans just want Wright to stick to a dart. The straight thin barrel, ones that helped him win the World Championship, easily look his most comfortable. It’s now whether he can see this, and stick to them if he either does not average highly, or loses a match.

It’s obvious to many that the darts he won the World Championship with are Wright’s best. It’s now whether he can see it, and stick to them if he doesn’t average highly, or loses a match.

In addition, the comments he makes, particularly against van Gerwen, distract from the genius that we see. If Peter Wright focuses on himself, he’s easily a title contender.

Can Snakebite resist the change of darts, and not say anything that may create headlines for other players?

If he can during this tournament, the Premier League Darts title that was one dart away in 2017, may just be his in May this year.