The Championship Darts Corporation have confirmed their U.S. dates on the 2021 CDC Circuit, with two treble-header weekends to be staged this year.

All activities in the first half of the year were postponed due to ongoing restrictions across North America, and non-essential cross-border travel between the United States and Canada is still prohibited. However, the CDC remains optimistic that proposals to reopen the border will be revealed by June 1.

The CDC Tour and the Road to the Ally Pally will kick off in the United States on the weekend of July 9 – 11 at the Tampa Westshore Marriott in Tampa, Florida, with three main Tour events on Friday, Saturday, and Sunday. In addition to including CDC’s Tour Cardholders, the on-the-day qualifier system will be reinstated in 2021, allowing non-Tour Cardholders to qualify for 16 open spots in each main event. On the weekend, the CDC Junior and Evolution Tours for youth will resume play for the first time since 2019, as players begin to eye open berths in the JDC World Cup and World Championship.

Philadelphia, Pennsylvania will host a Tour Weekend for the third time, with the final three U.S. events taking place at the Columbia Social Club on the weekend of September 17–19. At the end of this weekend, one U.S. player will earn a spot on darts’ biggest stage: the William Hill World Darts Championship at the Alexandra Palace in London, based on their overall results in six U.S. tournaments.

In addition to the Main Tour, Championship Darts Corporation has announced two special non-ranking tournaments, the CDC Matchplay and the Music City Classic, both of which will occur on July 23 at the Millennium Maxwell House Hotel in Nashville, Tennessee. In addition, the CDC Shootout double-in event will be held for the first time since 2016 on September 3 in conjunction with the Washington Area Open in the Washington, DC area. These special events will be open to all CDC Tour Cardholders and the general public, with certain restrictions on attendance.

CDC also encourages players and fans alike to save the date of November 20th for the likely return of the Continental Cup in New York City. Full details and ticket information for fans will be released later in the year.

Finally, we are unable to confirm Canadian event dates and venues at this time due to the ongoing state of lockdown in Canada and the fact that the U.S./Canada border remains closed to non-essential travel as of this writing. The weekends of August 13–15 and October 22–24 are still booked, and we expect to have more information by June 1st. The new plan is for all CDC Tour Cardholders, regardless of residency, to be able to attend the events in the United States. However, if no timetable for reopening the border is revealed by June 1st, we will be forced to limit all 2021 tournaments to players who live in the country where they are held.

Information on additional youth events will also be released in the coming weeks. 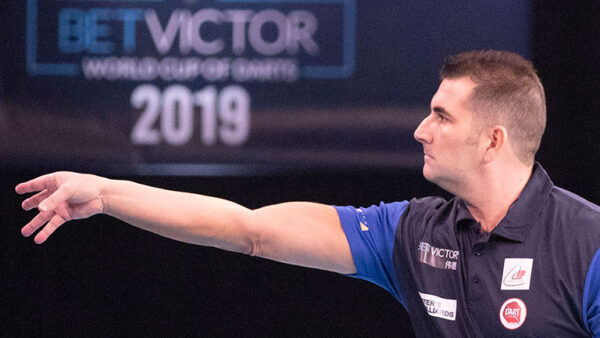