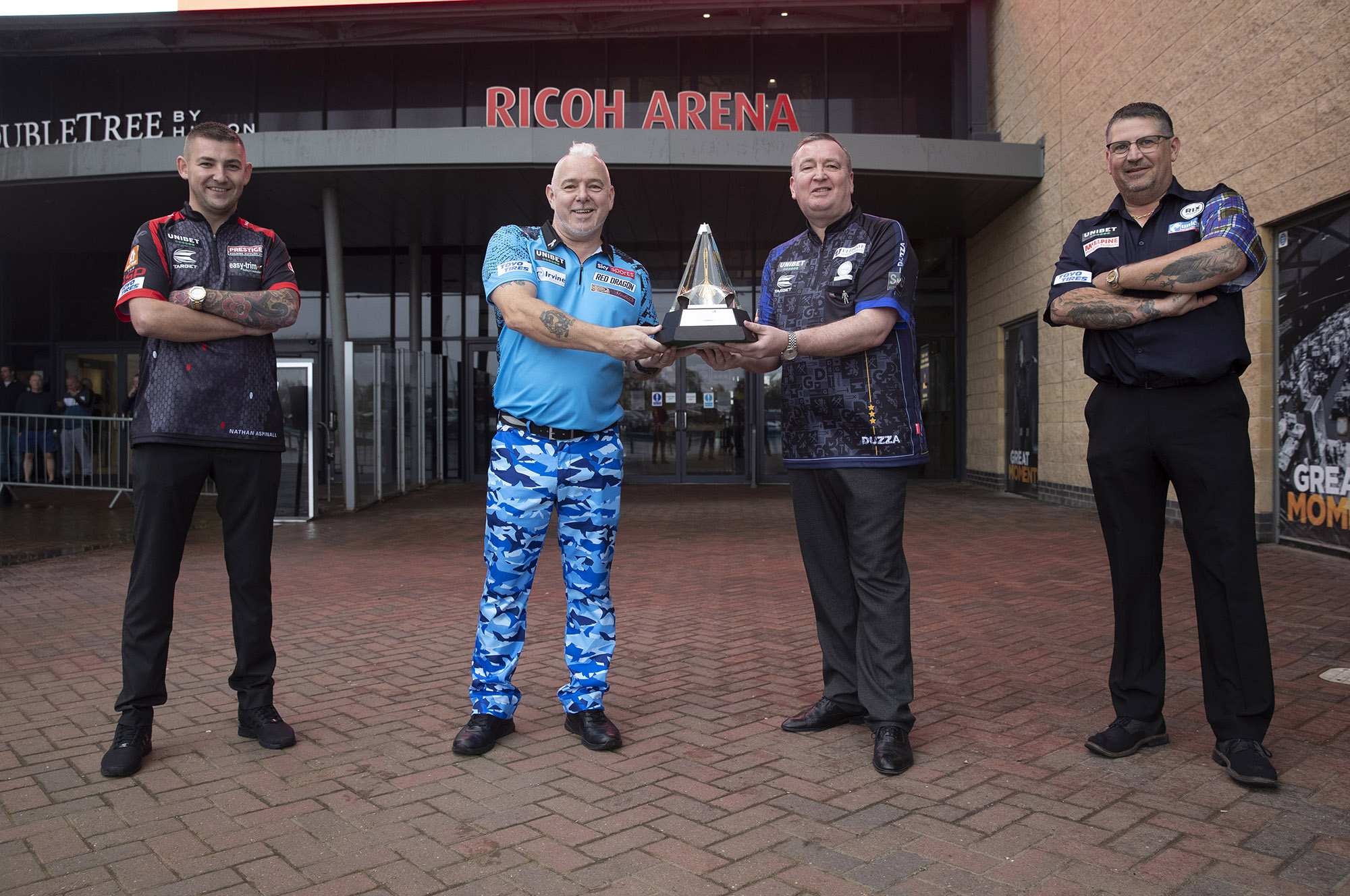 The 2020 Unibet Premier League may have witnessed a 5-month hiatus before it finally got back off and running, but we’ve finally reached the showpiece event with four players desperate to etch their name on the trophy- three of them for the first time ever.

Glen Durrant, Nathan Aspinall, reigning World Champion Peter Wright and two-time Premier League winner Gary Anderson all made the playoff stage upon the resumption of the competition at the back end of August in Milton Keynes, where the table eventually began to take shape across a number of nights scheduled to make up for the lost dates between March and May due to the coronavirus pandemic.

Nonetheless, the playoff standings were duly confirmed as it has thrown up what could turn out to be an eventful Finals Night showcase to say the least.

The first semi-final on stage will be impressive table-topper Glen Durrant against Gary Anderson.

Although he ended up at the summit- the first person who’s surname doesn’t contain a certain Taylor or Van Gerwen to do so- and had his place confirmed in the Finals Night event by Round 14, Middlesbrough’s Duzza will be wary of a mini slide towards the back end of the competition’s second stage, losing 8-6 to Peter Wright and suffering an 8-2 thumping at the hands Nathan Aspinall. 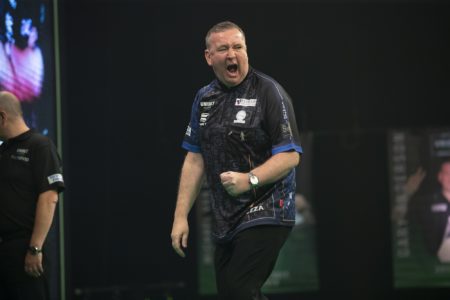 Those results really were anomalies on what was a tremendous inaugural Unibet Premier League campaign for the former BDO World Champion, and having proved hard to beat on a number of occasions after securing multiple draws from a precarious position, the Teessider will certainly feel he can replicate his electric form from the earlier rounds to at least have a crack at the title outright.

Duzza will certainly want to banish any reminders of his early Boylesports World Grand Prix exit to Dave Chisnall on the very same stage a week previous if he is to taste success this time around.

Ando, however, played some magnificent darts in his run to the Quarter Final of that Grand Prix tournament, only to face elimination on the back of a surprising defeat to eventual runner-up Dirk van Duijvenbode. Don’t forget his exceptional performance in July’s World Matchplay, either; only a narrow defeat to Dimitri van Den Bergh there quashed his hopes of capping a memorable week with the trophy, so the Flying Scotsman is fully determined on going one better on this occasion by lifiting the Unibet Premier League crown. 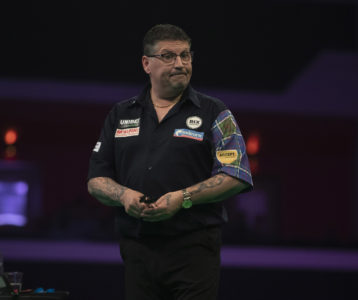 The Scot sneaked his way into the  final four despite suffering defeats in his last two fixtures, and his charge for that elusive playoff spot was certainly aided by an unbeaten run of five wins and a draw between rounds 9 and 14.

Over two fixtures throughout the regular season, Durrant prevailed 7-4 in February’s round 3 meeting in Cardiff, and the pair shared the spoils in a 7-7 draw in a round 11 clash in Milton Keynes. Preceding that, they’ve only met on one other occasion; a 5-4 win for Anderson in 2016’s Grand Slam of Darts.

The second semi-final of the night contains Stockport’s Aspinall and the World Champ himself, Peter Wright.

Wright secured a second place finish in the league stage, partly down to an excellent four-game winning stretch in the final four fixtures of the schedule; form he continued into the following week of pro tour action  by securing a floor title at Players Championship 14.

Back on the TV stage, Wright, similar to Glen Durrant, will also be wanting to quickly evaporate any lasting memory of his previous outing in Coventry having exited the Grand Prix in a shock first round defeat to Ryan Joyce. 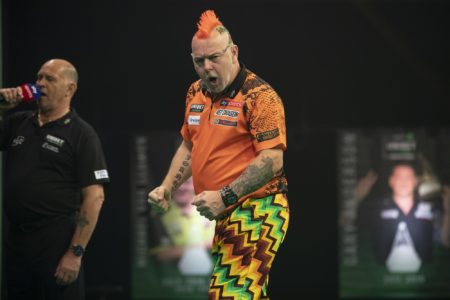 Snakebite does have history in this tournament, albeit not always history he’d ideally like to be reminded of. He produced the second highest TV average of all time with 119.50 in round 5 of the 2017 league phase, a year in which he eventually finished just a point off then-table topper Michael van Gerwen to make the playoffs and the subsequent final.

What happened in that final will certainly go great lengths to locking in an unrivalled determination to secure the 2020 crown; and although he missed six darts at 32 to win the title on that particular night, his World Championship achievement could spur him on to finally get over the line in the Unibet Premier League.

Standing in his way is a player who thoroughly showed what he is capable of and more in his debut Unibet Premier League season, adding to his experience having faced Michael Smith as a contender in Nottingham in Week 6 of 2019.

‘The Asp’ would’ve been thrilled to have performed so consistently over the duration of the regular league phase, and despite it being a tight race for the playoff spots come the final round of night 16, it was the man from the North West who produced a scintillating display to secure what turned out to be a valuable 2 points to all but confirm his place at Finals Night. The help he needed to cement that place arrived in the form of fellow playoff participant Gary Anderson defeating Gerwyn Price, and already eliminated Daryl Gurney blowing away Michael van Gerwen. 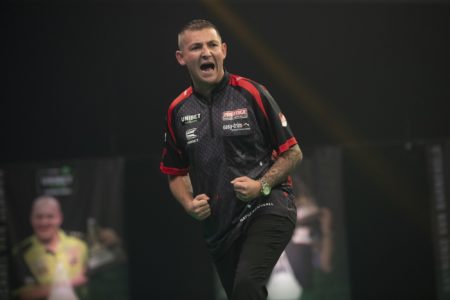 Like his opponent, Aspinall was another seeded player at the World Grand Prix to suffer a first round exit, losing 2-0 to Germany’s Gabriel Clemens. On the floor events, however, recent Autumn Series runs to a Quarter Final and Semi Final, alongside a World Series Quarter Final nailbiter with Gerwyn Price, will see the Stockport arrowsmith buoyed in a bid to kickstart an upturn in fortunes on the Coventry stage and progress into a Unibet Premier League final at the first attempt.

The two regular phase fixtures between the duo both ended with a win for Peter Wright; firstly a 7-3 round 5 success in Exeter, with an 8-5 victory in the second, round 14 encounter in the rescheduled period at the Marshall Arena.

Outside of the Unibet Premier League, they’ve met three other times in Players Championship events, with Wright winning Aspinall winning two (6-4 PC 2, 6-2 PC 10) and Wright just the one (6-5 PC 13). Overall, the head-to-head stands level at 4-4 dating back to just 2018.