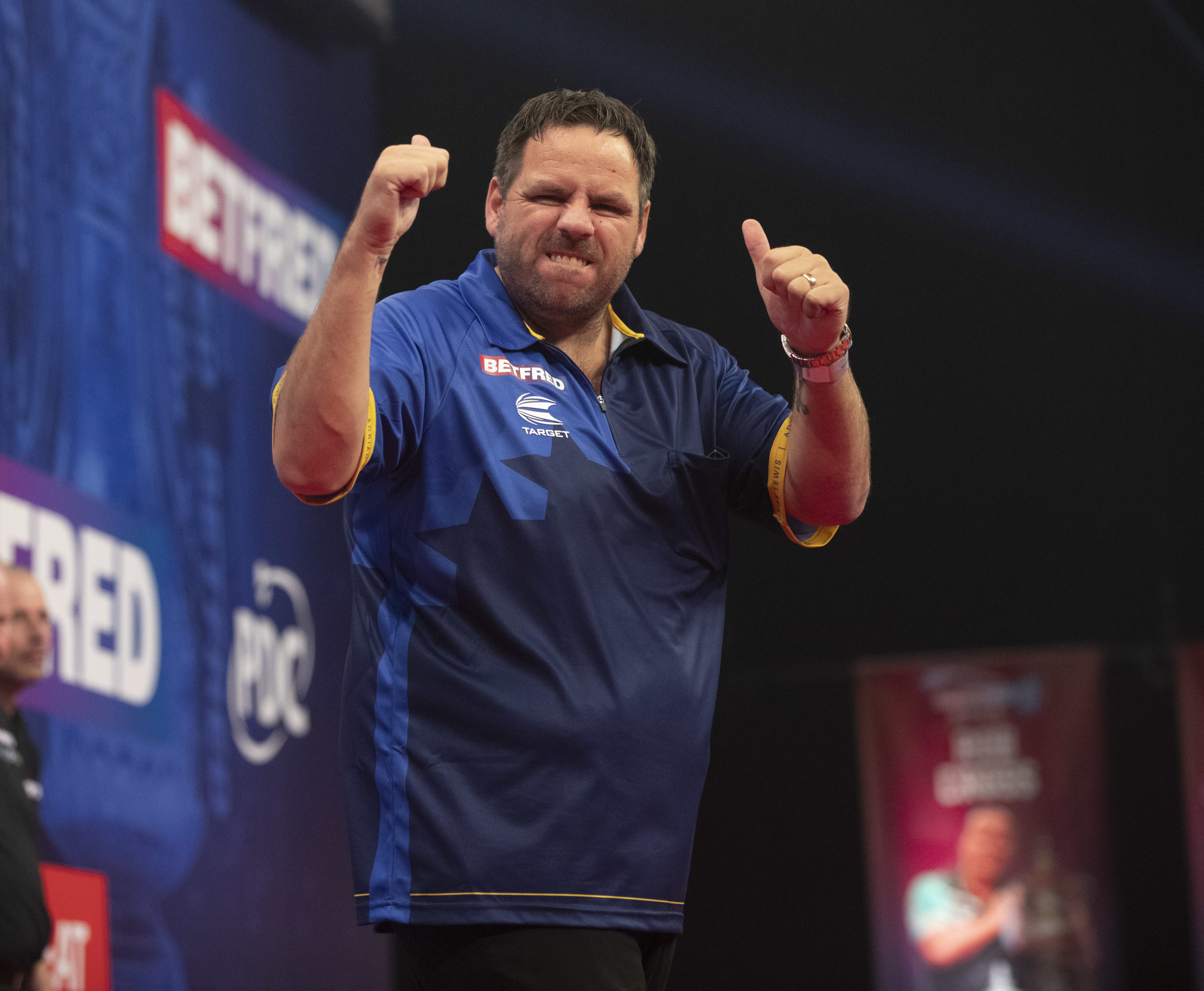 Adrian Lewis produced spells of his old flashes of brilliance, during his last 16 match. After revealing that over Lockdown he’s received some advice form, former mentor 16 times champion of the world Phil Taylor.

Adrian Lewis booked his place in the 2020 Betfred World Matchplay, with a victory over Danny Noppert. Lewis has now produced two back to back performances, first against Steve Beaton and this evening against Noppert. Before the Matchplay Lewis was in danger of dropping back out the worlds top 16, and talked about as one of the seeds in danger. Now the signs are firmly there that Jackpot may be on the way back to his former glory.

Talking after this match to Online Darts and Betfred, Lewis revealed that during Lockdown, he’d been speaking to Phil Taylor and had some advice from the 16 times champion of the world. The pair used to be master and apprentice back in the early ’00s when Lewis was learning his trade. Taylor and Lewis spend hours on the practice board together, with passing on all his knowledge to fellow Stoke star Lewis.

The relationship was perfect for both, as Lewis began to climb the rankings as Phil’s protege. Once Lewis became a force in his own right, then the relationship as practice partners dwindled. After winning back to back world titles, Lewis career began to slide for various reasons. And Taylor retired from the sport in 2018.

Over the past few years, Lewis has been hovering around the lower end of the worlds top 16. Over the COVID 19 lockdown, Lewis has taken giant steps to rekindle his career. Jackpot has shed the pounds and hit the practice board again.

During his after-match media, Lewis said

“I use to practice so hard, me and Phil use to between 8 and 12 hours a day. We were constantly working at it. Now I’ve cut the hours back to three or hours a day. But sometimes you think to yourself what would he be doing, in this situation if he was struggling. So I referred back to what Phil would always do, practice, practice practice.”

When Lewis was asked if he still speaks to Phil, he told Betfred.

“He’s got his flaws like every player, I think I can get at him.”

Fighting talk from @Jackpot180, as he books his place in the Betfred World Matchplay Quarterfinals where he will face Dimitri van den Burgh on Friday.#WorldMatchplay #BetfredDarts | @OfficialPDC pic.twitter.com/TYhgE6aFIp

“During Lockdown yeah definitely, he’s tried giving me advice. I’ve took that onboard. I won’t tell you what he said. But now it’s all stations go.”

The Betfred Wolrd Matchplay continues from the Marshall Arena in Milton Keynes. Where up next Adrian Lewis will take on Dimitri van den Bergh for a place in the semifinals.