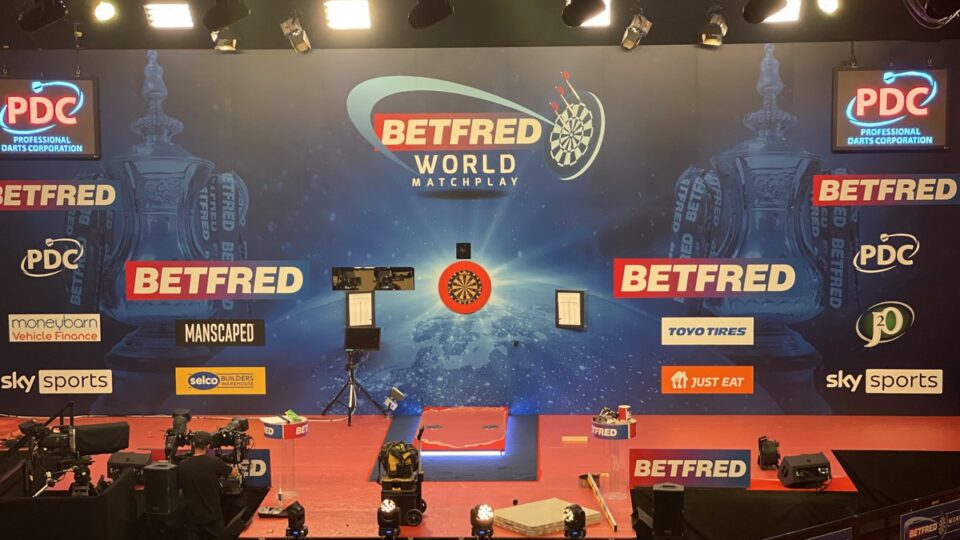 Day three at the Betfred World Matchplay saw both Michael van Gerwen and Gary Anderson among the final four players to qualify for round two.

Now, the pressure increases, as the last 16 of the tournament gets underway, and we could be in for a cracking day.

In front of another full house at the Winter Gardens, here’s a look ahead to day four of the Betfred World Matchplay.

After coming through their games on Sunday afternoon, the four remaining players in section two begin the second round.

The first game of the day sees Rob Cross take on Callan Rydz. Cross had to battle through a tough test against Ross Smith in round one, eventually winning 10-8. Meanwhile, after going 5-0 up, Rydz overcame Glen Durrant 10-6 in his first round game.

Voltage looks like he’s starting to regain some of his best form, as he averaged just over 100 in his victory. The Riot will need to raise his game, after averaging 82 in his win. Will Cross make another Betfred World Matchplay quarter final, or will Rydz produce an upset to continue his debut run at the Winter Gardens?

Next up, two of the most impressive winners in the opening round meet, as Luke Humphries faces Krzysztof Ratajski. Humphries beat James Wade 10-3 in his previous game, while Ratajski saw off Brendan Dolan 10-4.

The pair also hit the highest averages of the first round. Cool Hand Luke averaged 101.08, while the Polish Eagle hit a 101.57. Can the pair reproduce this today, potentially serving up a Blackpool classic? Ratajski is looking for his second straight World Matchplay quarter final, while Humphries is bidding to make the last eight on debut.

Mouthwatering clash between Price and Clayton

The headline match of Tuesday’s action is a battle between World Cup winning teammates Gerwyn Price and Jonny Clayton.

Price played his first match as World Champion in front of fans on Saturday, beating Jermaine Wattimena 10-4. Clayton fought through a tough contest against Dirk van Duijvenbode to win 10-7, his first ever victory at the event.

The two met in the group stages of the 2020 Grand Slam of Darts, with The Iceman beating The Ferret. However, nobody has won more titles in the PDC this year than Clayton, who also won the last TV tournament in the Premier League. Can The Ferret continue his unbelievable run, or will Price move into the Matchplay quarter finals for the first time since 2015?

Chizzy has won both of their encounters on the TV, at the 2019 European Championship and in the fourth round of last year’s World Darts Championship. Will he extend that record, or will The Dream Maker make the last eight once more, as he bids to be the fourth player to retain the Betfred World Matchplay.