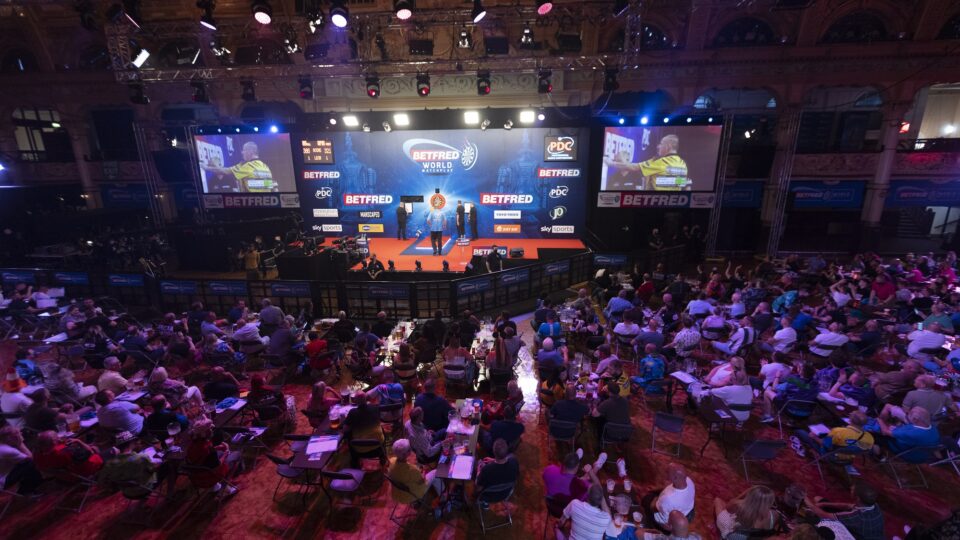 It also saw Krzysztof Ratajski make his first ever PDC semi final, as he defeated Callan Rydz. The two will meet in one of the semi finals on Saturday.

The other semi final will feature the two winners of tonight’s quarter final. One match sees two former runners up of this event go head to head, while the other sees a rematch of the 2020 World Darts Championship semi final.

Here’s what to look forward to on a mouthwatering day seven at the Betfred World Matchplay.

The first quarter final should be a game full of high scoring, as Peter Wright and Michael Smith lock horns for the first time ever at the Betfred World Matchplay.

Wright has been arguably the form player so far this tournament, beating Danny Noppert and Joe Cullen in impressive fashion. Smith has battled through Ryan Searle and an extra legs classic against Jose De Sousa to reach the last eight for the third straight year.

However, The Bully Boy’s record against Snakebite on the TV is not good. While he’s beat him a couple of times in the Premier League, and in the Grand Slam group stages, Snakebite has the upper hand. Wright won their encounter in the last eight of the Players Championship Finals last year, and has beaten him at the Worlds and UK Open. Plus, Smith squandered two match darts against the former World Champion in the final of The Masters in 2020, for what would have been his first TV title.

Can Smith finally defeat Wright for his first TV knockout win against him? Or, after hitting the highest average of the tournament in round two, can Snakebite continue his march towards a first Betfred World Matchplay title?

MvG and Aspinall face off for final last four spot

A fantastic game should be on the cards for the final last eight game of the tournament, as Michael van Gerwen faces Nathan Aspinall.

The Green Machine beat Damon Heta and Ian White to make the last eight, while The Asp won against Mervyn King and Gary Anderson to join him.

Both seem to bring the best out of each other, and their matches in leg play on the TV tend to go deep. In their four meetings in the Premier League, only one has not gone to the last leg. The last time they met was in the quarter final of the 2020 European Darts Grand Prix, with MvG winning again in a last leg decider.