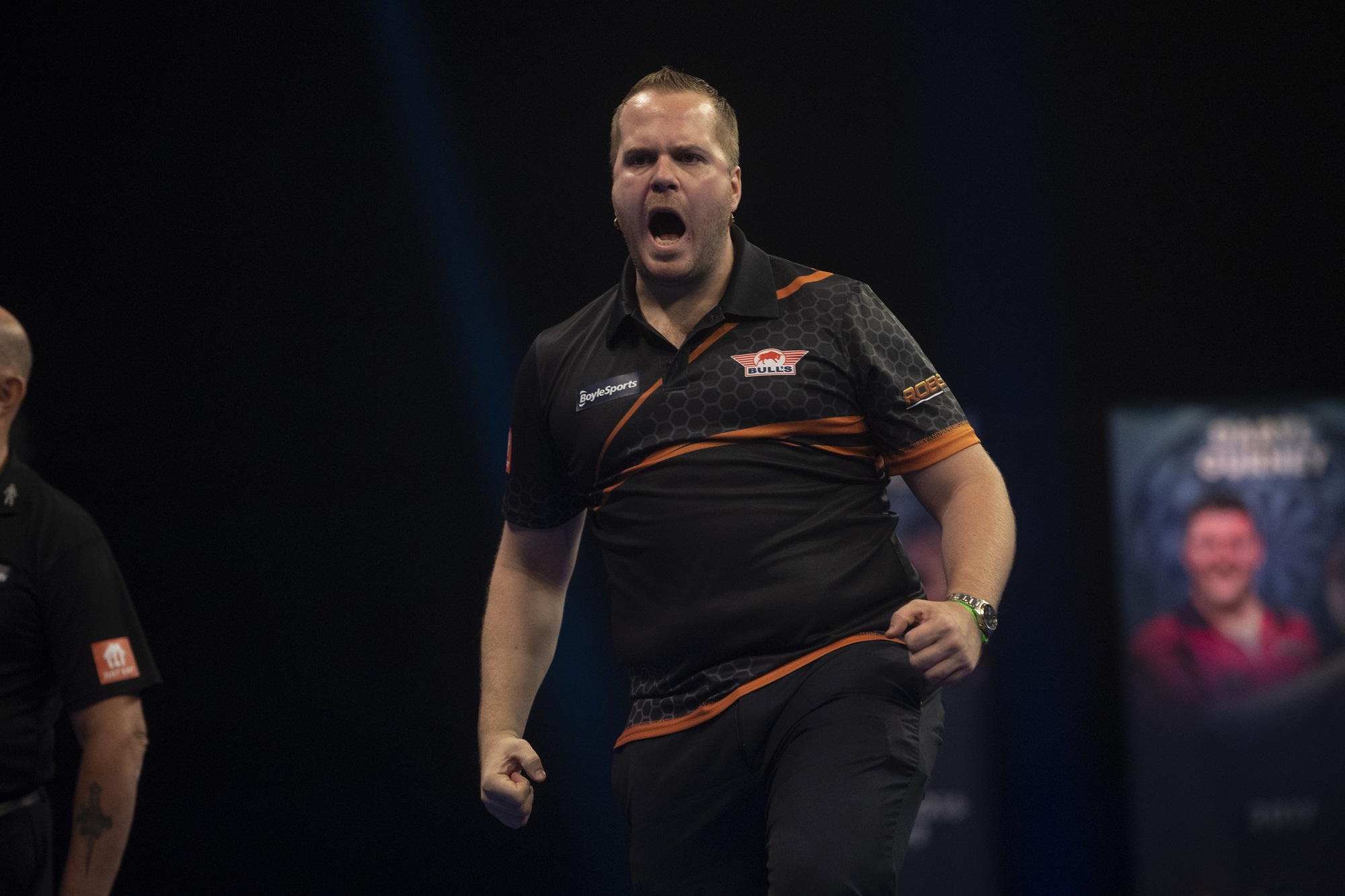 It’s Semi Finals night on day six at the Boylesports World Grand Prix in Coventry, and there is another intriguing night of action in prospect as four players battle it out to secure an elusive place in Monday evening’s showpiece final.

There will, of course, be a new name on the trophy as defending champion Michael van Gerwen was the last remaining winner to exit the tournament at the Quarter Final stage, opening up a monumental opportunity for any of the remaining four to secure the crown.

Coverage starts from 7pm on Sky Sports, and opening up the night is a fixture that many certainly wouldn’t have predicted before the event got going.

Dirk van Duijvenbode meets Simon Whitlock over a best of 7 sets in what could be a fascinating watch, if both players live up to their performances in the earlier rounds.

Van Duijvenbode produced a magnificent display to see off Gary Anderson 3-1 in his Quarter Final tie last night, achieving an impressive 50% on his doubling in the process. The Dutchman will undoubtedly be in confident mood in the build up to the contest, and will be hoping to reach his first ever PDC major final on debut at the Boylesports World Grand Prix by adding Whitlock to a list of victims which already includes Mensur Suljovic and World Matchplay champ Dimitri van Den Bergh.

The Wizard though is in red hot form of his own. Despite not even being in the tournament itself just over 24 hours before it kicked off, Whitlock has taken the chance with both hands and surprisingly reached the Semi Finals at a canter over World number one MvG. He averaged a ton in doing so, whilst also achieving an healthy checkout percentage of 50.

If he were to come out on the right side of a positive result, it would be the second time in four years that Whitlock finds himself in the final of this event; where he lost 5-4 to Daryl Gurney in 2017. The Australian will be chomping at the bit to have another crack at the title, and he’ll have the wind in his sails you feel on the back of some tremendous showings.

A potential cracker in the pipeline between these two with that clinical doubling sure to be a key factor in the hunt to progress, and the duo aren’t too familiar with one another on the oche having only met twice, where the head-to-head is 1-1.

Following that one is a tasty looking match-up between Dave Chisnall and Gerwyn Price.

Chizzy will think he was somewhat rather fortunate to comeback from 2-0 down and survive match darts against both Ryan Joyce and Joe Cullen in his Round Two and Quarter Final ties, but, nonetheless, he managed to get the job done to keep his Boylesports World Grand Prix hopes alive for the second year running. 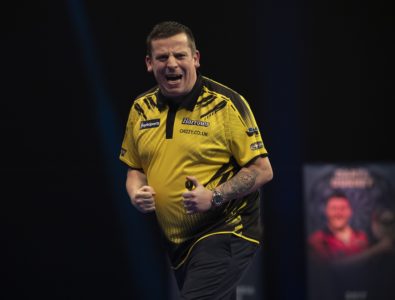 The St Helens man will be looking to replicate his fine run that saw him reach the final last year. However, standing in his way is a player who may well be playing the best darts he’s ever produced.

Markham’s Price has dropped just the one set his three matches so far in this campaign, despatching Jermaine Wattimena, Kim Huybrechts and Jeffrey De Zwaan with assurance. Those performances coincide with an outstanding run of form in previous PDC events, taking home Players Championship 17 and 18 titles alongside the World Series crown in Austria.

The Iceman is hunting a place in the final for a shot at his maiden Grand Prix title to add to that World Series win and the two back-to-back TV titles at the Grand Slam.

Price has the upper hand in the head-to-head between the pair, 3-2, but interestingly the last time they met was in the first round of this very tournament a year ago; a meeting in which Chizzy prevailed 2-1 to initiate that memorable run to the final.