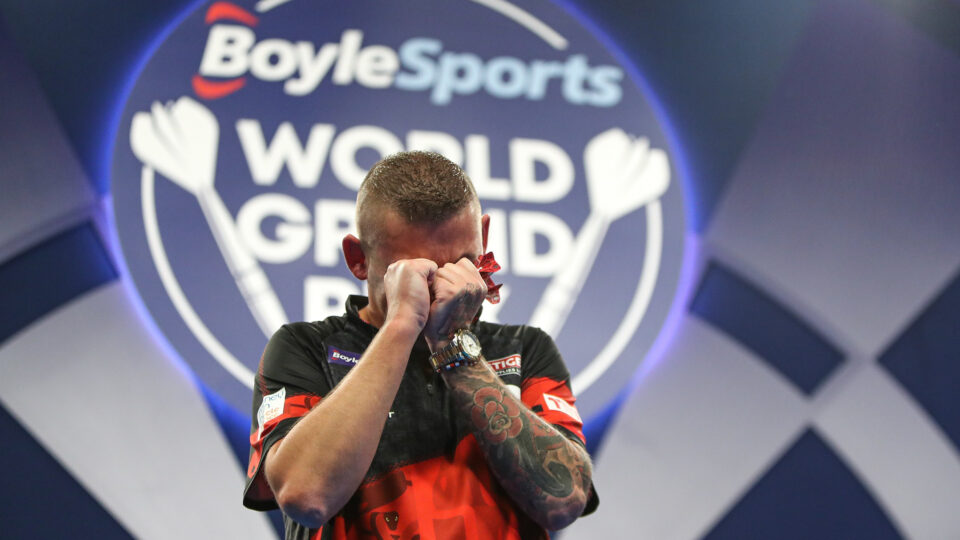 Nathan Aspinall made his second ranked TV final after a brilliant tussle against a sub-par Gerwyn Price.

The Asp took the first set with a brilliant 113 against throw, before the Iceman upped his game to level at 1-1. Price the had a howler in the deciding leg of a third set, left on 325 when the Asp won it on D16.

The Welshman continued to be wasteful on doubles, missing 2 at D16 to level in sets. Aspinall punished and lead 3-1. Despite looking off the boil, Price showed huge bottle to produce a 117 out to save the match after surviving a D8 from Aspinall.

The fourth set saw Price break with a killer 127 to go 2-1 up, but he missed 4 set darts in the next leg which allowed the Asp to hit 69 to level. And another howler on the doubles meant Aspinall could stroll into the last 4, making a huge step for a men whose career was in doubt at the start of 2022.

Michael van Gerwen beat Peter Wright 12-1 in legs in what was one of the most brutal defeats of Peter Wright’s career.

Snakebite had given it large throughout this tournament, but was forced to eat his words tonight by MVG. The story of the match is quite simple: Van Gerwen was sensational, Wright was abysmal.

The Green Machine nailed a 167 in the opening leg and never really looked back. He took out killer shots like 98 and 94 in two darts but it’s difficult to say they were at crucial times as he was not tested at all.

The Dutchman averaged close to 92, hit 63% of his doubles compare to Wright who only got 1 of his 20 attempts in the outer ring. That was more of a massacre than a darts match.