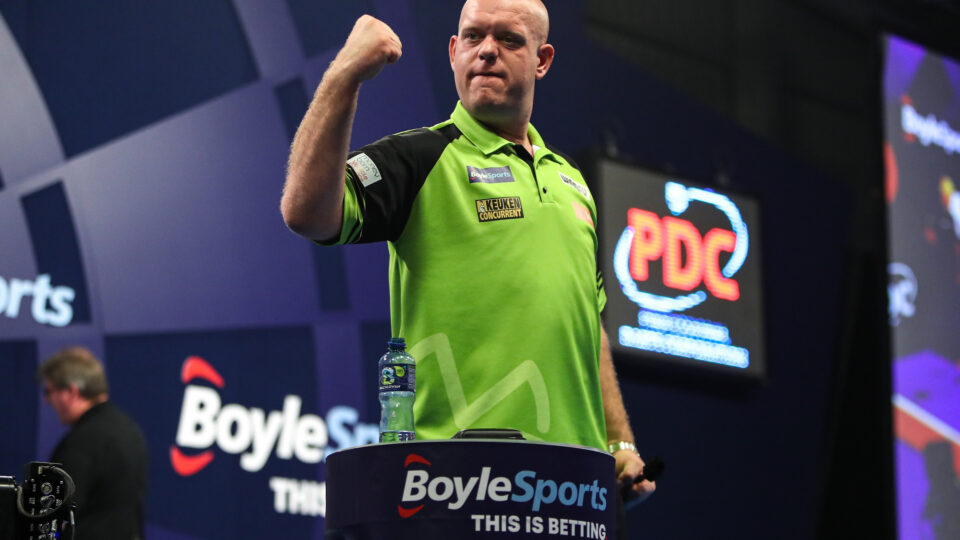 Van Gerwen, a five-time Grand Prix winner, dominated the world champion in straight sets, conceding only one leg in the process. He will meet Nathan Aspinall in the final tonight, after the Asp defeated Gerwyn Price 4-2 in the other semifinal contest at the Morningside Arena.

During the week in Leicester, Wright has been characteristically outspoken, openly rejecting Van Gerwen and Wright’s chances and firmly claiming he would win his first major since winning his second world title in January.

“I think Peter really underperformed, I think his darts were absolute crap and that made me win this game, it was quite easy to be fair, wasn’t struggling at one point in the game and it gives you confidence that makes you hungry for more,”

“He’s been getting away with murder in the last few games. He’s a phenomenal player and I’ve got a lot of respect for him, but he needs to shut his mouth and just throw his darts, that’s where his strength is.”

“When he talks too much, that’s only going to put him off and everyone knows that, but he never learns.”

“I don’t have to justify myself,” he added. “Everyone knows what I’m capable of, and when Michael is there they’re all scared.”