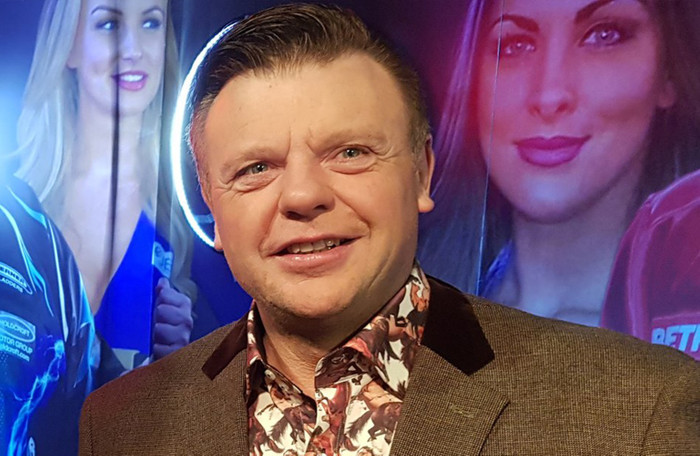 ITV pundit Chris Mason says “you can’t do the World Championships with no fans.” He said this in an interview with us  at the Target Sports Star Fishing event last week.

The last time darts fans were allowed into a venue was on Thursday 12 March, at the M&S Arena in Liverpool. The Premier League night was one of the last events in the UK that any fans were allowed in. A week later all live sport was halted due to the COVID 19 pandemic.

The PDC have done an incredible job to get live darts back on our screens in recent weeks. The first live darts back on TV was the World Matchplay in July, played behind closed doors at the Marshall Arena in Milton Keynes. More bad news for darts fans followed, with nine nights of the Unibet Premier League heading to the same venue.

“I don’t think you can do the world championships with no fans. It’s totally different; I think the snooker was ok. I think the final was better because we had fans, but darts is so much more to do with the crowd. You only have to look at the way it’s shot; the crowd are in every other shot in between the players throwing. You’ve got the crowd reaction. You’ve got player reaction with to the crowd. I think it’s imperative for darts premier events to have a crowd.”

We then asked Mason is there a chance the worlds could move abroad for a year?

“Yeah absolutely if he had to. I don’t think they could put an event on that size with the money involved and the commercial partners without taking it aboard. It just doesn’t financially add up. Barry’s an account first and foremost, he knows about numbers.

“I know they have a lot of money, Eddie’s spoken about it in the boxing and of course the snooker they do have a contingency for a rainy day and a budget. They made a lot of money for a reason, as they are brilliant at what they do and they have had to dip into the coppers.”

“You’ve got to think about the money; it’s not an endless pot it will eventually run out.”

By December do you think fans will be allowed back in? Or could we see the world championships outside the UK?