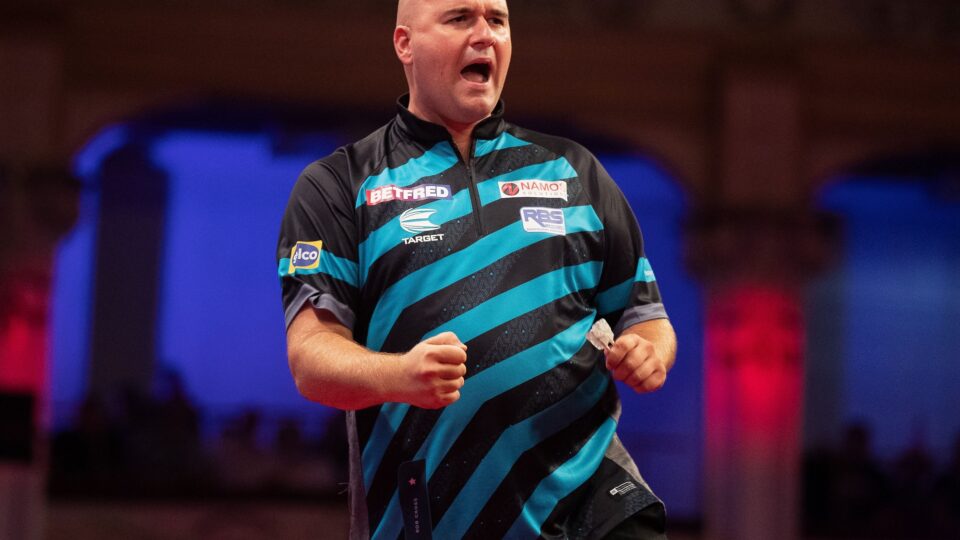 Luke Humphries was defeated 8-3 by Rob Cross in the Players Championship 24 final on Friday in Barnsley, giving Cross his first championship of 2022.

Humphries had won both of their previous matchups to clinch European Tour victories in Prague and Stuttgart. The two were competing in their third ranking final of the season.

Humphries was denied his sixth ranking title of the season as Cross won seven of the final eight legs to secure a convincing victory. Cross thus avoided the unwelcome hat-trick.

After four consecutive holds to begin Friday’s final, Cross delivered the opening blow with a 12-dart break in leg five, solidifying his lead and creating a two-leg cushion.

The 31-year-old then produced a sublime 123 checkout on the bull to stretch his lead to 6-3, and after converting a two-dart 76 kill to move to the brink of victory, he sealed the deal with a 15-darter on double ten.

“This week my form had been disastrous, but I turned up today and got the win, which takes a little bit of pressure off.

“These are great tournaments to win. Every player is capable of hitting 100+ averages, but getting back on that stage from September onwards, that’s where I want to be.

“That is where I belong, and I love it. My only goal is to win, nothing more, nothing less.”

In the semi-finals, Cross turned in his finest performance of the day, averaging 109.49 to defeat Chris Dobey 7-4 in a thrilling match.

The 2018 World Champion was the picture of consistency in Barnsley, easily defeating David Evans and Karel Sedlacek earlier in the day before defeating Keane Barry, who had advanced to the UK Open semifinals, in a last-leg shoot-out.

Cross next defeated Mickey Mansell to go to the round of eight, when he defeated Jose De Sousa to exact revenge for losing to the Portuguese great at the World Matchplay last month.

Humphries had four ton-plus averages, including an incredible 111.14 in his semi-final victory over Martin Schindler, but he was unable to win his second Players Championship title of 2022.

“Credit to Rob, he deserves a title with the way he’s been playing this year,” said Humphries, who continues to close in on a place in the world’s top ten.

“In the quarter-finals and semi-finals today I pulled it out of the bag, I played really well, and I felt really good in the final, they just weren’t dropping in.”