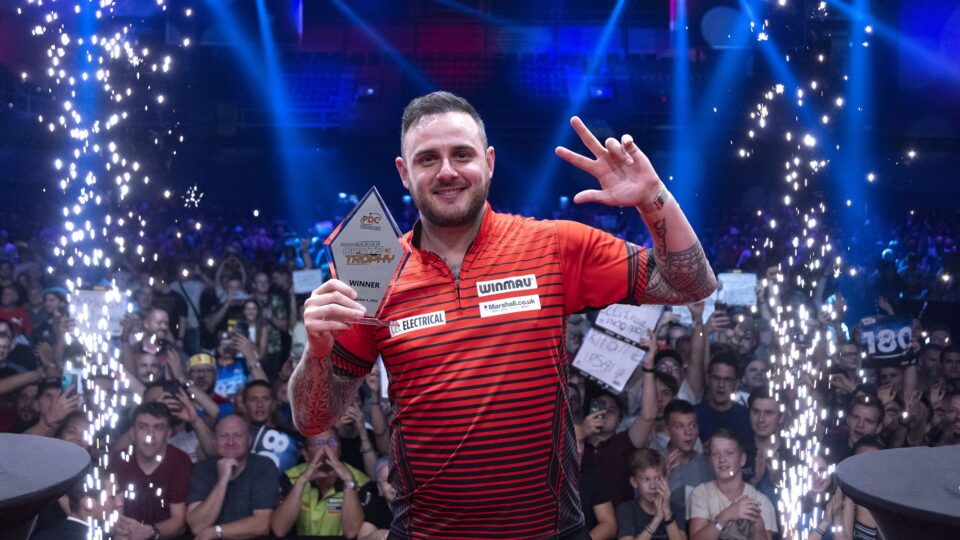 Joe Cullen won his third European Tour championship and fourth tournament of 2022 with an 8-2 victory over William O’Connor in the Hungarian Darts Trophy final on Sunday.

During the PDC European Tour’s second visit to Budapest, the BOK Sportcsarnok witnessed some spectacular darts over three days of play.

Cullen, the 2022 Masters winner and Premier League runner-up, won the top prize of £25,000, winning European Tour honours for the third time with his first win since the 2020 International Darts Open.

Cullen had defeated Martin Lukeman in the second round on Saturday and Jim Williams in the third round on Sunday afternoon to continue his challenge.

He then defeated Rusty-Jake Rodriguez 6-4 in the quarter-finals and survived three missed match darts from Dave Chisnall during their semi-final before winning 7-6 with a 12-darter.

Cullen’s most dominant performance came in the final, when he won the first five legs without reply, twice punishing O’Connor’s missed doubles while also posting a 13-dart leg, two 14-darters, and a 100 finish.

O’Connor responded with a double ten and then a 124 finish to break with a stunning 12-darter, but five more missed doubles in the next leg let Cullen through to take a 6-2 lead.

The World Series star then seized the lead with an 11-darter, taking out 96, and four more misses from the previous World Cup finalist.

“I didn’t expect to come to Budapest and win, but I’m over the moon,” said Cullen.

“In my first three games I was terrible and a bit lucky to get through all three of them. Then I turned it on a little bit in the semis and I think I was pretty decent in the final.

“I kept Willie at bay, because I’d seen how well he played over the weekend and that’s what I had to do.”