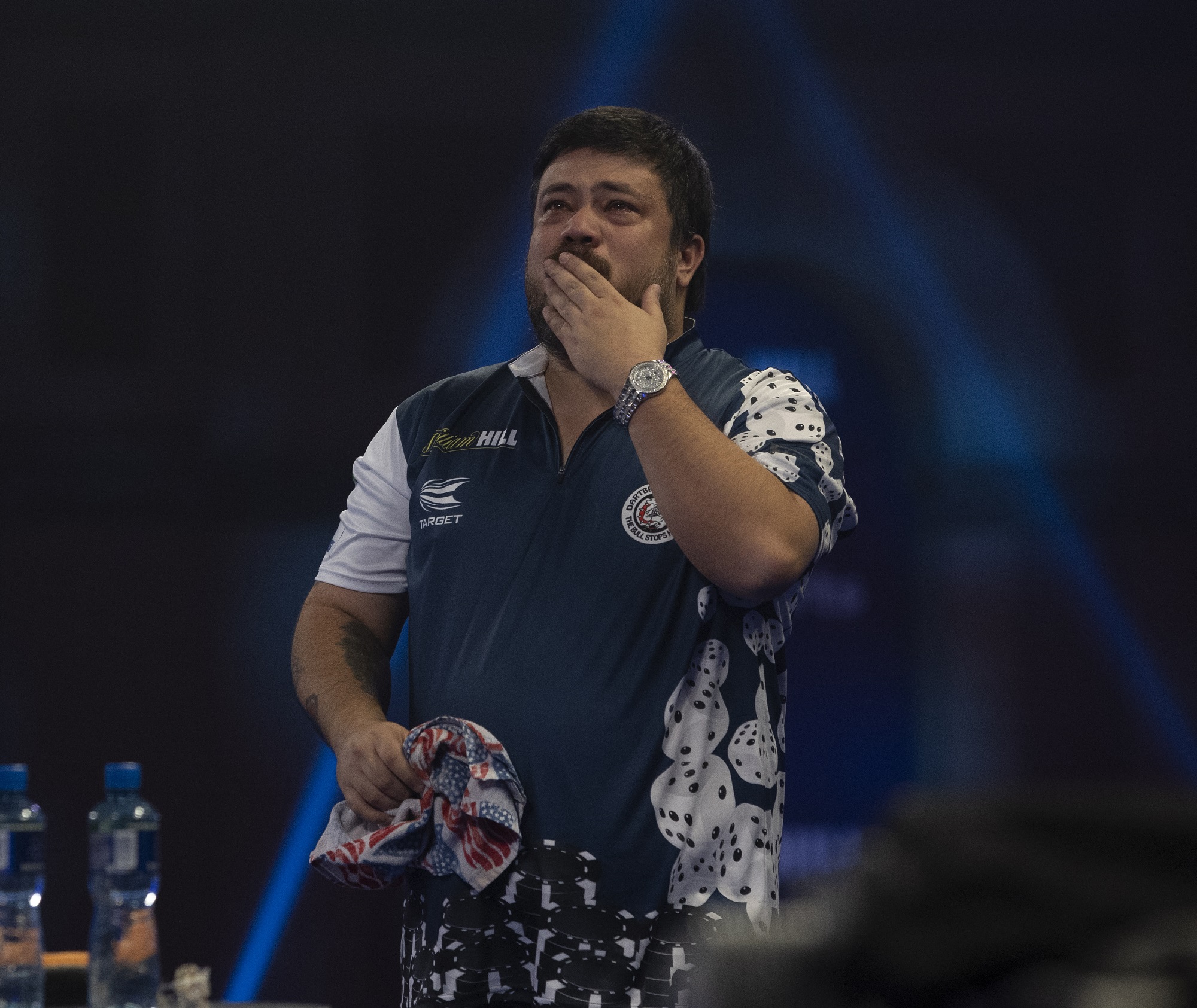 Danny Baggish dedicated his second round win against Adrian Lewis at the World Darts Championship to his brother, who’s in hospital after suffering a severe stroke.

Baggish pulled off the 3-1 upset victory to be the only international qualifier to reach the last 32 at this year’s event.

In his winner’s press conference, Baggish also looked ahead to his third round tie against three time BDO World Champion Glen Durrant.

“Harrison, I love you. This is for you”

Baggish was understandably emotional after his surprise win over the two time back to back World Champion.

“I got a message in the morning, I don’t know maybe nine, ten in the morning from my sister. Didn’t mean to send it me knowing I was over here,” said the American.

“My oldest brother suffered a severe stroke. He had to be brought into emergency surgery to get a clot out the brain. He’s in ICU as we speak.

“Once I got the message I let out a bag of emotion. I reached out to Devon [Petersen] who told me to do it for him.

“Harrison I love you, this is for you.”

Baggish went 2-0 up in the contest, before Lewis fought back. He won the third set, and went 2-0 up in the fourth, before the American hit the first 170 checkout of the tournament. He said: “I didn’t have to shoot the 170, but I also knew if I hit it, maybe that kind of puts the thoughts in his head.”

The Gambler is also relishing the prospect of facing Duzza in the last 32.

“It’s the World Championship, We know it’s not going to get any easier.

“We know he’s a class player. I’ve been keeping track of him from the BDO days.

“I just have to do what i do. If I play as well as I did today, hit the doubles like I’m supposed to, I feel I can beat anyone.”