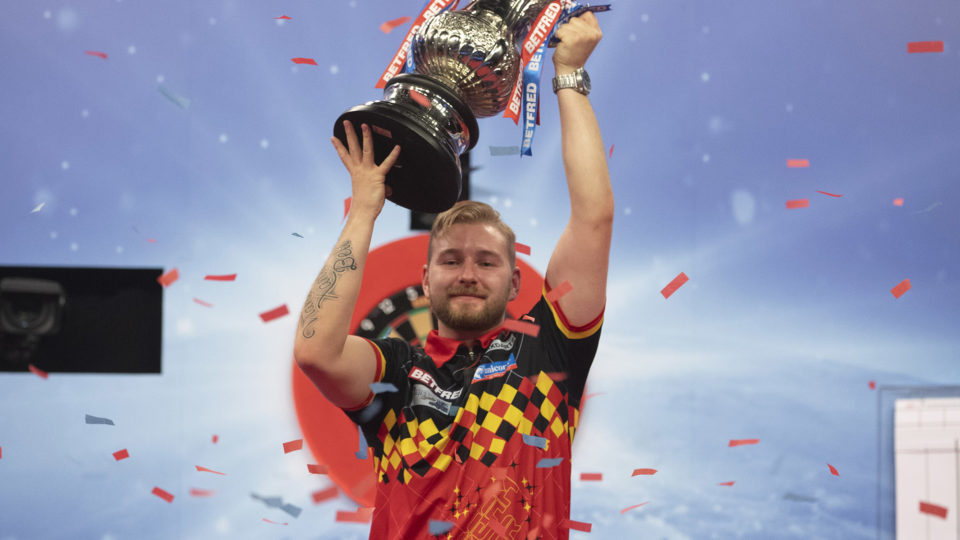 Dimitri van den Bergh in race to be fit for the UK Open.

The World Matchplay Champion Dimitri van den Bergh has been waiting for the opportunity to have the much-needed surgery on a long standing knee problem. Van den Bergh was named in the PDC Premier League of Darts for the first time in 2021, after his World Matchplay victory in July last year.

After the PDC World Championship final, the PDC Chief Executive Matt Porter announced that the Premier League’s start had been delayed in the hope fans would be in arenas. With a small gap in the PDC calendar, van den Bergh and his management have decided that the time is right to go under the knife.

Race To Be Fit

The race is on for the Matchplay Champion to be fit for the UK Open, that is now being played behind closed doors at Milton Keynes. The Belgium World cup star will have around four weeks to be ready for the UK Open.

Van den Bergh was speaking to HLN: “I am getting a new cruciate ligament. I am very curious, but also nervous and scared. This is a major operation, I even have to learn to walk again.

“So yes, nervous. I also have to stay overnight after the operation. I don’t jump ahead. And afterwards, I still have to get up the stairs, because we live on the third floor.

“It will take a few weeks before I can practice again, because I will not be able to stand. But we are going for a quick rehabilitation so that I can also participate in the UK Open (5th March).

“I’m not going to put myself under pressure, because in the end, the World Championship at the end of the year is the most important thing.”

“I’m not going into a tournament to lose in the first round. But it just wasn’t my day. For some reason, I was not strong enough, and I was not taking my chances. This is something to think about.”

All eyes will now be on the Matchplay Champion, is four weeks enough time? Only time will tell if van den Bergh will be fit for the UK Open.