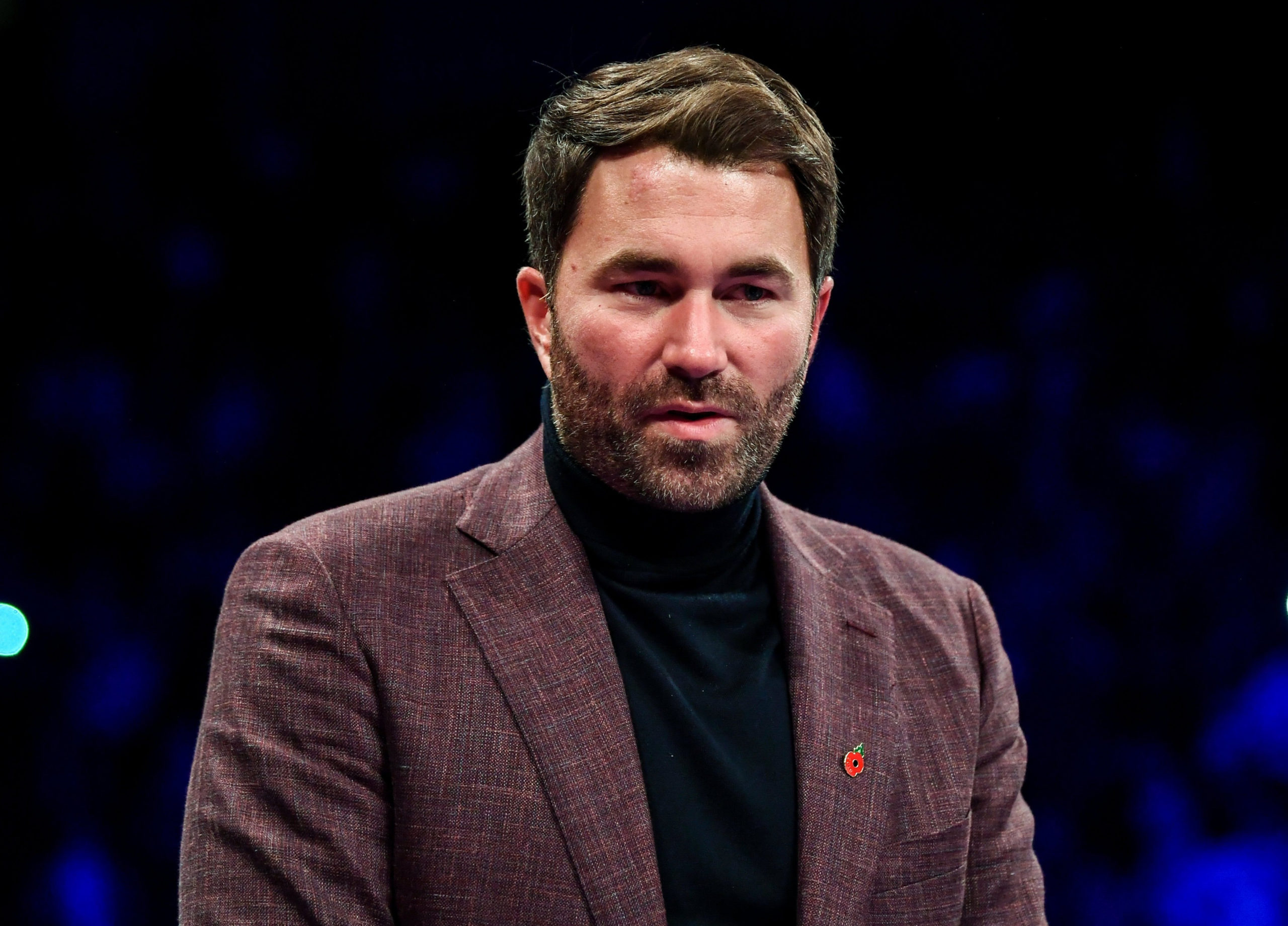 At some point, we all know it will happen, but Eddie Hearn confirms someday he will take the reins at Matchroom and PDC.

Barry Hearn has been PDC chairman since 2001 and has overseen the colossal growth of the sport all around the world. Hearn earlier this year suffered a second heart attack. In only the way Barry Hearn can, is now back up and running steering the ship in these uncertain times.

Since then the question has been asked what will happen when Hearn does finally decide to step back from day to day running of the PDC. Son Eddie has led the way in boxing not only in the UK but around the world. Eddie is the heir to the Matchroom kingdom, which includes boxing, darts, snooker, fishing and ping pong.

The way Eddie brought the glory days back to Britsih Boxing with his drive and passion, it’s hard to see him walking away from the boxing. Asking the question would he want and have the time to head the PDC one day.

Speaking to Online Darts at the Target Sports fishing with the stars, Phill Barrs asked Eddie about the futures plans once father Barry steps down.

“That’s the conversations at the moment. Obusvly he got a bit of attention earlier this year by having a heart attack, I don’t know if that was real or staged. I think he realises that sooner or later he’ll be stepping back. He’ll never step out because of the passion he has, and by the way, if he did step out, it would be bad for darts. It’s his energy that has taken the sport where it is.

“So I don’t wanna just say I’m his son, so I’ve got to take over darts. Because if I don’t have the time, the passion or the energy I can’t do as good as job as he does. And also don’t forget we have a great team there. Matt Porter does an amazing job as Chief Executive; the board are fantastic, so we’ve got a great setup. I don’t just wanna come in and rock the boat; I’m not looking to come in and make silly changes and sort of turn the sport upside down. We don’t need to we’re in a good place. The only challenge we have right now is on the crowds.

“And that’s a challenge all sports are facing in terms of bringing the same kind of revenue in for the events. If the World Championship doesn’t have live gates, the money generated is probably 40% down 50% down.

“I think someday you will see me take over the reins of Matchroom, but in general the running of the sport will be with Matt Porter. Listen if I can help bring in sponsors or help raise the profile of the sport then so be it fantastic.”