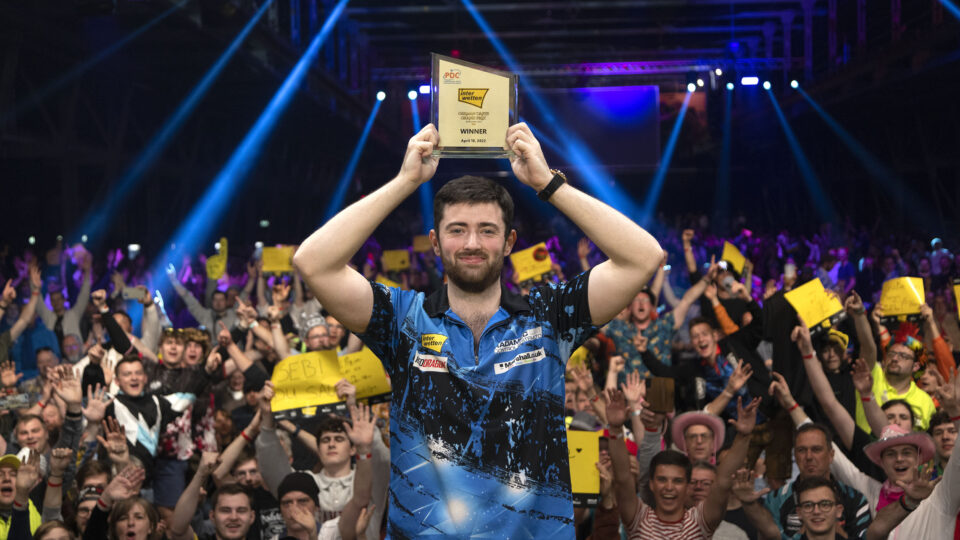 Humphries, a former World Youth Champion, has made significant progress in the last 18 months, reaching the final of the 2021 UK Open and winning his first Players Championship earlier this year.

Following a sensational German Darts Grand Prix victory, which included an 8-2 victory over Martin Lukeman in the final on Monday night, he has taken another step towards the sport’s elite.

Humphries also whitewashed Michael van Gerwen 7-0 in the semi-finals with a masterful performance, averaging 107 and completing seven doubles from 12 attempts while limiting the Dutchman to just one dart at the outer ring.

On the last day, the Newbury star backed up his second-round victory over Jeffrey de Zwaan with ton-plus average victories over Michael Smith and Wesley Plaisier.

In the final, Humphries led 2-0 when Lukeman rallied to make it 3-2, but Humphries pulled away for a spectacular victory with five straight legs.

“This means the world for me and I’m absolutely over the moon with this win,” said Humphries. “This is the biggest thing I’ve ever done in darts.

“It’s been a gruelling, long day and I’ve worked hard. I hit three hundred averages to get myself into the final.

“I think I deserved it but you don’t always get what you deserve in life. I’ve got a ProTour title, a Euro Tour title and the next one’s a major, isn’t it?!

“I’ve known Martin for a long time, since before he was on the tour.

“He smashed me in a competition about five or six years ago, and he said to ‘you’ll make it big-time, you’ll win titles’ and he was right.

“Little did we know six years later we were going to be in a big PDC final!” 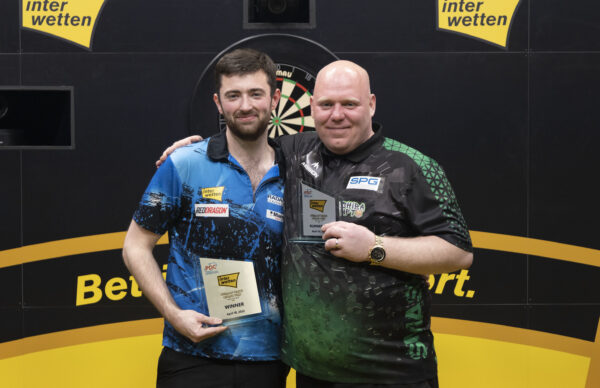 Lukeman began his dream run to a maiden European Tour final on Saturday, defeating Adam Gawlas before defeating Gabriel Clemens of Germany in round two to earn a position in the final day.

The Watford thrower then beat Keane Barry in a decisive match, beat Martin Schindler 6-4, and beat Damon Heta 7-5 to reach the final, where he collected a career-high £10,000 prize.

Van Gerwen had won through to the last four with ton-plus averages against Rob Cross and Keegan Brown, only to have his bid for back-to-back European Tour titles broken by Humphries.

Heta was also in excellent form in the final stages of Monday’s tournament, defeating Scott Waites and Jonny Clayton before losing to Lukeman.