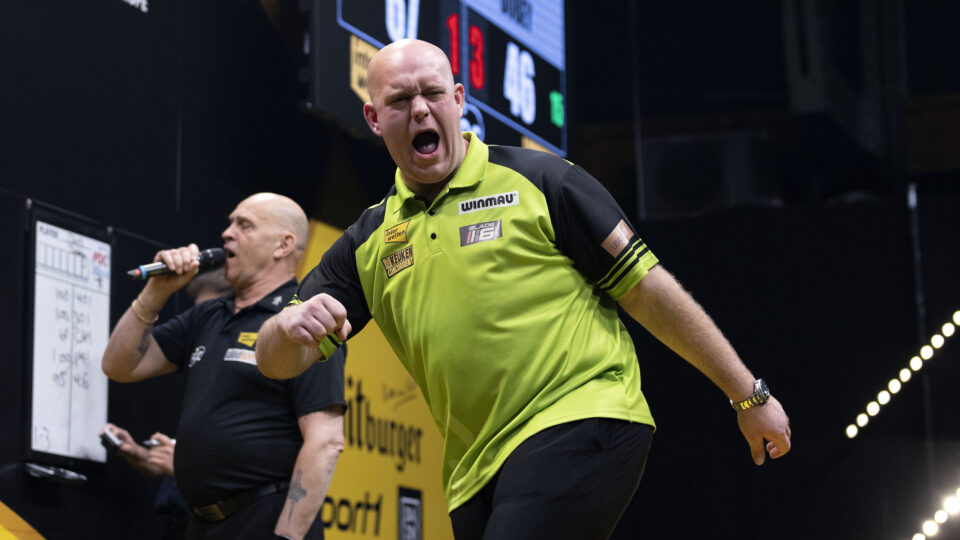 After both making the last 16 of the PDC European Tour event in Munich, Michael van Gerwen and Rob Cross will face off in a thrilling third round game at the Interwetten German Darts Grand Prix on Sunday.

In recent years, Van Gerwen and Cross have had a number of famous battles, including last month’s German Darts Championship final, which the Dutchman won.

They’ll play again on the European Tour circuit on Monday, after European Champion Cross overcame Karel Sedlacek in round two despite 21 missed doubles, while Van Gerwen survived a scare against Chris Dobey in round two.

Dobey led 3-1 and 5-3 against Van Gerwen before missing two match darts at double 18 in the game’s ninth leg, forcing a decider, which the Dutchman won by finishing 93 to advance.

Van Gerwen is looking forward to taking on Cross on Sunday afternoon as he begins his quest for a record-breaking 34th European Tour victory.

“Rob is a phenomenal player,” said Van Gerwen. “He’s tried to battle back and you need to do really well if you want to beat him – but I feel good, I feel confident.

“To win games like this gives you a lot of energy, and that’s really important. There is still a lot of work to do but to start off the tournament like this means a lot.

“Chris had a couple of really good finishes to make it difficult, but there can only be one winner and I’m really glad that’s me.

“That was probably a match I would have lost last year but I’ve got confidence now. The crowds are back and this is what we want.”

Wright appeared to be on his way to a seventh European Tour triumph after taking a 5-3 lead, but Waites came back with rounds of 68 and 71 to keep his chances alive and pinned double 16 in the deciding leg.

The former Grand Slam of Darts champion will now face Damon Heta, who stunned Raymond van Barneveld by averaging nearly 100 in his 6-4 victory

He will now face fellow countryman Dirk van Duijvenbode, who won his second round encounter with Boris Krcmar with a 14-darter in the deciding leg.

Max Hopp continued his comeback with a 6-3 victory over Dimitri Van den Bergh, finishing 50% of his darts at a double to advance to the last 16 and delight the German fans.

He will now face Premier League player Jonny Clayton, who averaged over 102 in a 6-2 victory over Dave Chisnall on Sunday.

Martin Lukeman advanced to the final 16 of a European Tour tournament for the second time by defeating German number one Gabriel Clemens 6-3, winning four straight legs from a 3-2 deficit and sealing his victory with a 115 checkout.

After top seed Gerwyn Price withdrew due to illness on Sunday afternoon, Lukeman will face Ireland’s Keane Barry in the second round.

Michael Smith, a World Championship finalist, held off a strong fight from Berry van Peer to win 6-4, averaging just over 100 to set up a match against Luke Humphries.

Humphries overcame Jeffrey de Zwaan in the third round by winning four straight legs from a 4-2 deficit.

In the deciding leg of their second round encounter, Martin Schindler survived four missed match darts from Brendan Dolan before hitting double 16 to steal victory from the jaws of defeat.

Schindler will face Ryan Searle in the third round, who came back from a two-all tie with Danny Baggish to win 6-2 by following a pair of 13-darters with a 112 finish to finish with a 100 average and six doubles from nine attempts. 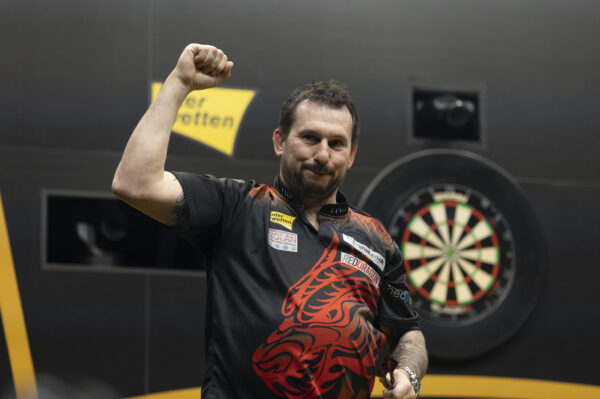