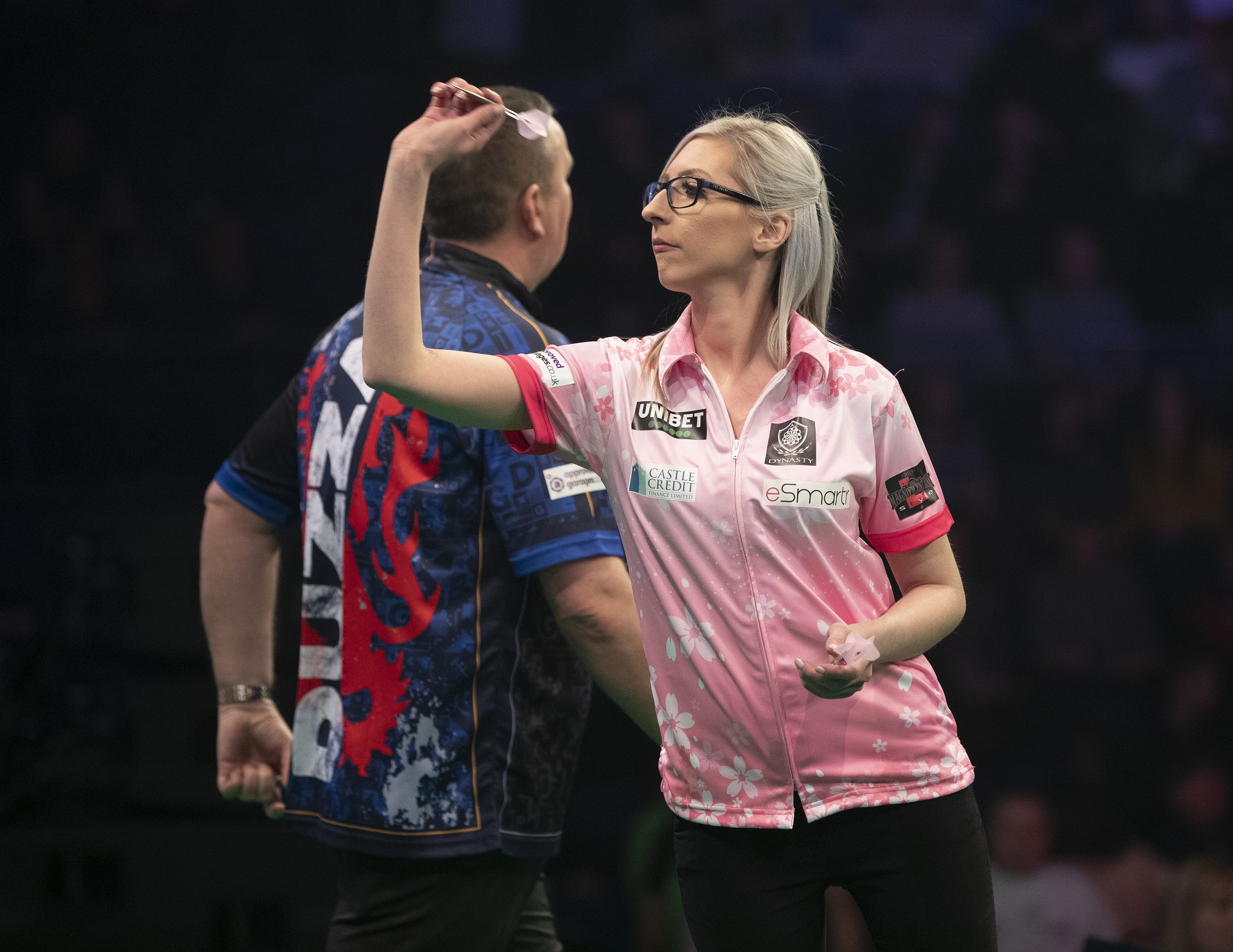 Fallon Sherrock tasted more glory in the MODUS Sports Icons of Darts Live League. The queen of the palace, topped the day on the third day of streaming action. Sherrock won four of her five games but will be disappointed as she had darts to gain the perfect five.

Fallon opened the days play against JDC star John Brown. The first game of the day is always tough for both players, but it was Sherrock who came out on top with a 5-2 victory. It was back to back games for Sherrock as she was straight back into the action, where she would face Keelan Kay. One break of throw was the difference, and that went in favour od Sherrock as the queen would run out a 5-3 winner.

In her third game, she would face Spains world cup star Jose Justicia. Fallon turned on the style, leaving Justicia trailing behind. Sherrock was doing her leg difference a world of good winning 5-2. The last game before lunch saw the slip from Sherrock, as she lost 5-4 to Diogo Portela. Sherrock missed two match darts in the deciding leg.

Sherrock would then have to wait for an hour and a half for her final match, against Monday’s winner Scott Marsh. Fallon knew a victory would hand her the title, and she started with a real purpose. In truth, the queen of the palace saved her best performance until last, as she would wrap up the title with a 5-2 win. A 94 average was too good for an out of sorts Marsh.

With Sherrock winning it would leave the two JDC stars of brown and Kay fighting it out for the runners up spot. In the end, it was Brown who pipped Kay on legs differences.

The MODUS Sports Icons of Darts will return in the morning, streamed live from 10.30 on the Online Darts Youtube channel and Dartshop.tv. Chris Mason returns to the coms box after his holiday. We look forward to all the action. 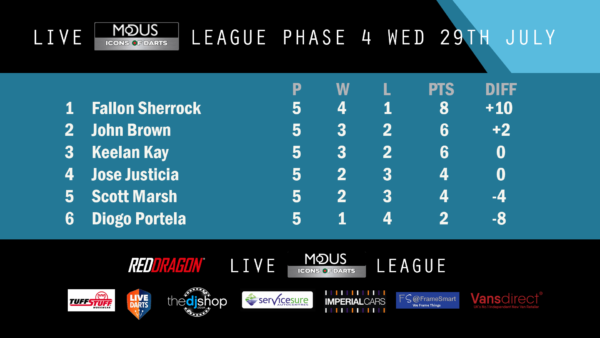