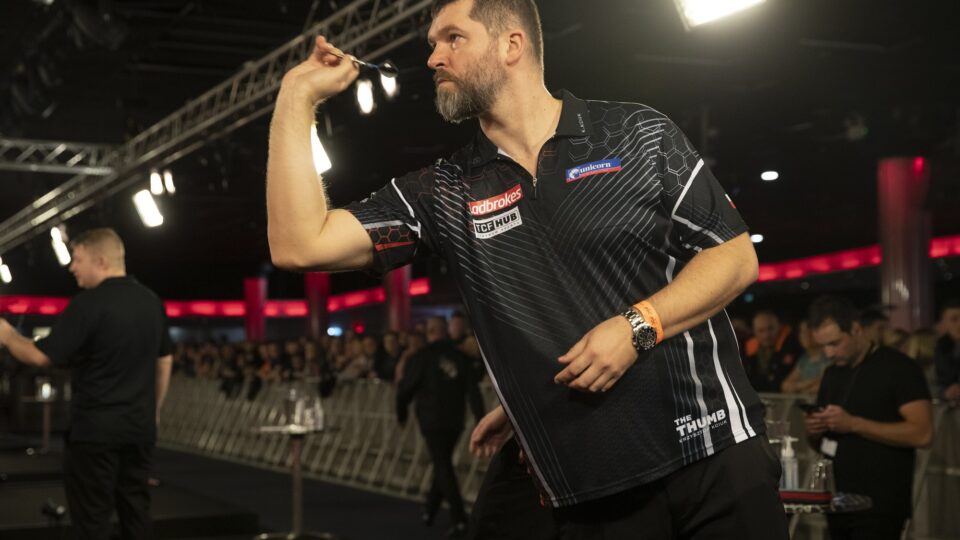 On the first day of the Interwetten International Darts Open in Riesa, Krzysztof Kciuk knocked out Rob Cross, causing the biggest upset of the 2022 PDC European Tour.

Cross, the reigning European Champion, was hoping to make his European Tour debut in this weekend’s £140,000 tournament at the Sachsenarena.

However, Poland’s Kciuk punished the 2018 World Champion for nine missed doubles, reeling off five straight legs from one-all to advance to a second round encounter with Jonny Clayton on Saturday.

With a 6-2 victory over Martin Lukeman, Dimitri Van den Bergh began his own quest for a first European Tour title.

As he advanced to face Mensur Suljovic, the former World Matchplay champion averaged 101.44 and finished six doubles out of nine tries.

After overcoming Ryan Searle 6-4, Ritchie Edhouse will face world number one Gerwyn Price, who took out a 157 finish on his route to a stunning victory.

Nico Kurz defeated Gabriel Clemens 6-3 in an all-German tie to advance to the second round, where he will face Dirk van Duijvenbode.

Jermaine Wattimena’s 170 checkout was not enough to keep the Dutchman from losing 6-2 to Germany’s Niko Springer, who will now face Brendan Dolan.

As they advanced to the final 32, Kim Huybrechts and Daryl Gurney put an end to the ambitions of Germans Florian Hempel and Fabian Schmutzler. 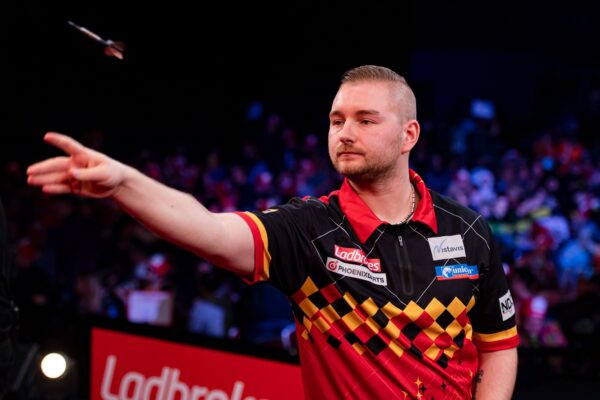 By whitewashing Dragutin Horvat, who missed two darts to win the game’s first leg before being denied another dart at a double in the battle, Australia’s Simon Whitlock advanced to a second round match with World Championship finalist Michael Smith.

Brian Raman, a new PDC Tour Card holder, advanced to the second round of the event by defeating Host Nation Qualifier David Schlichting 6-3 in the first tie.

Jeff Smith of Canada shrugged off a 35-hour travel to Germany, where he only arrived in Riesa on Friday evening to beat Danny van Trijp 6-4.

Smith will now face Nathan Aspinall, who is making his first appearance since the World Championship after recently undergoing treatment for a wrist injury.

After defeating Janos Vegso 6-3 in the first round, Mervyn King will face Danny Noppert in the second round, while Lewy Williams’ 6-4 victory over Dennis Nilsson of Sweden sets up a match with Krzysztof Ratajski.

The 16 seeded players compete in the second round in Riesa on Saturday, with the event wrapping up on Sunday with two sessions.