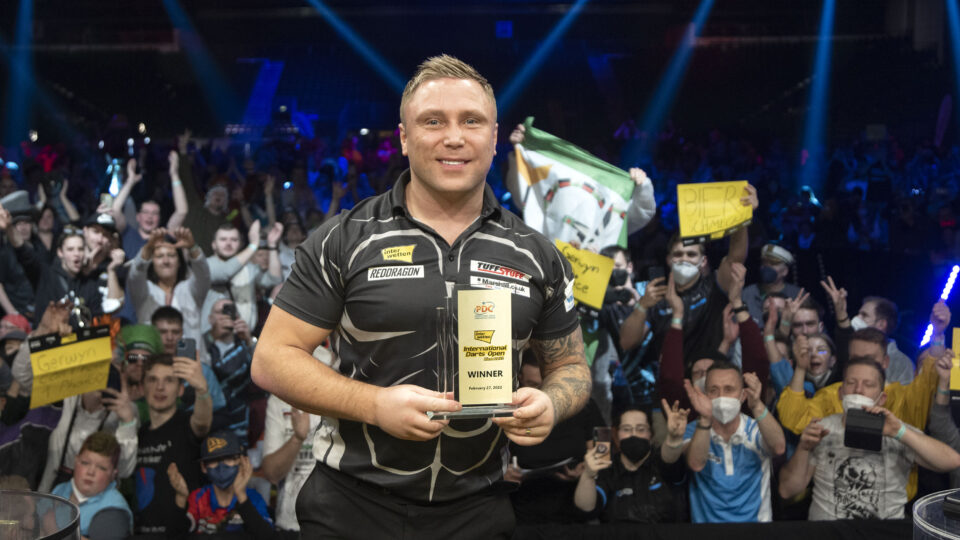 Gerwyn Price retained his world number one ranking by defeating Peter Wright 8-4 in the final of the 2022 Interwetten International Darts Open in Riesa.

The world’s top two met in the final of the year’s inaugural European Tour event, with the winner gaining the title and £25,000 winner’s prize as well as the world number one slot on the PDC Order of Merit.

In front of 2,000 people at the Sachsenarena, both players averaged over 106 in a high-quality final, but Price’s deadly accuracy on the outer ring saw him miss just one attempt at double to win the title for the third time in four years.

“I told Peter he will have to wait another week [to become world number one],” joked Price, who last suffered defeat in a European Tour event in 2020.

“There was a lot of pressure on me in that final with the world number one spot resting on it, so I’m proud of myself tonight.

“I’ve played here four times and won three of them; I thank the crowd immensely for the reception they gave me and the way they supported both players in the final.”

Price maintained his form from ten days ago, when he blasted two nine-darters on his way to winning Premier League Night Three in Liverpool.

After defeating Australia’s Damon Heta in the last 16 on Sunday, the Welshman went on to defeat Danny Noppert and the returning Nathan Aspinall in the quarter-finals and semi-finals, respectively.

Wright is still on the edge of being world number one for the first time in his career, but he’ll have to wait until the Cazoo UK Open next weekend. 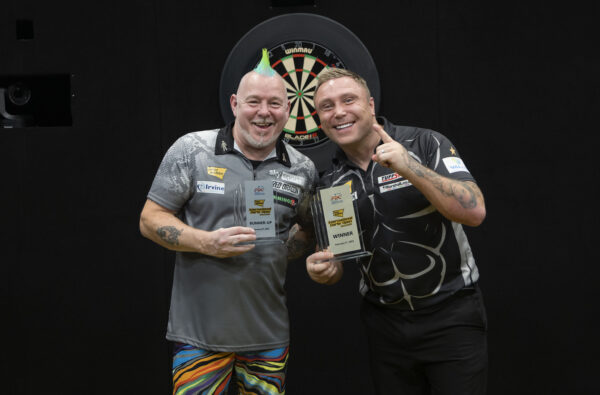 An impressive weekend from the reigning World Champion saw him come through a last-leg shoot-out with Michael Smith in the quarter-finals, before enjoying a 7-3 success over Jonny Clayton in the semi-finals.

“I’ve got to fight to become world number one, I know it won’t just be given to me,” said Wright.

“Gerwyn showed tonight why he is world number one and a former World Champion; he never gives up, he always fights.

“But I’m after him, and hopefully I can do enough over the next few weeks.”