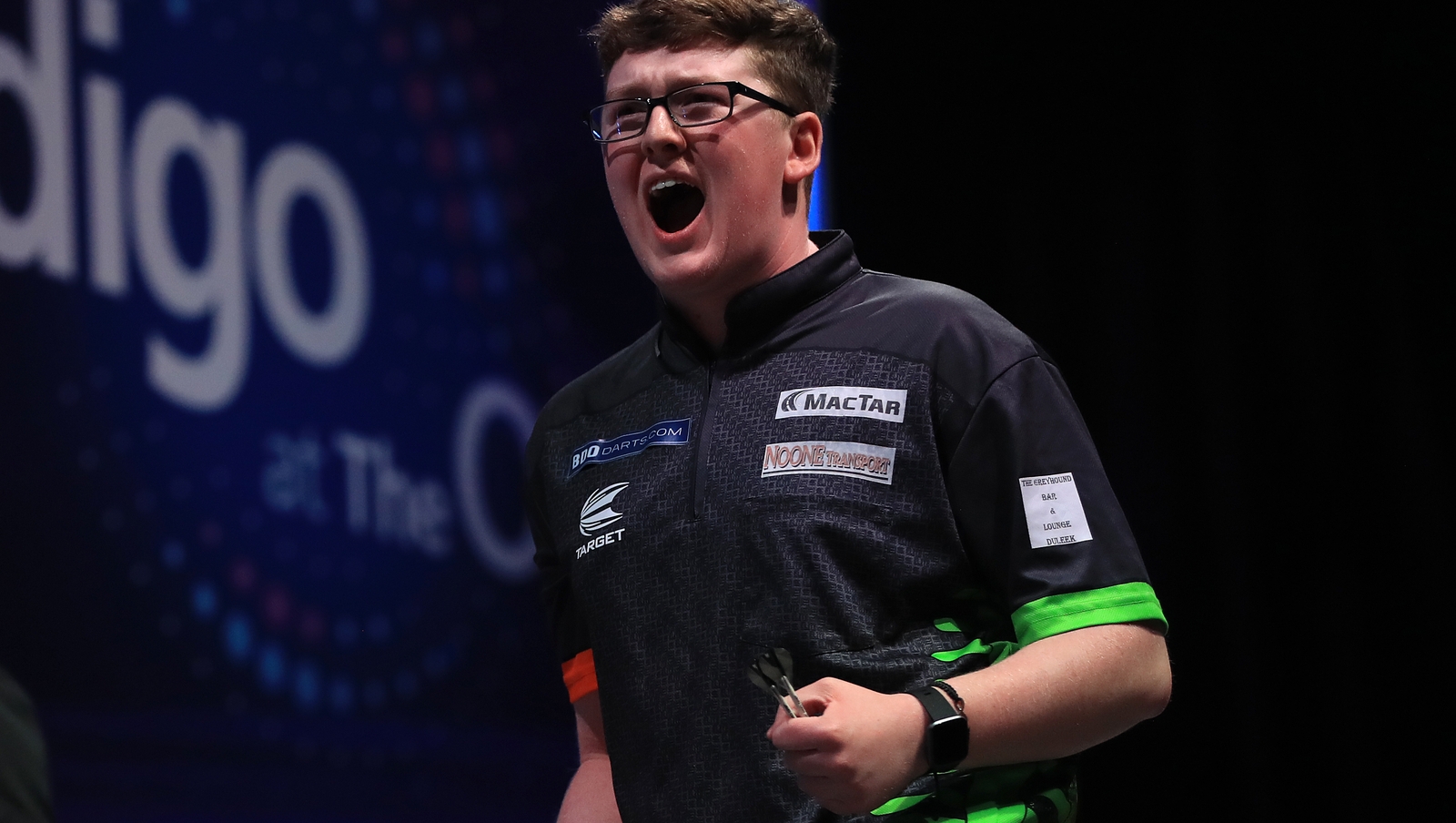 Barry made his debut on his 18th birthday, with the young Irish talent impressing in the MODUS Sports Icons of Darts Live League. Barry would open up the day on his birthday against the former champion of the world Scott Mitchell. The JDC star was quick out of the blocks averaging above 106 in the opening four legs. Barry would run out a 5-2 winner, getting his Icons campaign off to a winning start.

Barry would be straight back into action against Stephen Burton. The match was a high-class affair, going down to the final leg. Burton holding throw, taking the point with a 5-4 victory.

Taking defeat on the chin, Barry would bounce back in some style in his third game. A 5-0 whitewash of Mike Warburton, giving Barry the points. With lunch looming, Barry was well poised on four points from three games

Paul Nicholson was next up for Barry, in what would turn out to be one of the matches of the day. It would be another nine leg thriller for the fans to watch on the stream, with the 2010 Players Championship winner Nicholson edging out Barry. After the match, Nicholson took to Twitter and said the following about the young talent.

“ Just played @KBarry180 (Twitter handle) and it was my 1st experience of playing this young star. I was fortunate to come away with the win, but the most overriding emotion after that game is motivation. If you can’t see where the game is going and want to be part of it, stop!!”

Barry’s final game of the day would come against another former world champion in Mark Webster. It was also another game that would go the distance. Barry’s record in final legs was the only thing that wasn’t impressive during the day. This time Barry would but this stat right, as he held throw in the final leg to edge out Webster 5-4.

After his victory over Webster that Barry’s day all done, it would now be a waiting game for Barry to see if three wins would be enough to lift the title. This group of players looks to one of the closest races for the title we have seen. With six points may be enough, but time will tell.