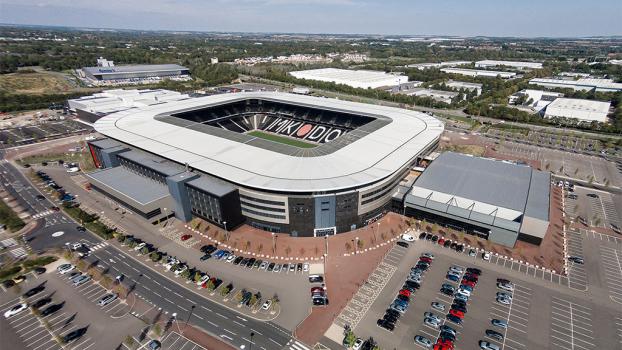 The league phase of the Unibet Premier League will finish in Milton Keynes this year.

The PDC have announced that four more nights of action will take place at the Marshall Arena. This will happen from Wednesday 2- Saturday 5 September.

There is still a hope that the Play-Offs could happen in front of fans, on Thursday 22 October at The O2 in London. Should this not be possible, there will be an extra night in Milton Keynes. This will mean the Play-Offs will take place on Sunday 6 September.

“We have continued to work with all relevant parties in recent weeks in a bid to stage these four Unibet Premier League nights with a crowd,” said PDC Chief Executive Matt Porter.

“As we are still not able to guarantee this and bearing in mind the need to provide clarity for fans with tickets to these events, we will now be staging a further four nights behind closed doors in Milton Keynes.

“We are continuing to work with The O2 in a bid to end the season in style with the Play-Offs in front of a live crowd on Thursday October 22 if practicable, with the option of adding a further night in September in Milton Keynes available should this not be possible.”

Last month, it was confirmed that the Marshall Arena would host six Premier League nights. Now, the rest of the league phase will also take place there.

Will now not take place. If you’re a ticket holder for one of these events, your ticket will roll over to the 2021 event. If you want a refund, you must apply to the box office from where you bought your ticket.