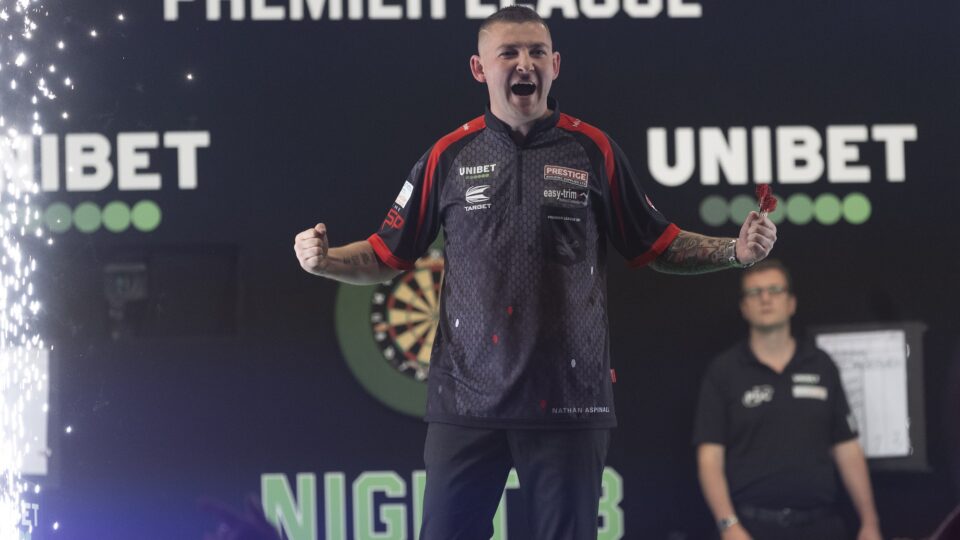 It has been well documented that Anderson is Aspinall’s darting idol, and last night, the former UK Open champion let those emotions get in the way of playing his normal game.

“Emotions in a different way, got a lot of respect for Gary, too much respect. Tonight’s been the night I’ve realised I’ve got too much respect for the man. We practice every single night together. Growing up he was my idol, but I’m here to pay the bills, I’m here to do a job,” said Aspinall post-match.
“I’m a professional, and it’s something that I’ve took away from the game and I’ve learnt from, and I’ll never make that same mistake again.”
“I’ve been performing well playing how I normally play, and I changed my game plan tonight because I respect Gary Anderson, and that’s not how you should do it. I’m disappointed in myself how I’ve handled the situation tonight.”

With one round of fixtures in the league stage to play Aspinall still has an outside shot of finishing top of the table. For that to happen, Aspinall will need to beat Jose De Sousa and Peter Wright beats Michael van Gerwen.
If Aspinall had beaten Anderson last night, the job of finishing top could have been a whole lot easier. The Asp was runner up in the Unibet Premier League last year and hopes that he can go one better in 2021.