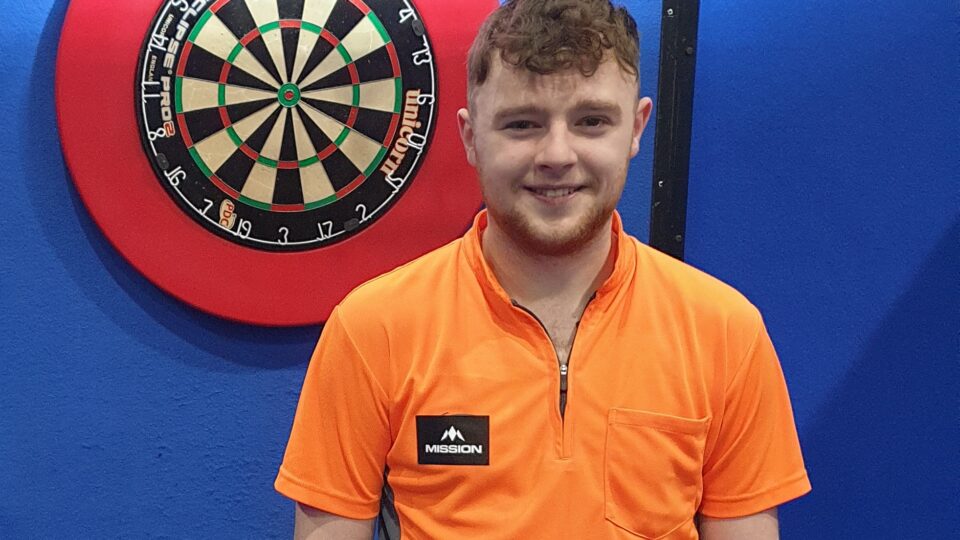 The pair follow Montgomery and Peters in taking tournament victories.

Josh Rock overcame Development and Challenge tour winner Nathan Rafferty in the first ever all Northern Irish Q-School final. Rock was solid all day without doing anything particularly outstanding, averaging in the 90s in six of his seven matches. The Irishman managed to quickly dispatch Scott Williams and Ben Quenby 6-1 and 6-0 respectively in his first two games. A 6-4 victory against Jordan Brooks and a 6-3 victory over Justin Smith left Rock on 4 points in the order of merit breathing down the necks of those in the tour card spots.

The order of merit position however became irrelevant to 20 year old Rock as he maintained his level averaging 95 in a 6-4 victory over Daniel Day and then beating newly crowned World Youth Champion Ted Evetts 6-4 in his semi final. That was enough to secure his card no matter the outcome of the final yet he managed to kick on averaging 99 against Rafferty in a fairly one sided final getting over the line 6-3.

Rock was one of several players mounting final say attacks on the top of the order of merit with heavily fancied Matt Edgar coming from no points to being just one game away from winning a tour card at the end of the day. His run today was stopped however when he ran into Nathan Rafferty. Q-School was not kind to perhaps to most talked about participant in Fallon Sherrock with the Queen of the Palace going out early again today finishing the event without picking up a single point.

In a final that was lacking in excitement in some respect due to both players again having secured tour cards earlier in the day. Krzysztof Kciuk edged out Tony Martin 6-3 to take the tournament win.

Kciuk, who came to Q-School in an attempt to regain the tour card that he won two years ago, was sitting nowhere near the qualification spots for a tour card. The Pole, who had been one of the pre-tournament favourites to win a card, started the day on zero points after a poor first three days. Kciuk however got off to a flying start in his opening game beating Maikel Mossou 6-0 in his opening match. He then went on to dispatch Vladimir Andersen 6-3 in the second round, Wouter Vaes 6-4 in the round of 36 and Roomer Mooijman 6-2 in the last 16. This set up a Quarter Final with Christian Kist who was also mounting a last day push for a card after a disappointing start to the tournament. Kciuk averaged 88 brushing Kist aside 6-2 leaving his fate in his own hands and knowing that a semi final victory against Fabian Schmultzler would secure him a tour card. A 6-1 victory secured that tour card and set up a final with Tony Martinez

As a result, the pressure was off Martinez and Kciuk in today’s European final with both having already secured tour cards in the order of merit. The most exciting part of the final day in Niederhausen came at the semi final stage. Dragutin Horvat was just one leg away from pinching the final order of merit spot away from Rowby-John Rodriguez but Tony Martinez took the deciding leg ending Horvat’s quest for a tour card and delighting Rodrigues who must have been watching on nervously after exiting today in the round of 64.