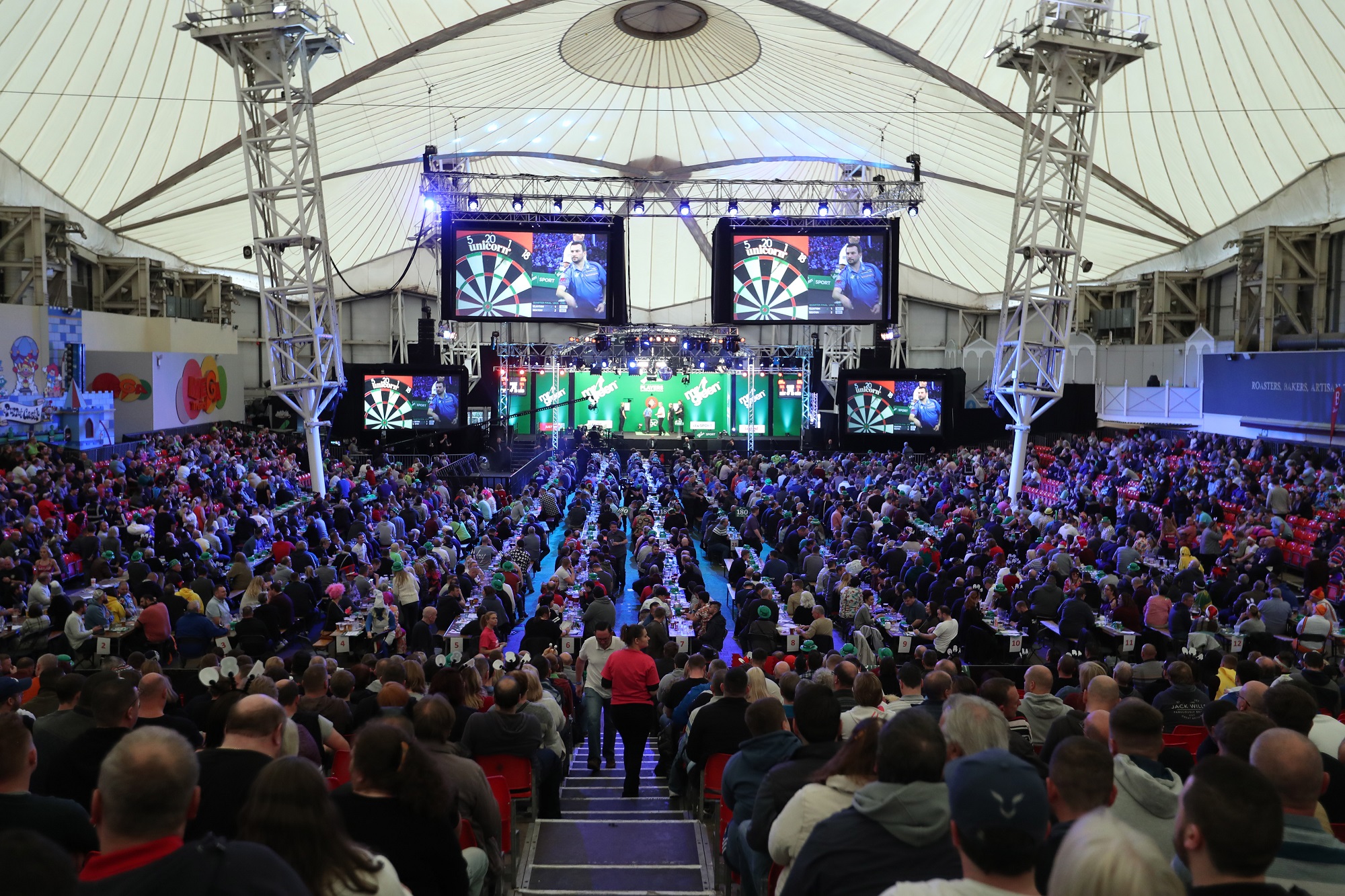 Players Championship Finals to be behind closed doors and will not take place at Butlins Minehead this year.

The PDC confirmed earlier today via their website that due to current social distancing guidelines, Butlins have informed them they are unable to host the event.

The Players Championship finals will still take place between 27-29th of November, and a new venue will be announced in due course.
The format of the event will remain the same meaning a new venue with two match boards needs to be located.

The news comes as a big blow following the successful return of fans to the World Series Finals in Austria on the weekend just past. The decision will also throw doubt on fans being able to attend the World Championship in December in London’s Alexandra Palace.

For fans that have already booked their tickets this year Butlins should be sending you an email with the option of a full refund, or to roll over your tickets for the 2021 event.

For the first time in 9 years, the event will be played away for Butlins in Minehead. With bubble system in operation for many of the PDC events, you would think that Milton Keynes or Coventry would now be the favourite to host the Players Championship Finals.

This is also a monster blow for the William Hill World Darts Championships being allowed fans in. The Worlds are only three weeks after the Players Championships Finals, there is now a genuine concern that the showpiece event will now be played with how the loving fans.

Could you imagine the world championships without fans? Would it be the same? It really could be the toughest challenge the PDC have faced since COVID hit the world at the beginning of the year.