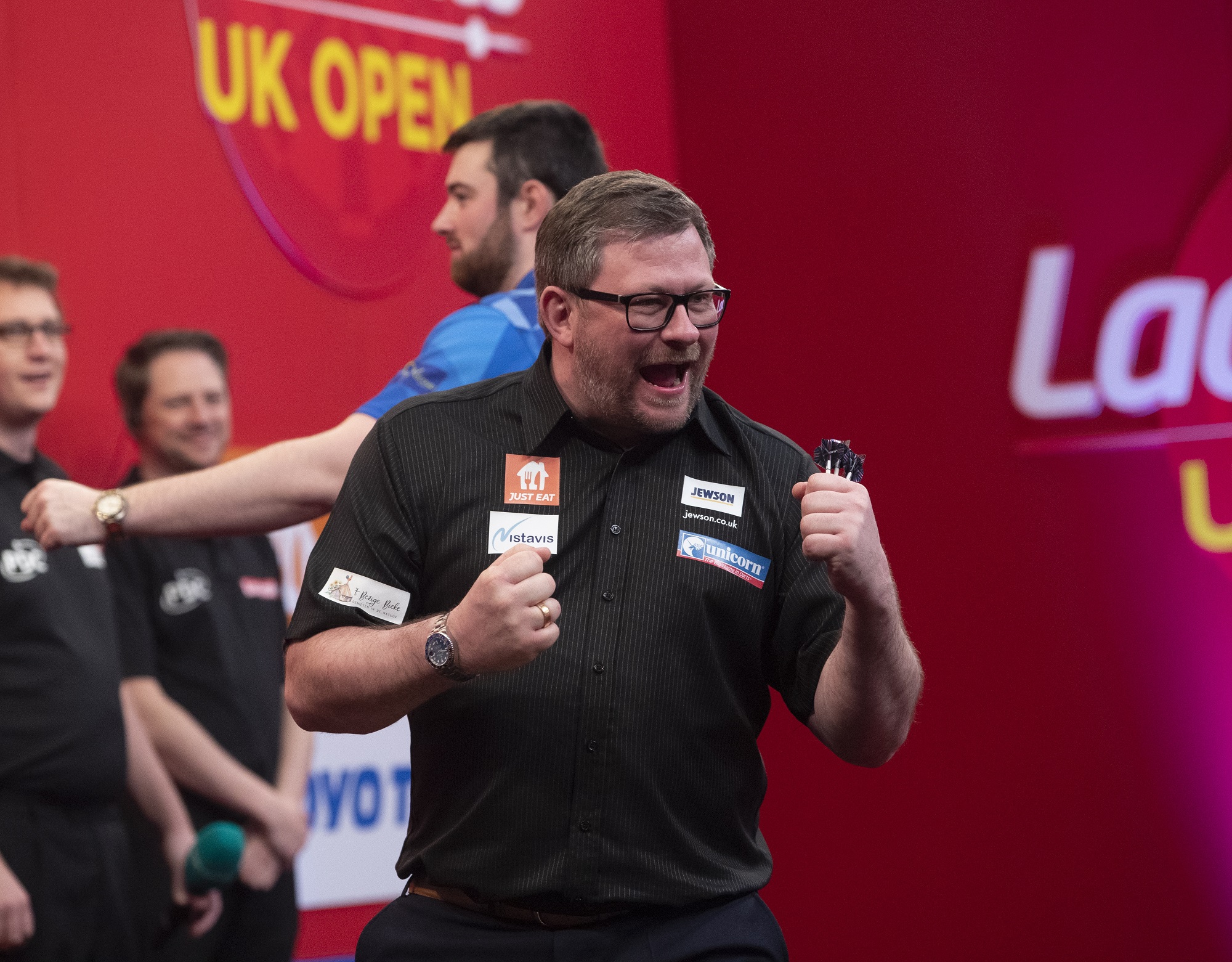 Today, our focus is on the last minute replacement, the 2021 UK Open Champion, James Wade…

This wasn’t a piece I was expecting to write. James Wade is back in the Premier League.

The bombshell broke this morning that the world champion and world number one Gerwyn Price had tested positive for COVID-19 and would return home to self isolate.

That left the door open for the 2009 Premier League Darts winner, the highest ranked player not originally selected, to take his spot in the line up.

The Machine was already in Milton Keynes on standby, but until this morning was probably not expecting to throw a dart on the stage. Despite that, as the late replacement Wade could be a danger to all.

Unexpected but deserved return for Wade

If James Wade was ever to return to the Premier League, and many thought it wouldn’t happen, then it had to be like this. As the underdog. The late replacement. Sneaking in the back door of an event he has long believed he wasn’t wanted in.

The timing could scarcely be better either. In 2020, Wade reached the final of the European Championship, eventually losing to Peter Wright, before going on to pick up runners up honours again at the Grand Slam of Darts.

He kicked off 2021 with a solid performance at The Masters, losing a quarter final epic against eventual winner Jonny Clayton, who secured what was, until today, the final premier league spot in the process.

Those performances alone had many calling for Wade’s inclusion in the 16 night extravaganza that is the Premier League.

Then The Machine went and added an eleventh major title, at the UK Open. That win four weeks ago, included a comfortable win over Gerwyn Price, the man he now replaces, in the semi finals. Wade went on to defeat major final debutant Luke Humphries in the showpiece.

Jack “Gobby” Garwood gives his prediction on what we’ll see from James Wade in this year’s Premier League, and where he will finish:

Stating the obvious, I did not expect to be writing this piece.

The field was set, and Wade, had been omitted by the selection panel, albeit to some, a bit unfairly.

Obviously, it goes without saying that health comes first, and I hope Gezzy has a speedy recovery.

However, now the Machine will take part in this years event, I can’t be anything but optimistic about his chances.

Followers of the Online Darts Live Lounge and our other Podcasts will know I am a huge James Wade fan.

He’s a former winner of this event, made the playoffs last time he was involved, and after winning the UK Open, he’s a player entering the event carrying far greater form than a large percentage of the field.

The order of my top 4 predictions has now changed slightly, but I expect Wade to join Clayton, Van Gerwen and Wright in the play offs.

That victory at the UK Open elevated Wade to number 4 in the world. The manner of the victory teased the possibility that rise isn’t finished.

We all know the talent that he possesses. He has an ability to win close matches that others wouldn’t. A steady mid nineties average and punishing finishing, finding huge checkouts at the right time. It’s known by many in Darts as Wading.

But his victory in Bolton was more than that. Throughout the tournament and especially at the business end, he averaged a few points higher and won games comfortably against quality opposition.

Mentally, Wade has seemed in a great place over the last year and it’s showing in his performances on the stage. If he can continue to perform the way he has recently, he has an incredible opportunity for more silverware.

Could the last man in be the last man standing? He’ll never get a better chance to add a second Premier League Darts title to his collection. Write him off at your peril.