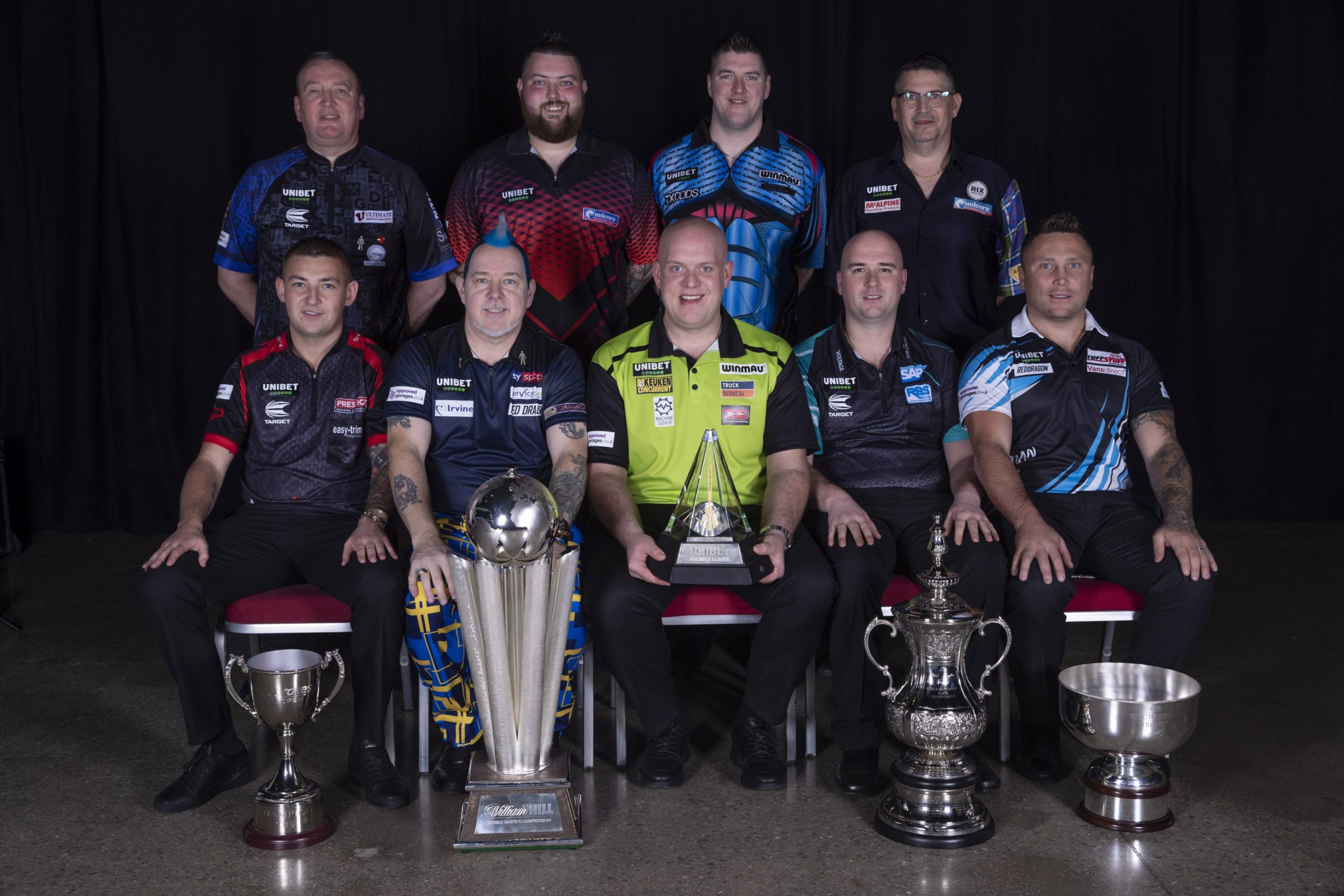 It has been a little over five months since the last dart was thrown in Liverpool but the wait is almost over as the Premier League finally returns to our screens courtesy as always to Sky Sports on Tuesday 25th August.

Instead of packed venues with fans dressed as giant bananas and superheroes the matches will be played behind closed doors in Milton Keynes. Despite the lack of attendance the importance remains the same and every player will be eager to secure a top four spot for October’s grand finale in the O2.

When the curtain came down in after week six in March, Glen Durrant was proudly sat at the top of the pile. With just two more rounds of matches until the fateful Judgement night it’s the man from Middlesboro who kicks things off against Peter Wright. Snakebite is one place off the play-offs and as current World Champion would be disappointed to not be involved at the O2.

Michael van Gerwen will be looking to hunt down Duzza and leapfrog him to the summit by overcoming Rob Cross who is languishing in eighth place and looking over his shoulder at the dreaded drop. Will Voltage get a much needed two points or will MVG keep on track as he aims for his fifth Premier League title on the bounce.

Third up is Bullyboy against Gary Anderson. The Scot came close to another TV major when he last stepped foot on the Milton Keynes stage missing out to Dimitri Van den Bergh in the recent World Matchplay Final. He will be looking for a result against his former protege to keep his dreams of a third Premier League crown alive. Only a point separates the pair and with it being desperately tight at the top it this result could prove very decisive. Michael Smith is still eager to get that monkey off his back and win his first television major. Could this be his time? Current form says he has every chance to finally secure that elusive title.

In possibly the match of the night, young Nathan Aspinall goes head to head with Gerwyn Price. Both players have yet to add the Premier League to their impressive CVs but very much in the hunt for a top four finish. The Iceman needs the points more than Aspinall but it should be a very close match up.

Finally it’s a very important match for Daryl Gurney who will be looking to save early elimination by securing the vital points he needs to stay in the tournament. He takes on challenger Chris Dobey and a welcomed victory would certainly make things interesting below.

It all shapes up for a very fascinating conclusion to this unprecedented Premier League campaign as we head into six consecutive nights before a short break then the final four round of matches to decide who heads to the O2 on the 22nd October. There may be no fans in attendance but that won’t detract from the drama the tournament always serves up.