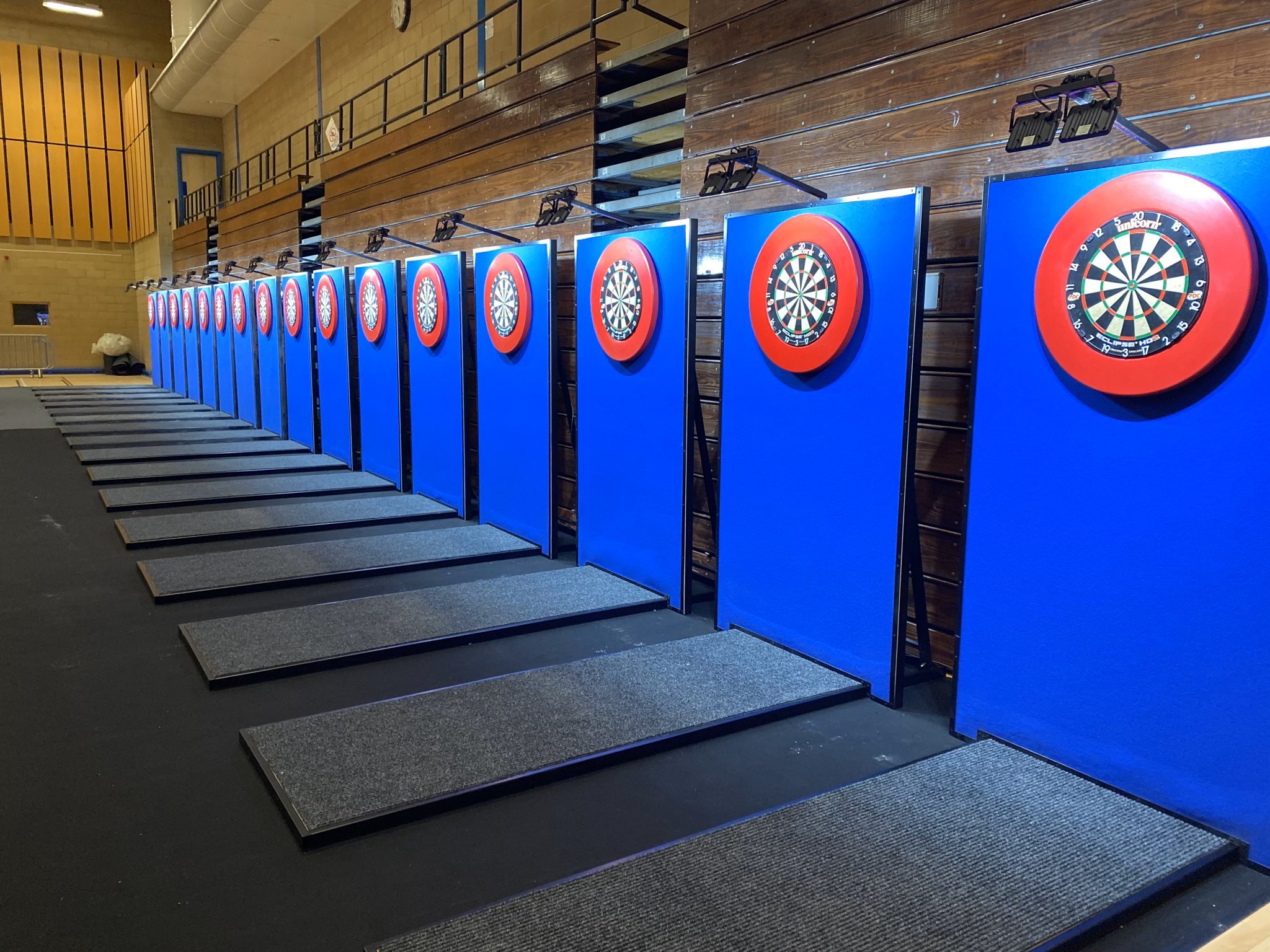 The PDC has announced a radical shake up to Q-School in 2021.

In previous years, the event has been a complete open draw, allowing anyone to potentially get a tour card in four days of action in the UK and Europe.

Now though, there will be two stages to the event. The first stage will be open to anyone aged 16 or over, so the likes of Fallon Sherrock will enter at this stage.

There, they will compete for a place in the final stage. The final stage will include, as well as these open field winners:

The events will take place across the week of Friday 15 – Thursday 21 January.

The UK event will be hosted at the Marshall Arena in Milton Keynes, England. The European Q-School will take place at the Ostermann Arena, Leverkusen, Germany.

Entries will open from 9am GMT on Monday 14 December.

How will stage one work?

The first stage will happen between Friday 15 – Sunday 17 January. There, anyone from 16 and above can compete for a final stage place. Should the entries exceed 256 for stage one, it would be split into two in a random draw. This is to reduce the number of players on-site at any time to COVID regulations.

There will be no seedings, and games will be played over the best of 11 legs.

The UK Q-School will include players who live in the:

The last four players from each of the day’s action in stage one, will join the other players in the final stage. Ranking will also be given to other players, based on the number of wins from the first full round onwards, to form an Order of Merit. That will ensure more players also move to the final stage.

How will stage two work?

Stage two, or the final stage, will work like Q-School has done in the past. However, the difference is only 128 players will be involved. It will take place between Monday 18 – Thursday 21 Janaury.

There will be no seedings, and games will be played over the best of 11 legs.

The last two players on each day at the UK Q-School will win a Tour Card. The winner of each day of the European Q-School will also win a card, and will be part of the PDC Pro Tour.

Further tour cards will be given to Order of Merit leaders, based on the same criteria as stage one.

For full information on how Q-School will work, visit the PDC website.