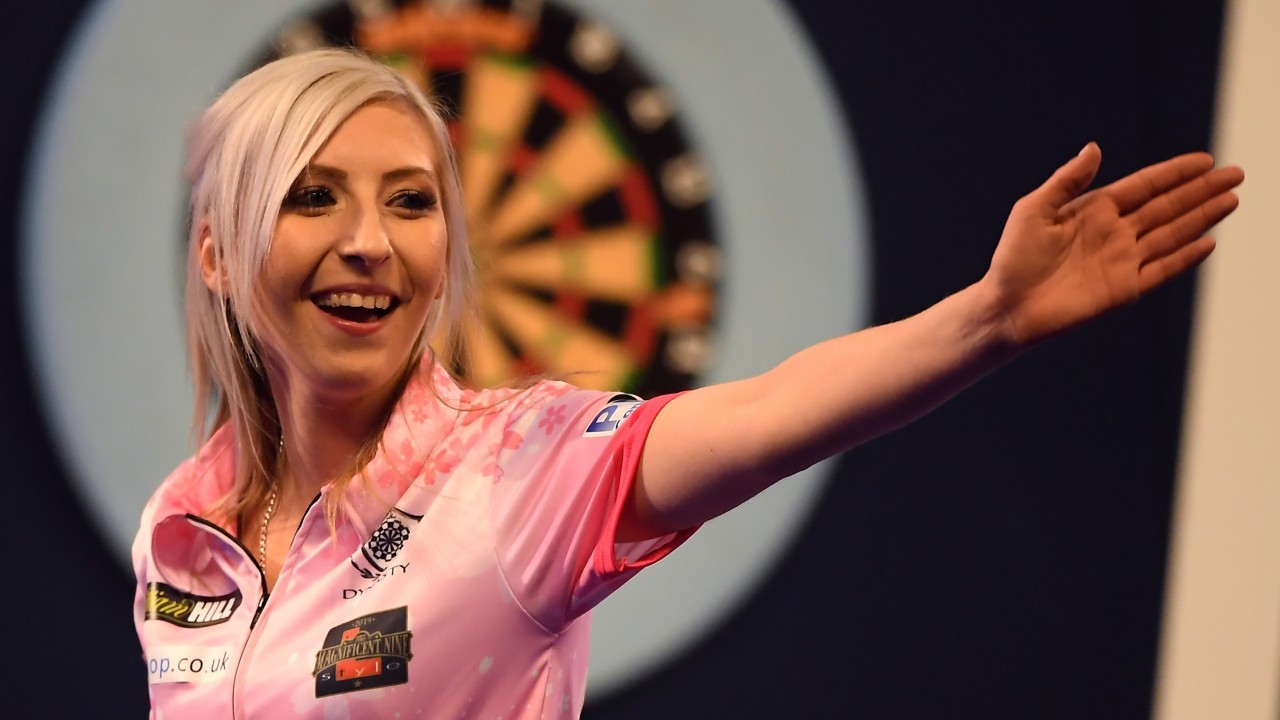 Fallon Sherrock reflects on Women’s Series, as the Queen of the Palace, thinks the ladies game is heading in the right direction.

This time last year Fallon Sherrock shot to global stardom when she became the first female to be a man at the World Championships. Sadly the Queen of the Palace will not be returning this year.

Sherrock missout on qualifying by just two legs in the PDC Women’s Series, as Lisa Ashton and Deta Headman took the two spots at Ally Pally. When asked if she would be cheering Ashton and Headman on, “Of course I will be.”

Looking back at the Sherrock feels she didn’t do that much wrong at the Women’s Series, and we are now seeing that the ladies game is starting to move forward.

“I’ve definitely had time to reflect. I tried my best at the time, I missed out by a couple of legs it wasn’t like I did anything wrong, next time I get the opportunity, maybe put in a bit more practice, so I’m taking out the doubles,”

“I can’t really have any bad things to say on it, purely because I tried my best. On the whole weekend, there were two better players, and they deserved their spot.”

“I just want them to go up and enjoy the experience, they’re more than capable of winning their games and it would be great if they won their games because it’s a really big push for the Women’s game. We’ve got two of the best players there is up on the big stage representing the women, you couldn’t ask for better people.”

Sherrock is already looking forward at 2021 after so much of her calendar was cancelled tin 2020 due to COVID19. Sherrock said she would 100% be at Q-School in the new year, as she looks to win her tour card and join Ashton on tour full time.

We saw in the final Challenge Tour of the year that Sherrock has the game to compete at the highest level, will 2021 be the year we see Sherrock on tour?