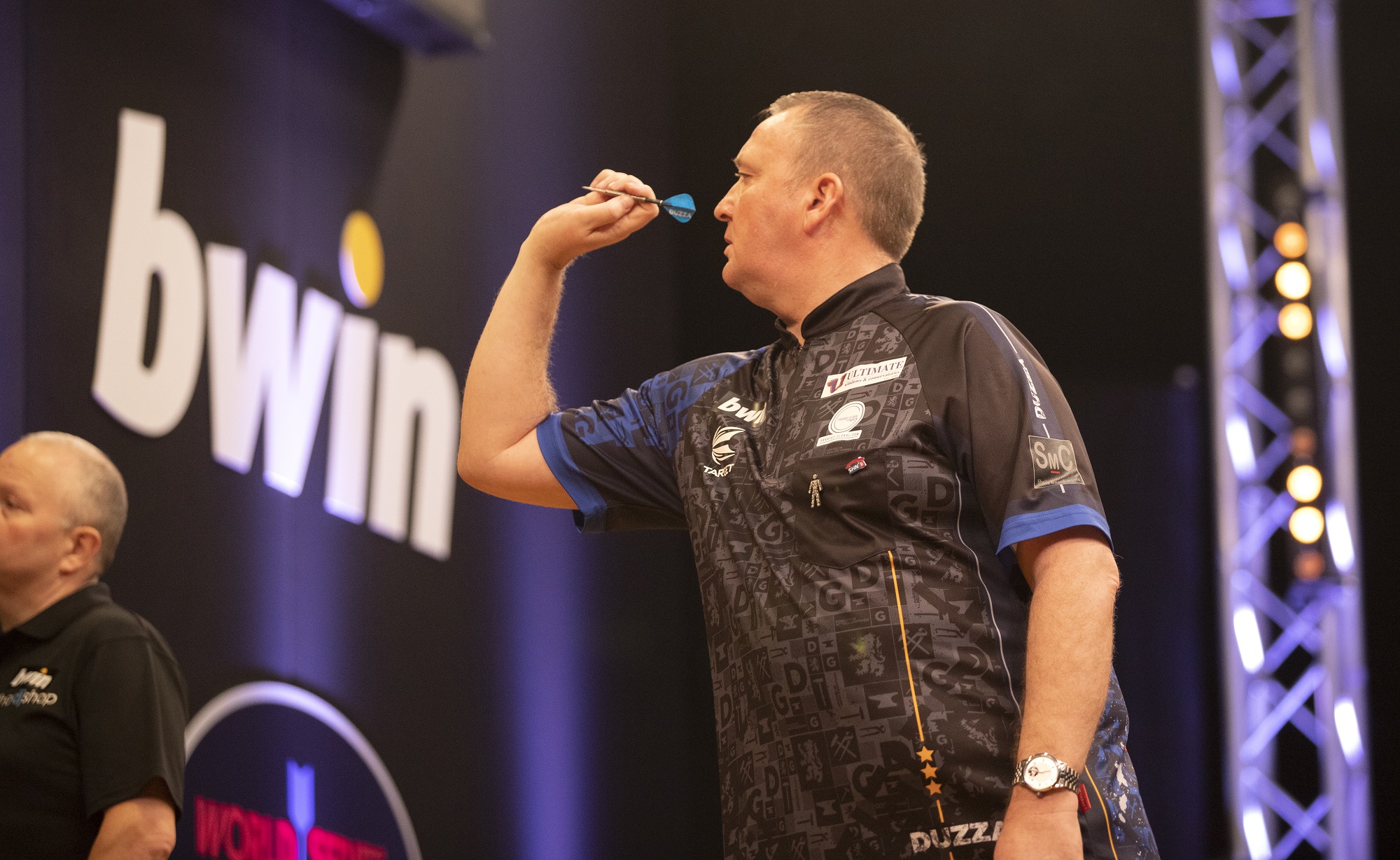 Glen Durrant has refused to rule out a triumphant run at Alexandra Palace – but tempered any hype around him becoming a four-time world champion in January.

Durrant, 50, will get his PDC World Championship campaign under way with a second-round match against Steve Beaton or Diogo Portela on Wednesday 16 December.

“I might have to focus more on next year, but maybe… just maybe,” he said.

It has been a mixed year for the Middlesbrough man, who lifted the Premier League title at the first time of asking in October, only to be struck down by Covid-19 just a few weeks later.

He reached the semi-final of the World Matchplay in July, losing out to eventual winner Dimitri van den Bergh and he also reached the latter stages of his first PDC World Championship, slipping to a 5-1 defeat by Gerwyn Price in the last eight.

“There’s only one thing left for me to win”

It has taken time for Durrant to recover fully from the effects of coronavirus, a period in which he lost all three group matches at the Grand Slam of Darts, plus a 6-3 reverse to Wayne Jones at the Players Championship.

But the three-time BDO world champion believes he can regain confidence and get enough practice in to really make his mark in north London.

“It’s tough to say [that] I’m going to be [the winner, but] the whole focus of my darting life is on Ally Pally.

“I still believe there’s one chapter left. There’s only one thing left for me to win. If it’s [to be] this year then what a story that would be.”