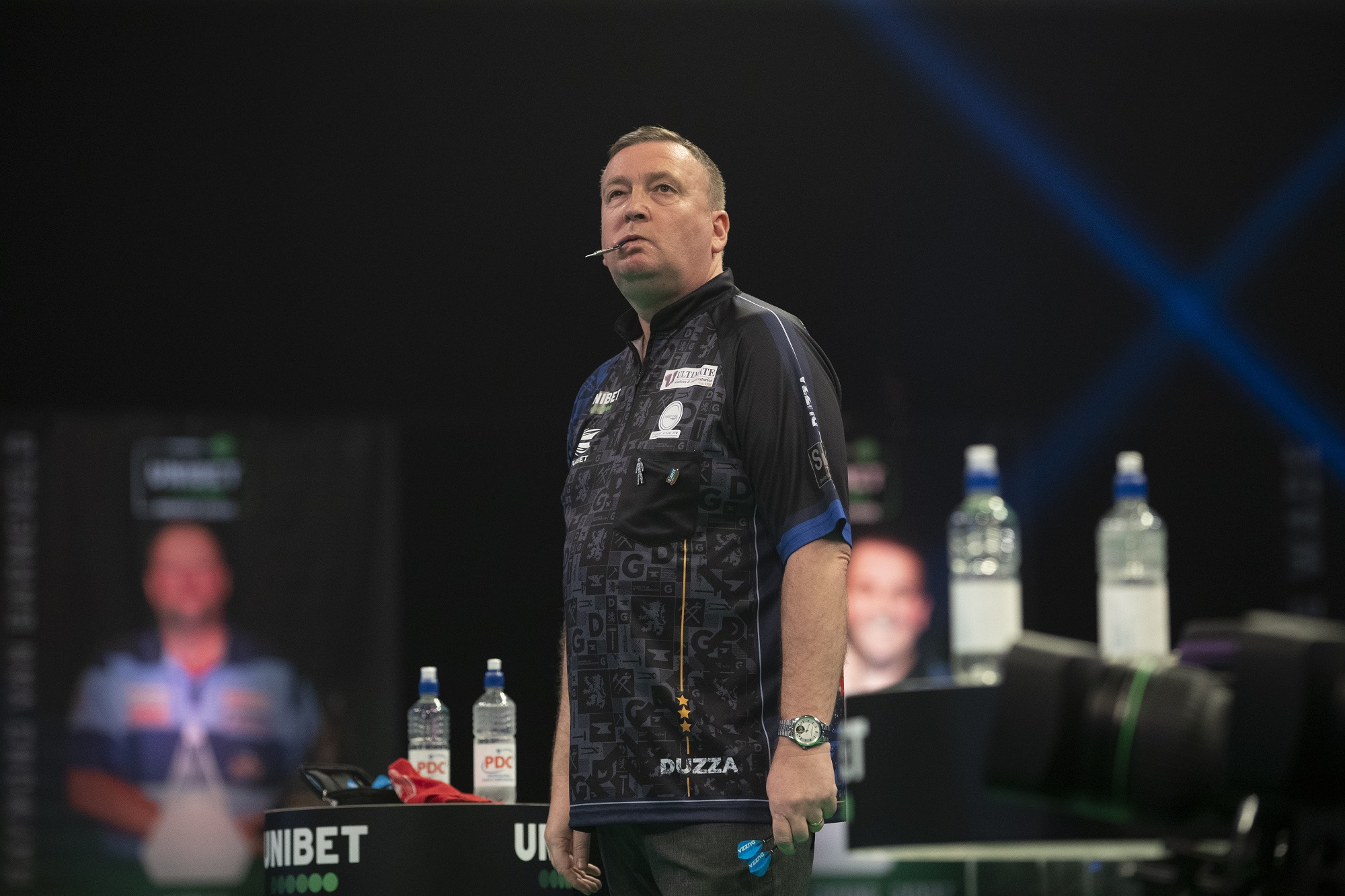 Glen Durrant has opened up about his battle with Covid-19 in an exclusive interview with Online Darts.

The three-time BDO world champion was forced to pull out of last month’s International Darts Open after testing positive for coronavirus.

Durrant, who lifted the Premier League title in October, was due to compete in the final European Tour event of 2020, but had to self-isolate instead.

“It was the worst virus I’ve ever had”

The Middlesbrough native took some time out of his Ladbrokes Players Championship preparations to reflect on those difficult couple of weeks.

“I’ve only had the flu once, I’ve had a thousand colds and jaundice as well [but] it’s by far the worst virus I’ve ever had,” Durrant told Online Darts.

“It’s like flu times three. I had a massive headache, a total lack of energy [and] I even popped a rib with the severe coughing.

“It’s the most poorly I’ve ever been, even to the point where I rang 111 because I wanted to go to hospital. I just wanted someone to give me a magic tablet to get better again.

“I was watching the darts and at that point I couldn’t even hit a big 20. I’d throw three darts at the board and have sweat dripping off my head. It was a very, very difficult period.”

The 50-year-old received his positive test result just minutes before he was due to travel across Germany, leaving him stranded, confused and frightened – until PDC chief executive Matt Porter became Durrant’s knight in shining armour.

Durrant explained: “The initial [reaction] was shock. We were literally putting our passports in to go from Frankfurt to Dresden. I can probably put it down [as] one of the worst days of my life.

“I owe an awful lot to the creative problem solving of Matt Porter. He was a calming influence on a 50-year-old scared man because I just did not know which way to turn.

“Matt got in touch with the British Embassy and they found a company that would transport Covid-positive people. It was Christmas for me right there. That was probably the best present I could have got.

“I got home and that’s when the symptoms really started.”

Durrant returned to the oche for the BoyleSports Grand Slam of Darts earlier this month, despite not being fully fit.

He lost all three Group F matches, to Jermaine Wattimena, Damon Heta and eventual runner-up James Wade, but there was no question ‘Duzza’ would miss the tournament.

“The Grand Slam was the tournament where I showed the world I could play darts,” he said.

“There are so many PDC fans who didn’t have a clue who I was. The Grand Slam means an awful lot [to me].

“I thought I needed some inspiration. I didn’t know whether it was [because of] Covid, I didn’t know if it was [a] technical [reason, and] I thought being on a stage, live on Sky Sports would be that spark that I needed.”

He added: “Life’s all about challenges. It’s easy when you’re winning, the highs are great. The lows are when you really test yourself.

“It’s a testing period but don’t ever feel sorry for me. If I never win another dart game again, I’ve over-achieved. I’ll always be a happy, happy man.”