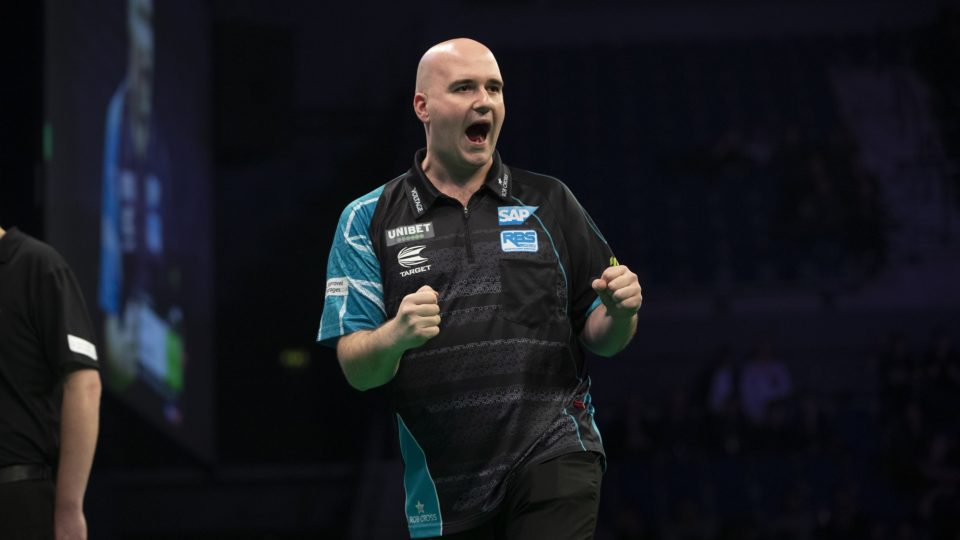 Rob Cross pulled off a shock Premier League Darts victory over last night’s nine dart hero, Jonny Clayton. On the back of it, had some strong words for his critics. One person in particular bore the brunt of it.

“Wayne (Mardle) gave me a bit of stick tonight, it wouldn’t be unusual.

“But at the end of the day yeah, I stand up there as a dart player. The things I do, I come off and I will always hold 100% responsibility for whatever happens.

“If I want to pause, if I don’t want to throw for the bullseye I won’t.”

Cross, who continued his resurgence in form this week, completed a 7-3 victory over the Ferret by doing things his own way. In his interview, he was clear as to why.

“I pay my own bills”

“If Wayne wanted to, have that much of an opinion, tell him to pay my bills and I will throw the way he wants. And to be honest with you, I’ve got no problem with that.

“When he starts feeding my kids mouths, he can do that. But apart from that, if he’s not doing that, then he’s irrelevant.”

“I will always do what I want to do”

“If he feeds my kids yeah, I’m happy. Do you know what I mean? Let him do it, he can have an opinion on me.

“When he stops, when he doesn’t want to pay my bills, don’t judge me. Because I’m my own boss, I’m my own thing up there.

“I will always do what I want to do. And at the end of the day. No one else can tell me any different, and I will never listen because I pay my own bills.”

Voltage, the world number five, made it clear that the comments of others didn’t affect him. No matter what anyone had to say, he would always be the harshest judge of his performances.

“I’m the world’s biggest critic on myself, because when you’re not playing well enough, you know you’re not good enough. What can you say to butter that up?

“I don’t need anyone else to give me opinions.”

Watch the full interview below…

Fireball finishes with a win ☄️

Burton into the Final