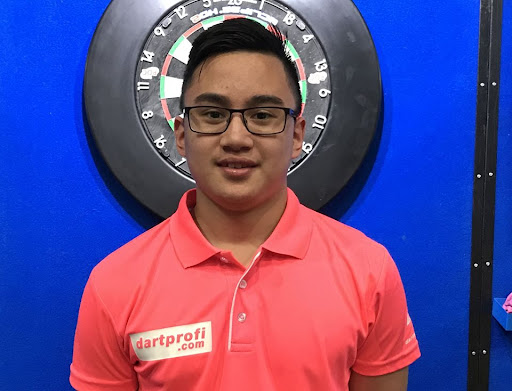 Rusty-Jake Rodriguez and Sebastian Bialecki have shared the spoils of events 7 and 8 on the EU Development Tour.

Rusty-Jake Rodriguez has extended his lead at the top of the EU Development Tour order or merit. The Austrian won event number 7 to open today, and add another £2000 to his tally.
Polish Ace Bialecki jumped up to fifth place in the rankings, keeping his narrow hopes alive of a Grand Slam spot.

Heading in to this weekend, Rusty-Jake Rodriguez had won half of all EU Development Tour events in 2021. A staggering level of consistency for the 20 year old.

He ensured that record would at least continue by the end of Friday by winning event 7, beating Fabian Schmutzler in the final.
Wins against Van Velzen, Rehak, Ven der Velde and Niko Springer gave Rodriguez safe passage to the last 16.

From there he beat Czech Republic’s Tomas Houdek, Polish star Bialecki, and Dutchman Geert Netjes to reach the final. A run that included three 100+ averages, and a level that didn’t drop below 91 all day!

In the final, debutant Schmutzler stood in the way, and put up a valiant effort. The 16 year old from Frankfurt had already beaten a host of names including Justin van Tergouw and Maikel Verberk to open his PDC career. However, Rusty-Jake, as he has on so many occasions this season, proved to good, and won the final 5-3.

Sebastian Bialecki is no stranger to PDC title’s, having won a challenge tour earlier this year!
However, EU Development Tour event 8 represented new ground for the 17 year old Polish ace as he picked up his Maiden dev tour title.

Having been denied in event 7 by eventual winner, he would make no mistake this afternoon.
Opening with victories over Stein, Jansen and Van Malsen.
Ole Holtkamp was up next and defeated 4-1, before back to back victories over Czech opponents. Tomas Houdek and Roman Benecky managed just 3 legs between them as they fell 5- and 5-2 respectively.

In the final, Geert Nentjes looked like he would be the man to take the £2000 prize money as he jumped out to a 4-3 lead. But back to back 17 dart legs for Bialecki ensured he pocketed the top money.

With 4 events to go on the European Dev Tour Rusty-Jake holds a £5,350 lead over Niels Zonneveld, with a maximum £8000 available to the players.
Should Rusty-Jake finish top of the order of merit he will join Jonny Clayton, Mervyn King and Bradley Brooks in group B at the Grand Slam of Darts next weekend.