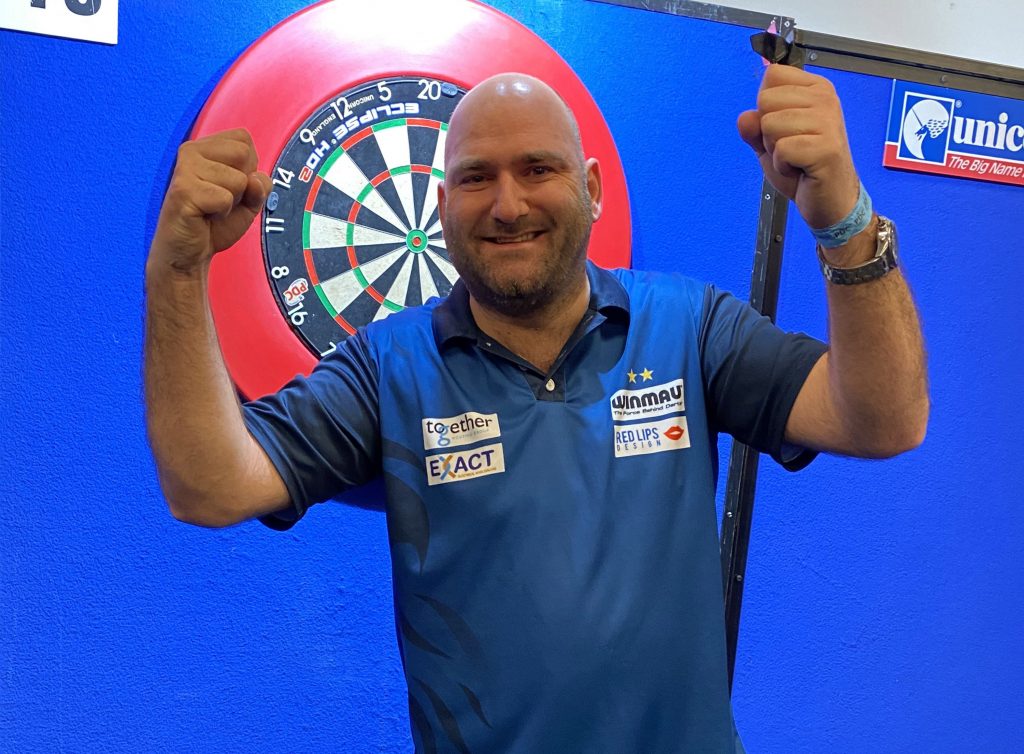 Scott Waites believes he can make a real impression on his World Darts Championship debut.

The Yorkshireman came from 1-0 and 2-1 down to win a titanic first-round tussle against Matt Campbell 3-2.

He now faces Nathan Aspinall in round two.

Waites said: “Towards the back end of the year, you’ve got to make sure you put a bit of time and effort in to try and get to a standard where you can compete with all these guys.

“I’m not far off but I’m not there yet. But on my day I don’t see why I can’t beat anybody.

“I do think I can take Nathan all the way. Nathan’s had a bit of a rest, I’ve had a bit of a practise so you never know. I look forward to that game.”

Waites was forced to dig deep against Campbell with every set going to a deciding leg – but the two-time BDO world champion finished with a flourish, winning the match with an impressive 11-darter.

He said: “There’s no way I played 24 legs previous to lose [that] game.

“I think that was one of the best games of darts I’ve played in my life.

“Matt Campbell; what a good dart player he is. He’s got nobody to practise with. For him to get up on that stage and throw like he [did], that is absolutely unbelievable. He is some dart player.”

Waites left the ill-fated BDO last year and gained his PDC tour card at the beginning of 2020.

The 43-year-old also quit his job as a joiner to concentrate on darts full-time.

“Towards the back end of 2019 you knew it was not going to go anywhere, so the players had to make a decision,” he said of his departure from the BDO.

“The only decision for me was to have a go in Q-School again, a real proper go, and try and win a tour card.

“If I hadn’t have got my tour card I’d have probably been sat on my settee, watching this at home.”