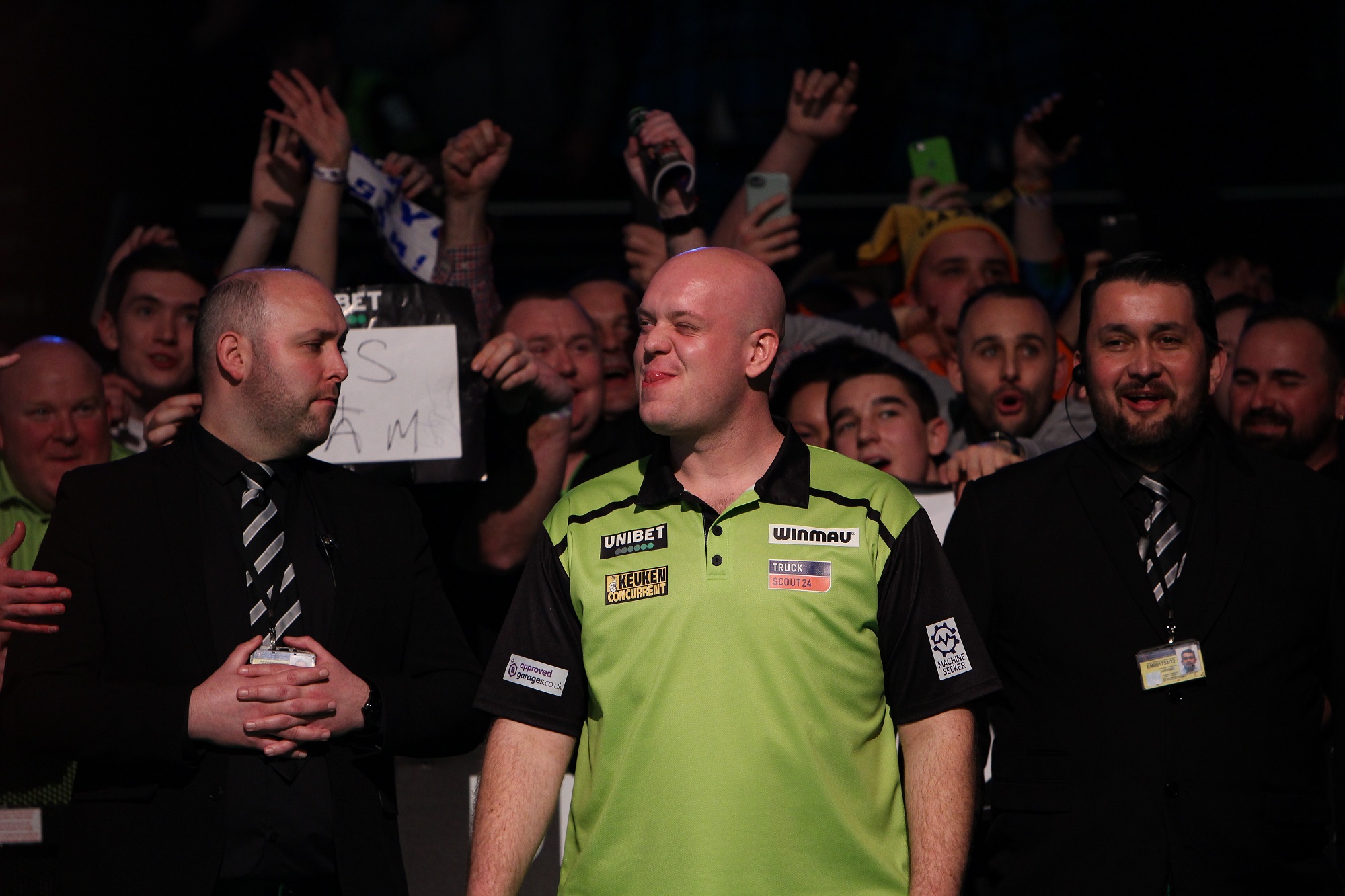 Michael van Gerwen fires a warning to his rivals, as MvG looks to carry on where he left off at the UK Open.

van Gerwen Fires A Warring To His Rivals

In the build-up to the PDC Summer series and World Matchplay world number one Michael van Gerwen, has thrown a warning out to the rest of the field. Speaking to Darts1.de MvG is the longest PDC world number one of all time, something he has no plan of letting go of anytime soon.

Van Gerwen believes that when he’s at the very top of his game, he is vertically unbeatable even if the rest of the players play their best games.

“If everyone plays their A-game, the only one who can beat me is myself. Simple. They know that they won’t admit it, but they know it’s true! If I play good I know I’m going to win. Everyone knows that,

“To do that 365 days a year is a big ask of myself so you need to plan everything in the year right and don’t make any mistakes. If you make mistakes, they will bite off my whole hand.”

Van Gerwen did offer some kind words about his rivals Peter Wright and Gerwyn Price.

“Of course, they are great players. Look at Price how he progresses himself is insane. Peter Wright as well, he totally deserved to win that title. I have to play my A-game then we see who’s going to win.”

We will see how van Gerwen’s for is starting this week in Milton Keynes, as the PDC Summer Series starts this coming Wednesday live on PDCTV. MvG has drooped down to number eight on the Pro Tour Order of Merit, following the ranking adjustment. So the world number one will be hungry too but that right, as he hates not being number one on any of the ranking tables.

Following the PDC Summer Series, the World Matchplay starts on the 18th July also in Milton Keynes behind closed doors. It’s exciting times for darts fans as the sport restarts following the forced break due to COVID 19.