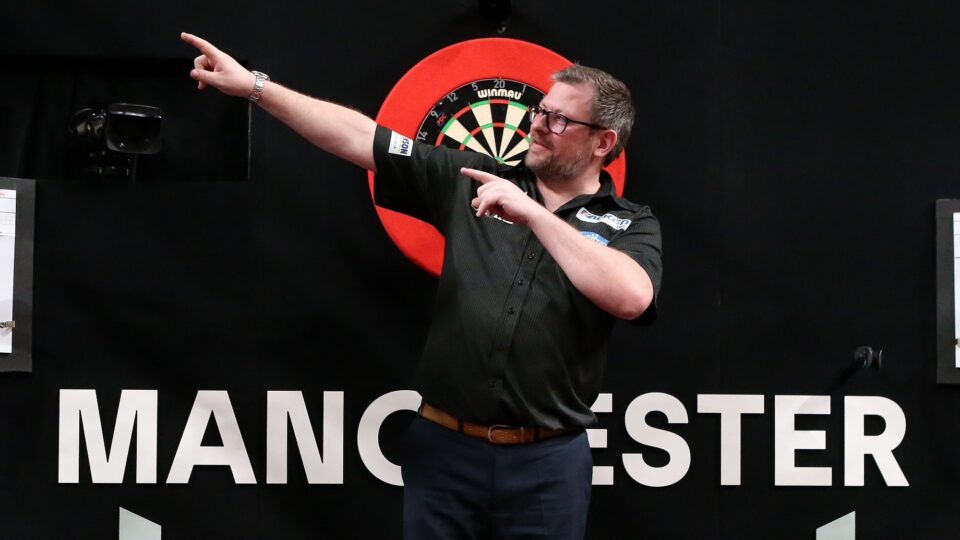 Wade wows in front of a record crowd in Manchester.

With a stellar performance on Thursday night, James Wade delighted a UK record 12,000 audience in Manchester to capture his first Cazoo Premier League night win of 2022.

During the first nine weeks of this season, the 2009 Premier League champion was denied in three prior finals, but he bounced back in style to ultimately win a £10,000 winner’s prize.

Wade was in fine form throughout the night, winning 6/11 doubles over Gary Anderson and Gerwyn Price, both by 6-2 scores, to advance to the final.

In front of a bumper AO Arena crowd, he had a see-saw struggle with Cullen before gaining a stunning win in the deciding leg.

Cullen jumped off to a 2-0 lead as he went for his second win of the season, starting with a 14-dart break of throw and then taking out 107 darts.

Wade, on the other hand, fired legs of 13, 14, and 14 darts to take the lead, before the two traded amazing darts for the next five legs as the final went all the way.

Wade was first to a finish in the decider, taking out 64 on tops to complete the victory, averaging 105.48 and finishing six doubles out of nine tries.

“I’ve done it at last – I’m super happy!” said Wade, who was the runner-up in Belfast, Birmingham and Leeds.

“You’re playing against, in my opinion, the eight best players in the world every week, and it’s hard work. If you hit a 60 at the wrong time, you get bashed.

“I nearly gave it away on two occasions there but I was fortunate enough and I prevailed. I think I was the better player so it was all good.

“I’m trying as hard as anyone, probably harder than most people, and I believe I’m one of the best. I’m here for a reason.

“I feel I’m mixing with them and I’m glad to be here. I’m so nervous up there but at times I’m close to my best game.

“I’m enjoying myself, playing good darts at times. I’m playing against the best eight players in the world, which is an honour for me.”

Next Thursday, the Cazoo Premier League season continues with a return to P&J Live in Aberdeen, where Scottish superstars Anderson and Wright face Clayton and Cullen, respectively.

After that, Wade will face Smith, and then Price will face Van Gerwen in a thrilling quarter-final.