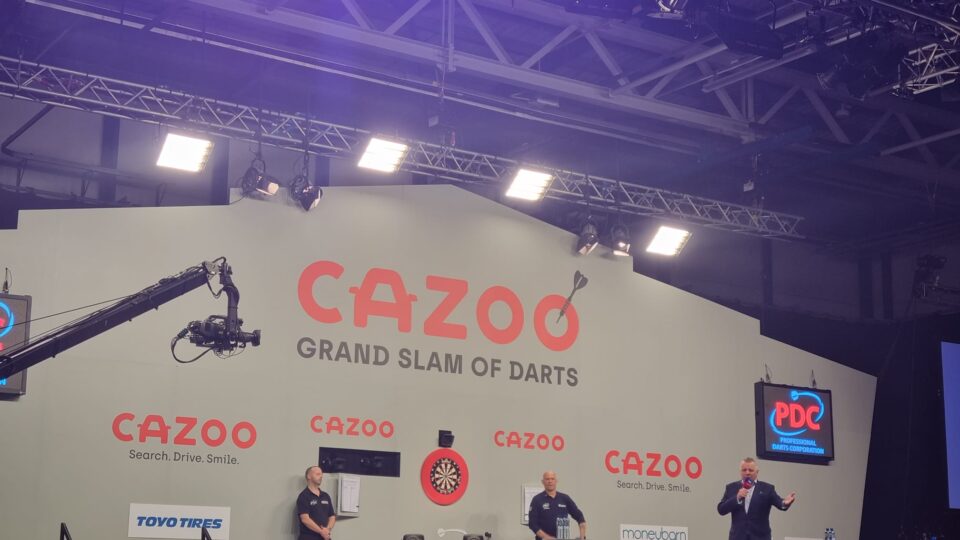 After eight days of terrific action, the final day from Aldersley Leisure Village in Wolverhampton sees the semi finals and final contested.

Following two great nights of quarter final action, we know the final four. Sunday promises to bring us a fantastic day of action. There’s £125,000 on offer to the winner and we have three of the world’s top four in action. But, who will come out on top?

Can Price continue his Wolverhampton dominance?

The Iceman, a two-time champion at the Grand Slam of Darts in Wolverhampton, takes on a resurgent James Wade in the first semi final, having beaten good friend Jonny Clayton on Friday evening.

Wade, who earlier in the week said that he’s allowing himself to enjoy himself more on the oche, booked his semi final place with a hard-fought 16-14 victory over Rob Cross.

Wade actually edges the head to head record, however Price has won their last two meetings. Although, the pair haven’t met since the PDC Summer Series of 2020.

Will it finally be Smith’s time?

On the evidence of Saturday evening’s win over Michael van Gerwen, it could well be. There was a maturity about the performance from Smith, keeping his emotions in check and not getting embroiled in a battle of bravado with the Dutchman.

Smith, hit fourteen 180s along the way, 5 of these coming in the first 5 legs. He eventually ran out 16-13 victor, despite a small wobble after reaching 15.

He takes on Peter Wright, who had to find his best to overcome a fantastic performance from Fallon Sherrock.

It was a remarkably similar semi final in terms of the stats, to the one of his next opponent. Wright himself hitting fourteen 180s on his way a victory by the same scoreline, 16-13.