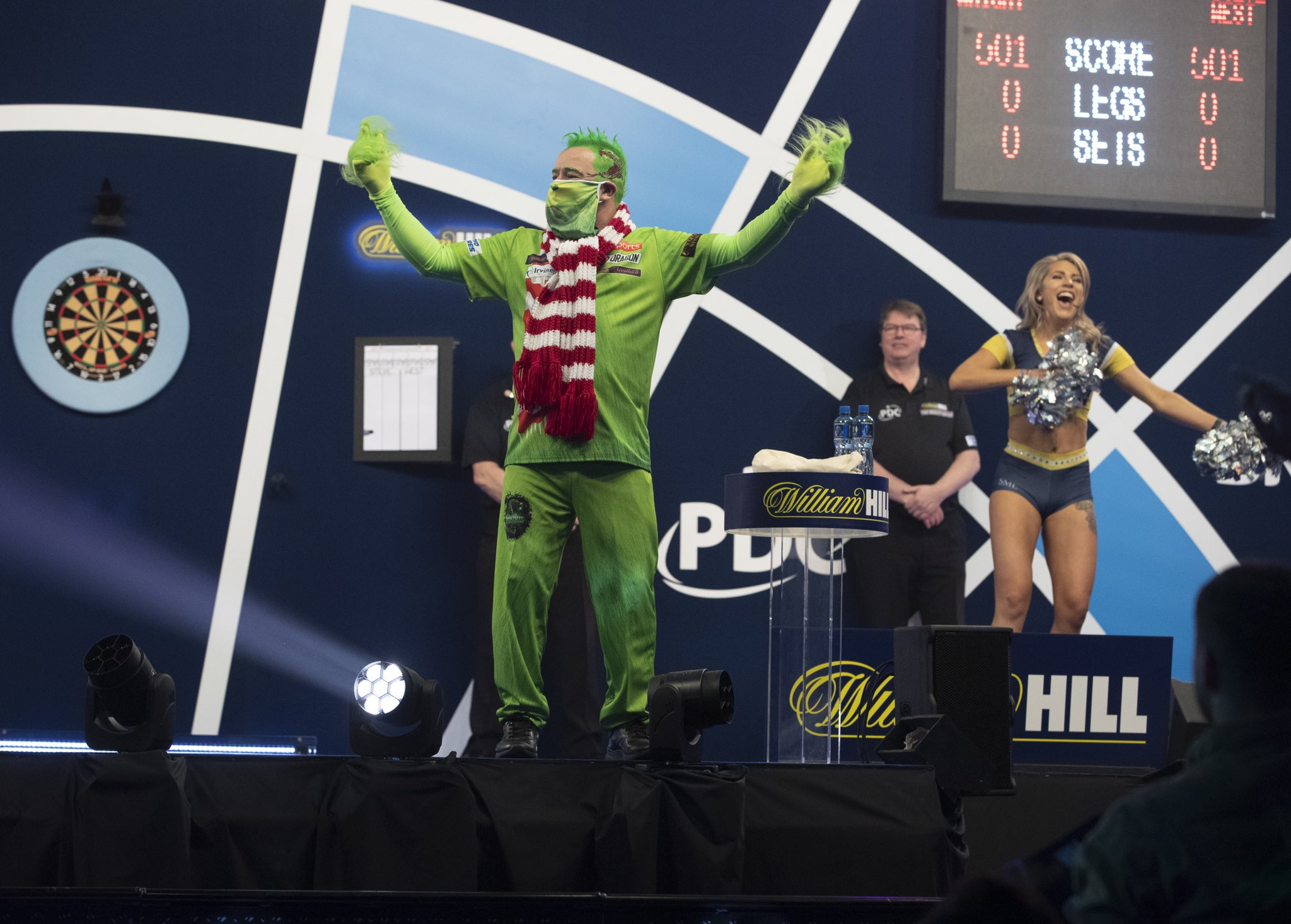 After 346 days of waiting, the first of the 28 sessions to determine who will win the 2022/23 PDC World Darts Championship gets underway today.

Defending champion Wright is the headline act on opening night, which also sees two young stars on the bill.

Here’s what to look out for on day one of the 2022/23 PDC World Darts Championship.

The victor in the opening match of the tournament will be sticking around at Alexandra Palace this evening. They will have the reward of playing world number two Snakebite in the last match.

The first game is Mickey Mansell v Ben Robb. Mansell has not had a brilliant year, with his best performance reaching the last 16 on one of the Euro Tour events, and two last 16s on the Pro Tour. He needs to do that again at this tournament, which would be the best performance of his career, to save his tour card and avoid going to Q-School.

Ben Robb has never made it past the first round before at Ally Pally, but has looked excellent when playing at the MODUS Super Series. Who will take the victory and play Wright?

Speaking of Snakebite, it’s been a tough year for him personally, with his wife Jo recovering from illness. He’s reached the world number one spot for the first time in 2022, but just has one Euro Tour tournament win in 2022 to go alongside his Worlds victory. Can he though find the magic touch tonight and start a run towards a third World Darts Championship victory in three years?

Barry and Rafferty involved in other two clashes

Both Northern Ireland and the Republic of Ireland will have keen eyes on the remaining two clashes on opening night this evening.

Keane Barry is one of the highest rated young prospects in darts. A former BDO World Youth Champion, he made the semi finals of the UK Open earlier this year and played an outstanding game against Jonny Clayton on this stage 12 months ago, losing 3-2 in the second round. Barry plays Grant Sampson second game on, where his opponent will be making his debut on the Ally Pally stage. Sampson made it through the African qualifier, with the South African beating Devon Petersen en route to victory. The winner faces Kim Huybrechts tomorrow afternoon.

The third game sees Northern Ireland’s Nathan Rafferty play Jermaine Wattimena. Wattimena has once again been very good on the Pro Tour and made the last 16 of the Grand Slam as well this year. However, his record at Ally Pally is not good. He lost 3-0 to Boris Koltsov last year in round one and was involved in one of the greatest second round games in history in 2020, losing 3-2 to Luke Humphries in an utter classic.

Rafferty meanwhile qualified through the PDC Development Tour, after he made the final of the World Youth Championship last year, losing to Ted Evetts. This is his debut on the Ally Pally stage, but who will move onto round two and play Grand Slam of Darts champion Michael Smith on Friday night?