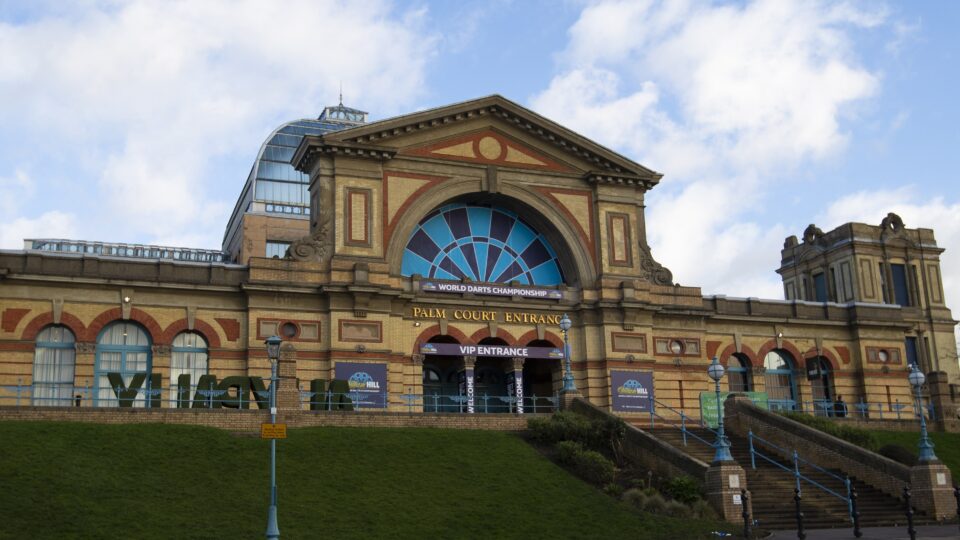 In this article, we’ll tell you:

Where will the PDC World Darts Championship take place?

For the 16th straight year, the PDC World Darts Championship will be played at the Alexandra Palace, London. It will happen from Thursday 15 December 2022 to Tuesday 3 January 2023.

All standard tickets are sold out.

Who’s involved and how does the draw work?

The Pro Tour players and the qualifiers play each other to take on a seed in round two.

The two semi final winners will play in the final, with the victor winning the PDC World Darts Championship.

You can view the full draw on our website.

World number one Gerwyn Price will defend £500,000 on his Order of Merit ranking, having won this title two years ago. If he does not regain his title, he could drop to fourth in the world.

Gary Anderson is defending £200,000 on his ranking, after finishing runner up. He could drop to number 22 dependent on results.

You can view the live Order of Merit on the DartsRankings website.

What’s the schedule of play for the 2022/23 PDC World Darts Championship?

You can view the schedule of play and results on our website.

Michael van Gerwen has had another stellar year. Wins in the Premier League, World Matchplay, World Grand Prix and Players Championship Finals mean he is once again the current favourite in the betting market with our official partners Betfred. The Green Machine is 5/2 to lift the Sid Waddell Trophy for the fourth time.

World number one Price is the second favourite at 6/1, despite only winning the World Series of Darts Finals on TV in 2022. Grand Slam of Darts winner Michael Smith is third favourite at 15/2, while defending champion Peter Wright comes next at 11/1.

Multiple Euro Tour winner Luke Humphries is next at 14/1, while World Youth Champion Josh Rock is sixth favourite at 16/1, despite never playing on the Alexandra Palace stage before.

How can I follow the 2022/23 PDC World Darts Championship?

The 2022/23 PDC World Darts Championship will be shown live on Sky Sports in the UK and Ireland. If you’re outside the UK or Ireland, you can watch it via the PDC broadcast partner in your country, such as Viaplay or DAZN.

In the UK, there will be live radio commentary on most sessions via talkSPORT or talkSPORT 2.

We’ll also have you covered here at Online Darts, with reaction from winners direct from Alexandra Palace. Head over to our YouTube channel and hit subscribe so you don’t miss a video.

We’ll give regular updates on:

Finally, after the games are done, join us for The Fallout Bar. Our team will get you caught up on all the stories of the day, plus have interviews from the headline makers. It will be broadcast live on our YouTube channel straight after play on every day of the tournament, and be available to download as a podcast the following morning from all good providers.

Follow all the drama of the 2022/23 PDC World Darts Championship with us here at Online Darts.