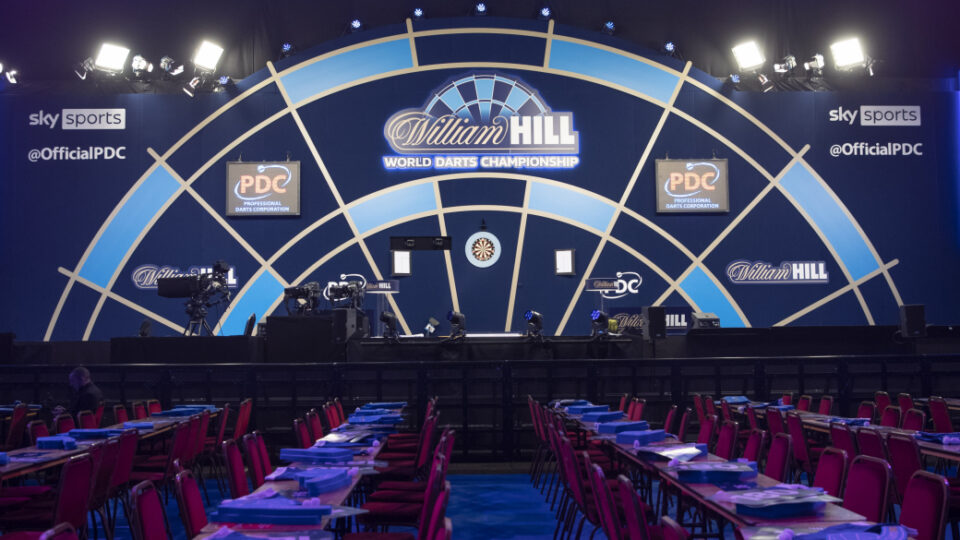 The regular darts season is at an end. It’s time to hand out the big prize. The PDC World Darts Championship. The one that every player associated with this organisation wants on their CV.

As the late, great, John Gwynne once said: “Blackpool in July. London in December.” While he was describing Michael van Gerwen hitting a magical nine dart leg in the semi finals in the 2013 event (on his way to 17 perfect darts of course), he could easily have been talking about when darts players want to peak.

The Betfred World Matchplay in Blackpool every summer is the most important leg play title to win. It’s the second most important tournament on the calendar. It does not scratch the surface in terms of importance when it comes to this, however.

Welcome then, to the biggest three weeks of the darting year. Strap yourself in.

“Your name has a chance to be remembered forever”

Darts is followed keenly by a large group of people. There’s no doubt in that. However, with it being Christmas and more people able to be at home, this tournament gets viewing figures across the world that other tournaments (and some sports) could only dream of.

The added TV exposure that the Worlds gives you means that essentially, your year is based on this event. If you’ve had a great year, but fall early, the casual viewer will not know just how good you can be. Similarly, if it’s not been your best 12 months, but you go deep into this tournament, your year, and potentially career, could dramatically change.

Then add in the venue itself. Alexandra Palace, with its huge fan zone that you do not get anywhere else, plus crowd numbers well in excess of 3000 per session. It feels different. The noise. The atmosphere. When you walk into the place and hear that roar of the crowd for the first time, it is spine tingling.

Then of course, there is the history. This is the 30th year of the PDC World Darts Championship and when many people talk about their favourite game, it mainly is a classic at this event. Yes, there are the odd few that aren’t, but it is Christmas time where fans are first hooked on this special game.

John Part v Taylor 2003. Taylor v Raymond van Barneveld in 2007, considered by many to be the greatest game ever played. Rob Cross v van Gerwen in 2018. The list goes on.

Your name has a chance to be remembered forever, particularly if you win this event. The question is, who will take that chance?

A very familar feel at the PDC World Darts Championship

The last two years, it’s been quite difficult to try and predict who will be favourite for the PDC World Darts Championship. This year however, it’s a familar name.

MvG. The Green Machine. Mighty Mike. Whatever you do call Michael van Gerwen, there’s no doubt he’s the man to beat. After winning the World Matchplay, Premier League, World Grand Prix and Players Championship Finals, he’s looking to round off a sensational year with his fourth world title.

With MvG hoovering up a few big prizes, there’s been little for anyone else to win. After reaching multiple finals this year, Michael Smith finally broke his TV major duck in November, winning the Grand Slam of Darts. Now that’s he found one, can he go one better than last year and lift the big one?

Danny Noppert, Ross Smith and Joe Cullen have all also tasted success on the big stage this year, so could they also become multiple champions in 2022?

What it has meant is that while they’ve been fighting over the world number one ranking all season, Gerwyn Price and Peter Wright have won little between them. In fact, Price only has the World Series of Darts Finals to show for his efforts, and he’s defending £500,000 on his ranking this year. If he fails to win, he could drop as low as fourth in the PDC world rankings.

Defending champion Wright has yet to win another title this year, although he has more pressing issues to worry about this year with his wife Jo being ill. Still, he loves Ally Pally, having won two of the last three titles. Could he make it three out of four and put himself in discussion as one of the truly great players to ever pick up a dart?

Then of course, there are other headline makers. Four time winner on the Euro Tour this year Luke Humphries is looking to finally win his first TV title. Josh Rock, the World Youth Champion and young superstar, is looking to end a magical debut year by completing a sporting fairytale.

Then of course you have the likes of Nathan Aspinall, who’s made two TV finals this year and looks back to his best. Will this be the year that James Wade wins the one trophy that has always eluded him? What about Gary Anderson, who was runner-up here two years ago. Could he have another magical run?

You’ve also got three extremely talented ladies in the field in Lisa Ashton, Fallon Sherrock and Beau Greaves. Greaves won the WDF Women’s World Championship in April, and has won all eight PDC Women’s Series events she’s played this year. Could she send similar shockwaves at Ally Pally in the same way Sherrock did in 2019? Will Ashton finally get her first win at Muswell Hill?

Or will it be someone else in the 96 that puts the spotlight on them?

Who will be the one that history remembers forever?

The time for questions are over. It’s time for the darts to do the talking.