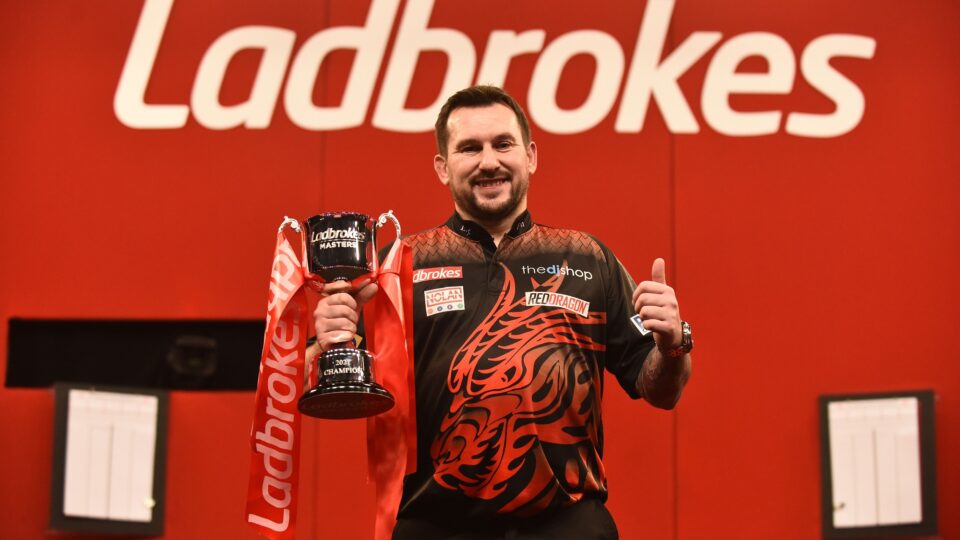 Just less than four weeks since Peter Wright lifted the Sid Waddell Trophy, PDC action returns to our screens, as 24 of the top 26 players in the world will be looking to pick up The 2022 Masters title.

Danny Noppert and Nathan Aspinall are the two players within the top 24 who will not be in action this week with Danny Noppert withdrawing to remain with his partner for the birth of their first child, and Aspinall missing out due to injury.

Will Clayton retain the title?

Jonny Clayton had the best year of his darting career in 2021, which started with a Masters victory last year behind closed doors. The final became even more important when it was announced the winner would get a place in the Premier League.

Jonny Clayton showed in that final he had the nerve to mix it with the best in the sport, after picking up his first silverware in Milton Keynes, before returning to the Marshall Arena to lift the Premier League just a few months later.

The Ferret returns to Milton Keynes knowing he will need to be at his best to continue his run at this venue. If games go with seeds, Clayton will need to defeat Dimitri Van den Bergh and Gerwyn Price just to make it into the last four but it will take a brave man to back against the Ferret in this arena.

The top three players go into this weekend as tournament favourites with Jennings Bet.  The Current World number one leads the market.

Gerwyn Price will be looking to start 2022 with a bang. At the start of last year The Iceman had won his first championship and was expected to go on and pick up a number of TV tournaments.

Price picked up a number of titles last year but none on TV. After his defeat in the Quarter Finals in the World Championship, Price will be looking to bounce back and get back into the winners circle, starting his campaign with an encounter against either Ryan Searle or Mervyn King on night two.

When we talk about TV titles we expect Michael van Gerwen to be included within that discussion, however The Green Machine also struggled in 2021, but did lift one when he defeated Fallon Sherrock to lift the Nordic Darts Masters in September.

Michael’s preparations have been full throttle in January, with Michael taking his dart board with him on his family holiday, before spending time with normal practice partner Vincent Van der Voort, to make sure he’s ready when he meets the winner of Humphries or Petersen on Saturday evening.

The third favourite for this tournament is the player who has picked up the last two TV tournaments including the big one, The World Championship. The last time he won the Sid Waddell trophy he followed it up with success in Milton Keynes.

We are not quite sure how much time Snakebite has had on the board since he lifted the beautiful trophy, with media commitments, and his daughter’s wedding, and as always we don’t know what darts he will use in Milton Keynes. We saw in 2021 that Peter Wright knows how to win trophies not playing at his best which we saw in Minehead when he lifted the Players Championship.

Can one of the top three take the Masters Title from Clayton or will we see an outsider pick up the silverware?

A number of players will be looking to bounce back from disappointing World Championships for different reasons.

Dave Chisnall was forced to withdraw from the tournament due to contracting Covid and he faces Stephen Bunting who will be keen to bounce back from his round two exit to Ross Smith at Alexandra Palace. The winner of that clash will face James Wade in what they will feel will be a winnable encounter.

Rob Cross defeated both Raymond van Barneveld and Daryl Gurney at Ally Pally before falling to Gary Anderson, he will fancy his chances of getting past a recently out of sorts Jose De Sousa if he can negotiate his way past Brendan Dolan on Friday night.

Joe Cullen plays Daryl Gurney in round one in a match which screams 180s, Gary Anderson awaiting the winner of that clash.

Second Round – Best of 19 legs